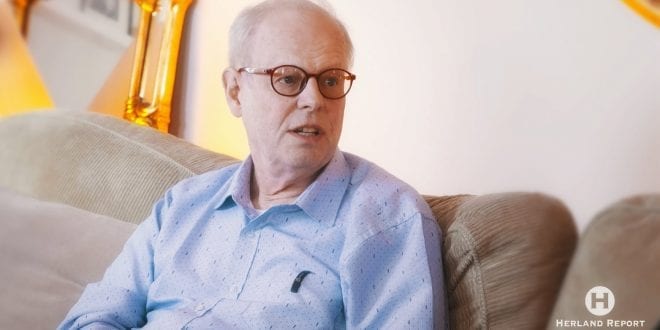 The Herland Report TV: We are honored to have produced several TV shows with former research professor at PRIO, Dr. Ola Tunander, who is an expert on Libya and How media lies destroyed Libya. Watch it here:

“There were nobody in Norway that were against the military engagement in the Parliament. This was very different from Vietnam and Iraq where you had massive protests from not only, but primarily from the left-wing.”

:Now, they succeeded to buy the whole left wing, the social democratic party and the very left wing parties, to include them in the action for a war. This is, I think, a new phenomenon,” says Dr. Ola Tunander, professor at the Peace Research Institute Oslo (PRIO, Norway) from 1987-2017.

We focus on How media lies destroyed Libya in a series of programs, examining the period before 2011 when Libya was Africa’s richest country, the NATO engagement in 2011 and the present terror and militia rule. The series of programs with Dr. Tunander is part of the effort to highlight the Libyan case.

Dr. Tunander says: “There are many people who believed that when you took away the “Dictator”, the people would create a democracy. That didn’t happen. Actually, the conflicts in Libya were very much tribal conflict between different groups and also, to a certain extent, religious conflicts between Islamists and other more moderate and secular forces.”

“Mustafa Abdul Jalil, who became leader of the National Transitional Council, and immediately from being Minister of Justice became the leader of the revolt. He said that they would not have any agreement with the Gaddafi regime. The regime has to be removed. Otherwise they would die.”

“I think the whole approach was very sophisticated because they knew they could not go in like they did with Iraq with forces and so on. This would not be successful. That was what Clintons special advisors said. They said that this was much more clever to have Arabs doing the job.”

“Hillary Clinton said that this operation was an aid to Arab offensive. It was something that she would like to see for the future.”

She was born and raised in Africa, has lived in South America and currently in the Middle East, and traveled extensively in Asia.

Previous Foreign Aid a form of drug addiction #Gaza, Gerald Steinberg
Next Western Madness: Who are the victims, the vulnerable?