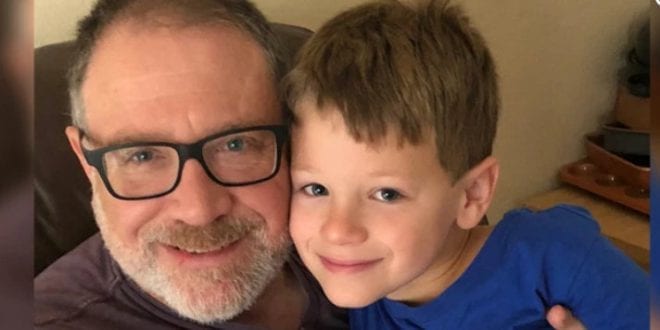 Herland Report: This is America in 2019: Where the so-called experts purport to believe that a little boy can declare that he’s actually a girl and the supposedly loving and correct thing to do is give him puberty blockers, administer cross-sex hormones, and possibly encourage him through “medical transition” — the surgical removal of his penis — which is, in layman’s terms, mutilation.

Where eleven Americans sided with the “experts” against a father trying to protect his son and removed his ability to do so.

Where government interference in the form of a court decision in a family dispute puts a child’s welfare at risk, in rebellion against nature, reason, and moral decency, writes Chris Pandolfo at ConservativeReview.

It is past time for social conservatives to stop expressing shock as transgenderism becomes protected by American law and start changing the law to end the abhorrent practice of allowing children to be given hormone therapy.

Conservatives may make the argument from reason — the dangerous health risks of puberty blockers are well documented, and so to protect children, at the very least, these hormone “therapies” should be outlawed for children under age 18. But we must press the moral argument.

In the case of someone struggling with gender dysphoria, there is no deformation of the body. Gender dysphoria is a mental affliction.

The proposed cure from transgender advocates for this mental illness is not to correct the mind, but to deform the body with chemicals and mutilating surgery to affirm that illness.

A horrific lawsuit in Texas is demonstrating that the biggest threat to the family and the welfare of children by an overreaching government is not coming from Washington, D.C., but from a jury of your peers.

On Monday, in the supposedly conservative state of Texas, 11 of 12 jurors stripped a father, Jeffrey Younger, of his parental rights and ruled that he cannot stop his ex-wife, Dr. Anne Georgulas, a pediatrician, from putting one of their seven-year-old twin sons through hormone treatments for gender “transition.”

The jury’s decision, according to LifeSiteNews, gives Georgulas “full authority to start him on puberty blockers and eventually cross-sex hormones.”

Younger also lost the right to make decisions about his sons’ medical care, education, residence, and other parental rights.

This case is part of a custody battle in which Younger argues that his ex-wife is “transitioning” their son James against the child’s will.

Georgulas, who brought the lawsuit, contends that James is a girl, calls him Luna, and wants custody over him and his twin brother, Jude.

She is not the biological mother of the children, as the twins were conceived via in vitro fertilization with an egg donor.

Georgulas is also asking for Younger’s visitation times with the children to be limited and supervised and also wants him to be forbidden to call James by his given name and prohibited from bringing him around people who do not “affirm” the boy as a “girl.”

Testifying on Georgulas’ behalf were therapists and counselors who claimed James told them he is a girl.

They argue that the correct and loving approach to James’ gender dysphoria is “affirmation” — giving the child puberty blockers and cross-sex hormones to conform his body to his mind’s impression.

Younger, the biological father and an Orthodox Christian, is morally convicted that this is all wrong and is also concerned about the possible side effects of the hormone treatments his ex-wife plans to introduce to his son, which include lifelong infertility from chemical castration.

He says that when James is with him, he identifies as a boy and “violently refuses to wear girl’s clothes at my home.” But he lost his case.

As a result of the jury’s decision, Younger will likely be forced to take a class on transgenderism to correct his wrongthink. Full article here.