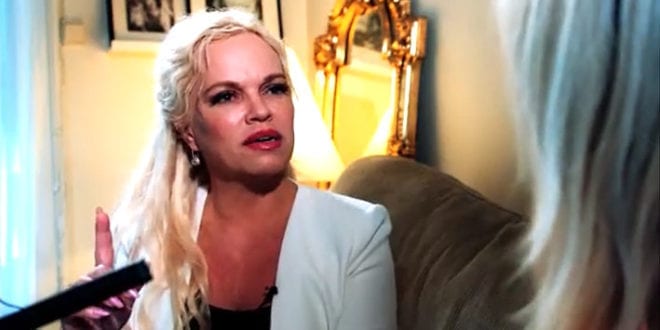 One way tolerance: Plurality is enemy in Progressive West – WND

The term “one-way tolerance” perfectly describes the situation where only one party is required to be tolerant while the other fails to show mutual respect. The term “tolerance” then loses its meaning and becomes a political and ideological tool to silence opposition.

The words of C. S. Lewis in The Screwtape Letters sum it up. He states that hell must be the state where everyone is concerned only about his own dignity and advancement, where everyone has a “grievance” and lives the deadly passions of envy, self-importance and resentment. This is a cunning game, to use man’s desire to be accepted against him, by tainting his name and pushing him out of the fellowship of men if he does not conform to the politically correct standards. Yet, this is our reality in the steady increasingly authoritarian West. Freedom of speech has become the enemy of state.

To call someone “intolerant” is now an effective weapon, just as the claim of feeling “offended” is used to eradicate opposition. “To show respect” equals speaking in such a fashion that the extreme-liberal progressive elite agrees with you.

“Disrespectful” is the one that states opinions that oppose the politically correct. The definition of what is deemed to be “tolerant and respectful” has become so strict that it quenches plurality and suffocates genuine free thought. Plurality of thought is the enemy now.

The original meaning of the word “tolerance” implies respecting the other person’s right to disagree with you, yet retaining your own opinion. It does not require that one party must yield to the other, or that the parties have to agree in the end. The right to disagree is precisely what distinguishes a democratic society from a totalitarian one.

Strong disagreement of opinion does not equal lack of tolerance. As a matter of fact, it is an ideal embedded in traditional democracies to value differences of opinion, to encourage it as public debate depends on it.

It is considered to be desirable that society is pluralistic, reflecting sub-groups with different values – some religious, some not – all living side by side and respecting each other’s right to prosper.

Author and pundit Greg Gutfeld in The Joy of Hate: How to Triumph over Whiners in the Age of Phony Outrage, speaks of “artificial tolerance” and “repressive tolerance,” stating that most of the time extreme liberals use the mantle of tolerance to disguise their own intolerance.

He attacks the double standards – a woman may be called any name imaginable, as long as she’s a Republican, a Christian may be widely harassed and ridiculed, but no one criticizes a Muslim, not to mention a homosexual. Let me add: – except for Milo Yiannopoulos, but he may be criticized only because he is a Conservative.

Gutfeld gives a number of examples, among them the strange phenomenon that anyone critical of Obamacare or illegal immigration, almost automatically is deemed to be racist. Not to mention feminists.

We have created a new frantic world of phony grievances and manufactured outrage, professing to be offended by other people’s opinions if these are contrary to your own. Tolerance has come to mean something completely different than its original definition: It is a way of slandering people to shut them up, attacking whoever disagrees with the liberal agenda.

By claiming that everyone should be met with “tolerance,” it becomes almost impossible to correct bad behavior. Gutfeld takes the example of gangs of youngsters who beat up adults in movie theatres and parking lots, harass girls the same age as theirs on social media and so on, and points to the fact that it becomes almost impossible even to address the issue – as one has to be “tolerant” towards these criminals, as “they have human rights too”.

Kirsten Powers’ The Silencing: How the Left is Killing Free Speech analyses how the American Left has become increasingly extreme and intolerant – illiberal – towards those who do not agree with its opinions. It didn’t use to be this way, she states, as the left used to treat different opinions with a much higher degree of tolerance than what seems to be the situation today.

It is high time to join forces against this repression of diversity of opinion. Plurality enriches us, it is not the enemy.

Previous TV interview with Ray Bady: Everybody is looking for love and acceptance
Next Famous musician Ray Bady: Music is a universal force that brings us together