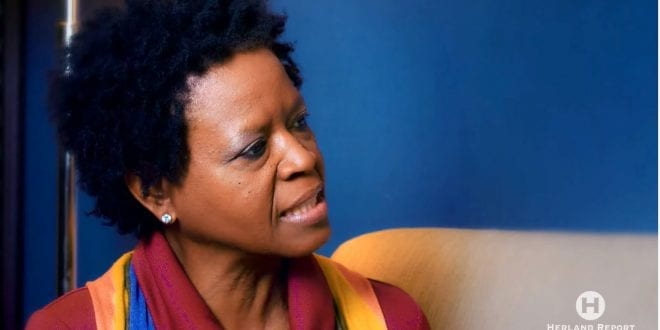 Dr. Brenda Caldwell, “Dr. B” is a psychologist, an acclaimed empowerment speaker who travels the U.S., a specialist in forgiveness therapy and an author with books such as “From Charcoal to Diamond” and “Surgery for the Soul”. Caldwell is also an artist.

Dr. Brenda Caldwell says: “There’s so many people that are angry in America and around the world.  It seems like we are divided like never before, but where does that come from?”

“Because we are not born angry, not born in pain, not born mad or sad, but the issues of the world can overwhelm us so much that people feel like they’ve got to take their anger out on other people.”

Brenda Caldwell: Remedy for bitterness and anger: Dr. Caldwell is often nick named Dr. B, so we asked for her to tell us about her reasons for choosing the vocation she has.

Dr. B says: “My personal story is that I was a volunteer at a youth facility and I saw so many children hurting, just broken coming from broken homes. It did something to me.”

“I wanted to touch their lives, to be a reason that kids can heal. I wanted to put families back together again and so in the psychology world is where it all began years ago, just because I was tired of seeing children weak from just brokenness or abuse or shame. So many children carry shame.”

“That got me into the field of love counseling and therapy. I got my PHD from the University of Memphis.”

“I started doing work with women because I saw that so many women deal with abuse coming out of domestic violence or issues from their fathers.”

“I started realizing that people are so hurting, how can I be an agent of hope and healing?”

“Back then, that is what motivated me, got me inspired to get involved with touching the heart and dealing with what I call matters of the heart.”

“People feel like they’ve got to take their anger out on other people and that’s where I come in to help people realize that you don’t.”

“I always tell people that we have to make a decision at some point to stop having an affair with our past so we don’t cheat on our future.”

“Many are stuck in the past, stuck withholding to what happened to them in childhood, in a in a relationship 20 years ago and then take that out on people today. So, many are not able to have healthy friendships today because we keep not being able to trust someone because of somebody who hurt us in the past.”

“I want people to know that they can choose to live free of anger, we don’t need to give people the power to keep us in hurt or pain unnecessarily.”

Brenda Caldwell: Remedy for bitterness and anger: Dr. B says: “I discuss it in my book Surgery for the Soul, the importance of dealing with how to heal and deal with the “un-s”: Unhealed hurt, unresolved issues and unmet needs, things in our heart that are unhealed, seeds of bitterness.”

“That means, choosing to hold on to something that happened to us, but we don’t have to choose bitterness, we can choose to be set free.”

“You choose to free yourself, because what bitterness, anger, unforgiveness is, is choosing to hold offense toward someone who hurt you.”

“At the end of the day, I am choosing to hold on to pain. I refuse to let that pain go. I’m going to make them pay for what they did by punishing myself. What kind of sense does that make? That’s like you drink poison but think someone else is going to die.”

“The solution is dealing with the heart, everything starts with the matter of our heart because happy people don’t hurt people, happy people bring happiness.”

Also check out these topics at CNN or FOX News. Other sources may be New York Times, USA Today, the Washington Post.

Brenda Caldwell: Remedy for bitterness and anger: “Did you know that 61 percent of all cancer patients medically documented have some form of unforgiveness in the heart? 61 percent! That doesn’t mean that everybody who has cancer is angry or holding unforgiveness, but it is a high number of people who end up with a disease like cancer and also never dealt with what was in the heart in the first place.”

“If we all took a check-up every day of the heart and just allowed our heart to be cleansed. Psalm 51:10 says; “ Lord created me a clean heart and renew in me the right spirit”. We wash our body, but how many of us wash the heart?”

“It is one of the major keys to being free, allowing ourselves to come clean and stop pretending. To begin to love everybody. To say: “I don’t hold a grudge and you know I forgive.” I may not forget, but I forgive. It sets me free to do that which is good to others and that is the goal of life.

Previous Dr. Brenda Caldwell, “Doctor of Hope” speaks about Hate and Forgiveness
Next China is not threatening American prosperity, but the U.S. lack of honesty and morality is