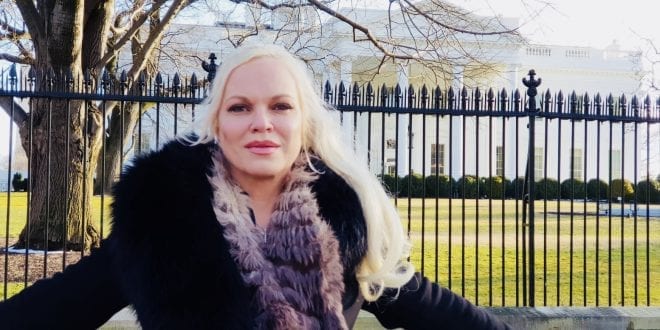 Our civilization is blanketed with a light melancholic fog of neuroses, mental pain, depression and loneliness.

What happened? How did we end up in a situation where loneliness and depression are massive problems? What happened to the family? And to the life long companionship between the man and the woman?

It seems that the neo-marxist, radical cultural changes in the 1960’s did not bring about the blissful utopia that was hailed.

Just as religion and traditional values were scrapped, hedonism and the break-up of the family idealized as “freedom” and “emancipation”, life in the modern world has become even more lonely. The atheist sentiment is that we are now alone and unprotected in a dark and dangerous world, without hope for the future.

The so-called “sexual liberation” and abandonment of the duties of conscience were not the solution, as Sigmund Freud once suggested. Atheism has brought with it a sense of hopelessness.

If there is no God, there is no Creator, there is no existential love, life slowly becomes meaningless. Nietzsche spoke of this, the empty universe without God becomes a new type of hell.

What is the reason for the constant suffering of our material civilization? asks historian of comparative religions, Hanne Nabintu Herland in this article first published in World Net Daily, USA.

In the industrial use of steel, there is a phenomenon called “material fatigue”. When steel is subjected to strains greater than it is designed to endure, damage occurs. If this strain continues, the steel will fracture or break.

To avoid material fatigue the steel part must be constructed to tolerate the elements that it will normally experience, for example wind and temperature, and it must not be repeatedly exposed to greater strains than it was designed to endure.

To regain strength, damaged steel parts are often treated with heat or sanded down so that the steel becomes sufficiently strong again.

On the offshore industry’s oil platforms steel parts are designed to tolerate the stress limits associated with the aggressive ocean environment. Storms and strong winds affect the oil platform and it also must tolerate a constant rocking motion. Flexibility in the steel, strength in the connecting joints, and the steel’s toughness are critical.

Otherwise over time the steel can fracture under stress and cause extensive damage. When steel constructions are repeatedly  subjected to stress greater than they are designed for, unexpected failures can occur.

The 1980 capsize of the oil platform Alexander L. Kielland was an example of a typical fatigue failure. The dramatic consequences, especially in the number of lives lost, shows how serious the phenomena of material fatigue is.

The loss of hope in the atheist West

Depression characterize the West: The former central bank director in USA, Alan Greenspan, speaks in The age of turbulence about our time being marked by turbulent challenges, both on the individual and the social level.

The problem is that today’s Western society has severed its relationship with traditional values of benevolence and decency, values that laid a foundation for toughness and stability, both for the individual and society.

Modern society finds itself in a condition of cultural fatigue. When people are subjected to mental and emotional strains greater than we are designed to endure, we too experience fatigue failures. The biased focus on material and scientific self-realization has led to spiritual and communal poverty. Society needs an ethical heat treatment. It must be popular to care for each other again.

Not just self-realization, but also self-limitation in relation to others, are important qualities in an empathetic society. If egoism leads to hedonism and lack of consideration for others, our society also fractures in the connecting joints.

Cultural fatigue is a sign of our postmodern society. Early in the 1900s the West was already characterized by cultural pessimism. The Age of Enlightenment’s belief in the rational man was about to crack severely.

In the wake of industrialization’s exuberant optimism on behalf of modernity, the reactions first appeared when it was apparent that many important social issues remained unsolved.

Modern existence with its scientific and technological progress solved some problems, but the hectic urban life and break with the old collective family structure and its traditions created new difficulties.

The French sociologist Emil Durkheim wrote at this time the book. Durkheim’s initial goal was to investigate the reason behind the many suicides in modern states. After thoroughly studying the phenomena, he reached an unpleasant conclusion.

Especially in Protestant countries where the worldly process had made greater strides than in Catholic countries, he found disturbing trends in society. The strain on an individual’s identity inflicted by the dissolution of traditional family structures and social frameworks leads to what Durkheim termed anomie.

The term attempts to describe the identity confusion that denotes modern people.

The pillars of culture were already under considerable stress early in the 1900s. Religion’s great meta-stories concerning the meaning of life and man’s association to God the Creator were shoved in the background.

God’s very existence was questioned. People were increasingly skeptical to faith in God’s love of man and God’s devotion to man.

Depression characterize the West: Atheist movements defined people as alone in the universe and God was proclaimed dead. Concepts like life has no meaning and the afterlife does not exist circulated. A kind of cosmic loneliness swept over people. The key was now to take care about yourself. A gloomy feeling of futile emptiness lay like a shadow over our culture.

The atheist sentiment is that we are now alone and unprotected in a dark and dangerous world, without hope for the future.

Durkheim’s analysis of the social conditions for suicide have today become a sociologic story that measures the temperature of the dangers of focused individualization.

The degree of solidarity in society was related to the rate of suicide. Where solidarity was strong, Durkheim found low suicide rates. Today many are critical to parts of Durkheim’s analysis, but it remains a study that documents the serious consequences of a break with traditional social systems.

The Catholic Archbishop in Brussels, Godfried Cardinal Danneels, reminds us in Handling on the Faith in an Age of Disbelief that until the 1700s neuroses were unknown in Europe. He offers a possible explanation.

Prior to the so-called “Age of Enlightenment,” people lived in a collective culture where traditional authorities were accepted and everyone found their place. The individual was surrounded by a socially well-functioning network based on duties and responsibilities, where religious ethics and faith provided the social adhesive.

They attributed the Western world’s neuroses and mental illnesses to religion’s oppression of the individual. Both Freud and Jung believed that it was important to allow people space to externally express their natural drives.

Danneels claims that psychoanalysis had a constructive influence on the lives of many, leading to liberation and increased self-knowledge. However he makes an essential point: Sexual liberation has not resulted in less mental illness in industrialized market-capitalistic states.

In fact psychological suffering is more widespread than ever before. Why is Western culture still characterized by a vague melancholy?

An underlying sorrow weights down the Western culture. Our civilization is blanketed with a light melancholic fog of neuroses and mental pain. However, sexual liberation and abandonment of the duties of conscience are not the solution, as Sigmund Freud once suggested.

What is the reason for the constant suffering of our material civilization?

Danneels refers to the Dutch psychiatrist J. Van den Berg who believes that the new godless culture has oppressed an important part of being human: consciousness of God and recognition of the transcendental.

There is a notable silence that today accompanies discussions of the spiritual dimension.

This dimension is laden with taboos. What is the explanation for the indefinable sorrow that so many young people feel, a sorrow that leads more and more into chronic unhappiness and depression?

Modern society often marginalizes moral questions The consequence of culture’s over-idealization of intellect and the material dimension is spiritual hunger and poverty. The depressing collective denial of essential aspects of being human weigh heavy on such societies.

The positive influence of faith on health

Time Magazine recently referred to an international study that also confirms that spirituality can be beneficial to your health. The myth that there is an automatic conflict between science and religion is woefully out-of-date.

Since the year 2000 over 6000 studies have been published that concern the constructive influence of religion on illness. Especially the study on the influence of prayer on the psyche is persuasive. In How God changes your brain psychiatrist Andrew Newberg explains how the parietal lobe, a structural area of the brain, is highly activated during prayer or meditation.

Activity in this part of the brain has several positive effects on people, among other things increased memory. Fasting, practiced by Muslims during Ramadan, and also Jews and Christians, has specific health benefits that can strengthen the brain’s ability to think clearly. Fasting also causes pleasant, harmonious emotions.

94% of those interviewed in Newberg’s study expressed a sincere wish for physicians to show more interest for their religious belonging, which the medical profession seldom does.

At times physicians recommend alternative medicine like acupuncture and zone therapy. Why not also recommend prayer and laying of hands, people asked?

Another American study showed that regular Church or prayer house attendance increased life spans by two to three years. The coupling between participating actively in a social community and mental health can be much more real than many think.

Psychiatrist Gail Ironsen has studied the relationship between faith and health for many years. She says that in work with HIV patients, those that emphasize spirituality and prayer have better control over their illness than others.

Regardless of faith or denomination, religion clearly has something constructive to offer scientific thought when it comes to  human physiologic and psychic health.

Hanne Nabintu Herland is a historian of religions and bestselling author. She is the founder of The Herland Report Scandinavian news site, TV channel on YouTube and Podcasts which have millions of readers/viewers yearly. This is a great place to watch interviews with leading intellectuals, thought leaders from across the political spectrum. Herland’s books include Respect, Det Nye Babylon, The Culture War. How the West lost its Greatness, and her latest, New Left Tyranny. The Authoritarian Destruction of Our Way of Life is available on Amazon, Barnes and Noble, across the USA and in 60 countries world-wide. New Left Tyranny shows how the neo-Marxist New Left turned their back on historical Western principles and became a destructive authoritarian force. www.theherlandreport.com
Previous German microbiologist: Shutdown grotesquely dangerous, collective suicide – Sucharit Bhakdi
Next Great Britain’s groundbreaking Conservative philosopher Edmund Burke