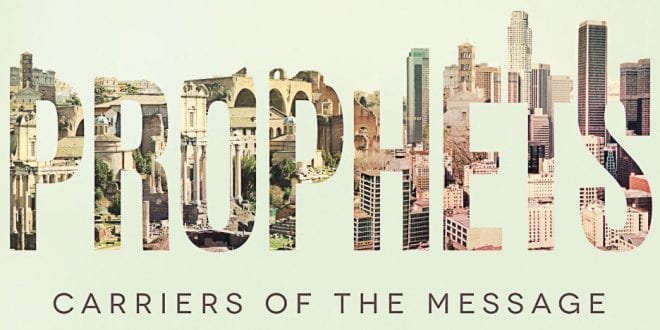 If anyone nowadays is only familiar with the selected, popular chapters of the Old Testament, he is missing out on the fundamental reason why the Bible was written in the first place.

Past generations of believers may have only partially benefited from what the wisdom of the Bible has to offer: 1. A testimony to the existence of God, 2. Lessons to be learnt from previous mistakes of humans and 3. The hope of heaven. These features encourage living a life of righteousness, writes Dr. Samantha Hewavitharana for The Herland Report.

But in our time, the “seals” are slowly being opened, so that we understand much more of the Bible-prophecies compared to previous generations.

Bible-prophecy is an essential manual every believer nowadays should be studying, paying attention to the world around him, as the prophecies contain crucial and now more readily accessible information regarding the end-times, including the warnings and the pitfalls.

Prophecy constitutes 1/3 of the Bible.

Even Jesus reprimanded the Pharisees and the Sadducees for not knowing about the “signs of the times” (had they studied Isaiah, Micah and the other Prophets of Scripture properly, and been watchful, they would not have “missed” the Messiah).

After the Books of the Prophets, the culmination of all future prophecies can be found in the Book of Revelation, which Christ after His Ascension made the Apostle John write, concerning the “end-times”.

We now undoubtedly live in the end-times, actually already in the final segment of these when you read all prophecies in context.

But read on its own, the Book of Revelation can seem quite cryptic.

Therefore, the Books of the Prophets should never be left out, because when the Book of Revelation is read in conjunction with the Prophets (and vice versa) and the Gospels, you suddenly get the full picture. The Old Testament Prophets’ visions for the end-times are in line with everything Jesus would predict up to 700 years later and The Book of Revelation.

The book “Meet the Prophets – A Journey through the Lives and the Visions of the Old Testament Prophets” tells us the life-stories and visions of the sixteen Major and Minor Prophets in a captivating, easy-to read way (novel and narrative, accompanied by a commentary), so that the reader can become more acquainted with his Bible. The prophecies are followed by a demonstration of their historical fulfilment.

The reason why records of already fulfilled Old Testament prophecies were kept in Scripture was to provide certainty regarding the future events.

Historic examples: The entire life of Jesus, destruction of ancient cities, naming of past empires, announcement of the Persian King Cyrus by name, 150 years before his birth, the eerily precise prediction of the rise and fate of Alexander the Great and many more.

It may sound simplistic, but there are two things concerning life on earth we all should understand:

As Christians, we believe that our lives do not end at death. We were born into His story (history) and our generation in particular, into the final epoch of this spiritual battle, before Christ’s 1000 year reign. In light of the pre-determined ending for Satan and his fallen angels  when Christ returns, we’ve been seeing a fervent hastening of the rise of the beast system described in Revelation, out of which the Antichrist (also spoken of in Daniel) would eventually arise.

What is the beast system? – This is an important topic in its own right and discussed throughout “Meet the Prophets – A journey…”, as relevant for the prophecies. Simply put, it is an end-times world government, with Satan pulling the strings, so that through its future leader, the Antichrist (a hypocrite trying to appear Christ-like, but really serving Satan), all nations and religions would be unified under the guise of “world peace” and misled to worship him and his wicked ways.

Part of this system is the lifestyle it promotes, which is called “Babylonic” in the book, because it was one of the things that, through God’s wrath, brought destruction to the Ancient Babylon and all its followers, too.

Here is an excerpt from the book:

Now whoever reading this might say “This could never happen to me”, but remember: Jesus warned us about false prophets, saying that “even the very elect” could be deceived.

Sadly nowadays, even churches have been infiltrated with false doctrines and are taking away from or adding to God’s Word in the name of “tolerance”, to appeal to the general apostate, atheist and non-Christian public. Churches with such tendencies are of course praised by the media.

Isn’t it interesting that the elites, with the help of the mainstream media, are making such a great effort in these latter days, to draw people further away from (the real) Jesus Christ? It is a sign of the times.

The only way to protect yourself from beast-system deception is to know the real Jesus Christ (what He actually taught) and this will only be possible through studying the Bible cover to cover.

The media portray God solely as a “strict judge” and when tragedies occur, they report with an undertone that feeds into atheist rhetoric. The aspect the media never mention, although the Bible is based on this very fact, is that God is a person, not an amorphous “energy”.

And especially when you read the Prophets, you get to know the Almighty’s nature – what pleases Him, what angers Him and that He is a living God and loving father who cares for His people. Let no one be deceived by movies or broadcasts.

For those who are not misled by the beast system, life on earth during the last days would be made burdensome through other, e.g. financial measures and finally, persecution.

Persecution occurs even nowadays in the Middle East and other parts of the world; with atheism on the rise, what we, here in the West, experience right now is mainly scorn by atheists, harsh criticism by liberal followers of false doctrine, and mainstream media suppression of any association with Christ (“Taking Christ out of Christmas”). But blessed is he who shall “not be offended in Christ” and endure to the end, where the journey of salvation is completed.

Everything Jesus taught is based on what His Father had taught the Children of Israel in Moses’ time and had reminded them about, repeatedly, through the prophets. So for believers there is no way around the Old Testament. Jesus himself recited the Prophets and had not come to abolish the law, but to fulfil it. Therefore, calling on the name of the LORD alone, does not secure one’s place in heaven; this conclusion comes from Jesus Christ himself. Even the Children of Israel in the Prophets’ days, thought that they were sincerely calling on the name of God (YHVH), whilst confidently sinning, tempted by international “trends” and encouraged by false teachers.

So the “Once saved always saved”- theory sounds pleasing to the ear, but is a dangerous half-truth; the complete answer to this important question is steadily confirmed throughout the whole Bible, even in the New Testament, i.e. after Christ had paid for all our sins.

Another false teaching and a snare is the “Pre-tribulation rapture”-theory; it is not supported by Scripture and gives Christians a false sense of ease, telling them that “the church” would be raptured “anyway”, before many other things would come to pass – amongst these, wars and natural disasters, but also pitfalls like being misled to unwittingly embrace the Antichrist-system and subsequently, the Antichrist!

We have been given the Books of the Prophets and The Book of Revelation as a manual of conduct that describes the dangers to look out for in the future and reminds us of the unique goal we have been promised.

As all historic prophecies in the Old Testament were fulfilled – including Jesus’ First Coming and life – and end-time prophecies are developing right in front of our eyes now, there should be no doubt about the Second Coming, the rapture and everything beyond, as described in the Bible. The exact day and hour only Heavenly Father knows, but like Jesus said, there are end-time signs (and warnings) from Scripture, every Christian should be looking out for.

An estimated timeline of these events according to Scripture can be found throughout and in the Afterword of the book “Meet the Prophets – A journey…”.

Dr. Samantha Hewavitharana is a doctor of medicine and was born and raised in Vienna, Austria. Her parents are originally from Sri Lanka. In 2008, after having re-read the Bible for several years, she converted to Christianity (coming from a Buddhist family background) and has ever since been intensively deepening her knowledge of the Old and New Testament. She has also studied the sacred Scriptures of other faiths (i.e. the Quran and the Hadith, the Dhammapada) to have a better understanding of humanity and connect people of different faiths.
Previous Sergei Skripal sirkuset: Sveits laboratorieanalysen viste at novichok ble ikke brukt – Bjørn Ditlef Nistad
Next RESETT om Herland Report TV serie Søstre. Om samliv og selvtillit 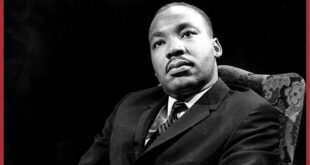