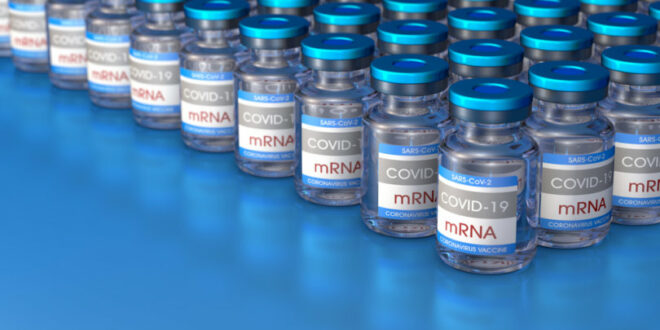 Daily Mail on Sunday: Turns out PCR tests were flawed, needed to Convince COVID Was Worse Than It Was?

Herland Report: PCR tests were flawed: Let us quote Daily Mail now writing what we at the Herland Report has said for a very long time: The PCR test may not be counting accurately Covid-19 cases.

Now the mainstream media is saying the same, pointing to the faulty PCR test as a tool to convince the population that Covid was far worse than it actually was:

It has been one of the most enduring Covid conspiracy theories: that the ‘gold standard’ PCR tests used to diagnose the virus were picking up people who weren’t actually infected.

“Some even suggested the swabs, which have been carried out more than 200 million times in the UK alone, may mistake common colds and flu for corona.

If either, or both, were true, it would mean many of these cases should never have been counted in the daily tally – that the ominous and all-too-familiar figure, which was used to inform decisions on lockdowns and other pandemic measures, was an over-count, writes Joe McFarlane at Daily Mail on Sunday.

And many of those who were ‘pinged’ and forced to isolate as a contact of someone who tested positive – causing a huge strain on the economy – did so unnecessarily.”

PCR tests were flawed:  “Such statements, it must be said, have been roundly dismissed by top experts. And those scientists willing to give credence to such concerns have been shouted down on social media, accused of being ‘Covid-deniers’, and even sidelined by colleagues.

But could they have been right all along?

Today, in the first part of a major new series, The Mail on Sunday investigates whether ‘the science’ that The Government so often said they were following during the pandemic was flawed, at least in some respects.

In the coming weeks we will examine if Britain’s stark Covid death figure was overblown. We will also ask if lockdowns did more harm than good.

Were the pandemic infection figures deliberately ‘sexed up’ to scare people in complying with lockdown rules?

But this week, we tackle the debate around Covid tests, and examine whether there is any truth to the claims that they were never fit for purpose.”

Previous mRNA Jabs Shockingly Hazardous: Worse than the Disease, says MIT scientist, Dr. Stephanie Seneff
Next WHO Confirms that the Covid-19 PCR Test is Flawed: Estimates of “Positive Cases” are Meaningless. The Lockdown Has No Scientific Basis