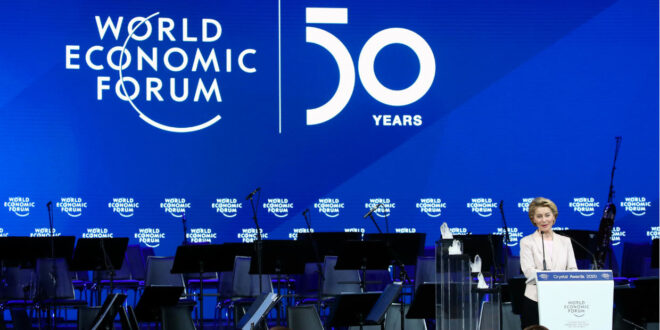 Was the Covid-19 disruption worth it? Useless lockdowns, useless PCR, the billionaires earned billions, the poor lost so much

The pandemic has been a source of extremely valuable income for Big Pharma capital owners and destruction for predominantly the lower classes and the middle-class in so many ways, writes historian and author, Hanne Nabintu Herland, founder of The Herland Report. Read it at WND here.

As Bill Gates predicts the pandemic over in 2022, we have been through “an entity of excitement that is completely disruptive, not beholden to bureaucratic strings and processes,” as Biomedical Advanced Research and Development Authority (BARDA) then director Dr. Rich Bright stated the need for, October 29, 2019.

Dr. Bright is now senior vice president of pandemic Prevention and Response at The Rockefeller Foundation. He openly said that there was “a need or even an urgent call for” this type of world disruption. While discussing how to further implement flu vaccines, NIAID director Dr. Anthony Fauci stated at the same Milken Institute Future of Health Summit that it takes ten years to develop a proper vaccine the traditional way.

Dr. Joseph Mercola points to this meeting, where Dr. Fauci hinted at the “pandemic being a perfect excuse for transitioning from conventional vaccine manufacturing into experimental mRNA technology that would otherwise take decades to bring to market.”

Was the Covid-19 disruption worth it? At the World Health Summit in Berlin, October 24-26, 2021, Stefan Oelrich, the Bayer Pharmaceuticals President openly said that the public would not have agreed to take gene therapy mRNA vaccines if it was not for the pandemic.

The sponsors for the summit includes Johnson & Johnson, Bill and Melinda Gates Foundation, Pfizer, Wellcome, Bayer and other important companies that have benefitted immensely from the eruption and disruption of Covid-19 world-wide. Rich Bright and of course Microsoft founder turned world health and vaccine expert, Bill Gates were present.

To quote Oelrich: “We are really taking that leap as a company, Bayer, in cell and gene therapies … ultimately the mRNA vaccines are an example for that cell and gene therapy. I always like to say: if we had surveyed two years ago in the public – ‘would you be willing to take a gene or cell therapy and inject it into your body?’  we probably would have had a 95% refusal rate”.

The point being that while some have benefitted immensely from the mass introduction of gene therapies, so many others have paid with their lives and go through horrifying worsening of living conditions and hopes for the future.

Those who do not own the media and its social media channels such as Facebook and Twitter have few or no channels to voice their concern over the side-effects of the Covid-19 disruption:

Regardless of the exaggerated numbers that now surface in country after country, partly as a result of the now WHO confirmed faulty PCR test also abandoned by the CDC, so many have died world-wide. Who speaks for their families and the devastation they have experienced?

The UN warns that one billion may be pushed beneath the poverty line due to the massive economic implications of shutdowns and other side-effects, who speaks for them?

Was the Covid-19 disruption worth it? Imprisoned by masks and in fear of the display of authoritarian state powers and sharp Soviet censorship of free speech, people now seem to understand that the era of democracy is over in the West.

Even Johns Hopkins researchers now confirm that lockdowns had little to no effect on the spread of Covid, concluding that “”We find little to no evidence that mandated lockdowns in Europe and the United States had a noticeable effect on COVID-19 mortality rates.”  Unable to raise their voices and protest, except for demonstrations which are not even reported on in the mainstream media, who speaks for those protesting lockdowns?

As The National Center for Biotechnology Information points out, evidence indicate that the Covid-19 disruption has had profound psychological and social effects on the public. Stress, anxiety, suicide, fear, uncertainty, economic difficulties, substance abuse, psychiatric disorders, depression, insomnia are shown in studies to explode. Who speaks for all those in the lower classes or the middle-class who have lost everything, their jobs, the health of their children, their sense of safety, their savings?

Not to mention the health effects on traumatized children experiencing this, watching how the Western world is turning into the Soviet Union.

According to CBS journalist Jan Crawford in a “Face the Nation” broadcast, suicide attempts among girls are up 51 %, black kids almost twice as likely to suicide. Children have suffered the most and sacrificed, she says. To her the situation for children during the epidemic is the greatest underreported story in 2021.

Is introducing spike protein gene therapy really worth it when you see the world-wide calamity currently on display? For the ultra-rich the answer must be yes, but what about the rest of us?

Previous How to control a nation by fear: Joseph Stalin was the gold standard of Dictatorship
Next Mikhail Gorbachev R.I.P.