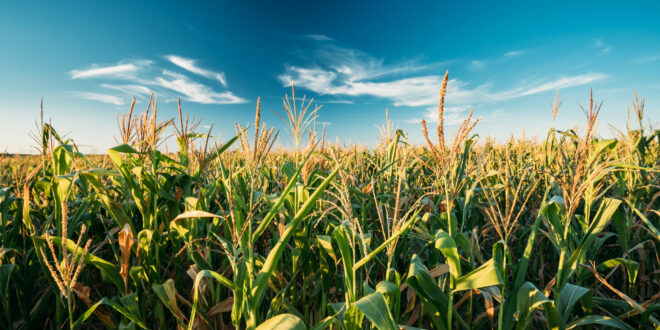 Herland Report: American Junk Food: Corn subsidies are big business in the United States, and this can be seen in the explosion of a simple ingredient now found in everything from sodapop to hot dogs – high fructose corn syrup, also known as HFCS.

Between the development of HFCS in 1970 and 1990, the consumption of HFCS skyrocketed by 1,000 percent. It’s not just that HFCS is in just about everything.

It’s also that HFCS makes a number of things possible that otherwise wouldn’t be – think the now ubiquitous 99-cent three-liter bottle of sodapop available at every big-box supermarket around the country, writes Sam Jacobs, the lead writer and chief historian with Ammo.com, and is the driving intellectual force behind the content in the Resistance Library.

The New York Times reported that junk food is the largest source of calories in the United States.

The top 10 calorie sources in the United States are, according to Harvard Medical School:

This means that at least four out of the 10 top calorie sources in the American diet are junk food. Most of them are based on ingredients from highly subsidized food groups like corn, soybeans, wheat, and rice. Barely any subsidies exist for fruit and vegetables, the foods that Americans are ostensibly supposed to fill half of their plates with.

American Junk Food: A study by the Centers for Disease Control and Prevention, published in JAMA Internal Medicine in August 2016, was able to document a connection between heavily subsidized food sources and obesity.

The study found that those subsisting on a diet of heavily subsidized foods were 37 percent more likely to be obese than those who did not. Belly fat, abnormal cholesterol, and high blood sugar levels were likewise linked to a diet heavy in foods subsidized by the federal government.

Fruits and vegetables are called, in a typical act of government doublespeak, “specialty crops.” They claim approximately 75 percent of all farmland in the United States, but net a scant 14 percent of all subsidies.

American Junk Food: The subsidy system might have had its problems, but the system really went off the rails with the advent of Earl Butz as Secretary of Agriculture under both President Richard Nixon and President Gerald Ford.

He was the one who pioneered the fundamental change in farm subsidies. No longer would farmers be paid to take fields out of production. Instead they would be paid for producing absolutely insane amounts of corn.

He was the man who coined the term “get big or get out.” He also urged farmers to use every available square inch of land – to plant “from fencepost to fencepost.” This change in policy had a dramatic impact on the world of American agriculture. Small family farms were crushed and big agribusiness became the norm rather than the exception.

Part of the change was due to the high cost of food during the early 1970s. The Nixon Administration (and thus, Butz) were taking heat over soaring food prices. Thus, Butz decided to switch from paying people not to grow food to paying them to grow it. He brokered the sale of 30 million tons of grain to the Soviet Union to keep prices afloat.

This was not simply to help farmers, but also to keep them in the Nixon fold – there was a strong fear that they would vote for 1972 Democratic Party candidate George McGovern.

Butz argues in the documentary King Corn that he provided a valuable service to both the American consumer and the American farmer: both the dramatic reduction of the cost per calorie of food and also the dramatic increase in the efficiency of farming techniques. Indeed, this generation spends less feeding itself than any other in human history.

Still, as we will discuss in greater detail below, one of the unintended side effects of the newly crowned “King Corn” was the development of high fructose corn syrup – the consequences of which have been a disaster for the American diet.

The Emblem of USDA: The Food Pyramid

American Junk Food: Everyone is familiar with the food pyramid, the alleged template for a healthy diet produced by the United States Department of Agriculture in 1992.

The original Food Pyramid urged Americans to eat as many as 11 servings of carbs per day, in addition to another four servings of fruit (i.e., more carbs). Meat, poultry, eggs, fish, beans and nuts were to total only two to three servings per day between all of them.

Fats – even healthy ones like avocados and olive oil – were to be “used sparingly.” They were lumped into the same group as sugars and sugary snacks. Healthy plant-based oils like olive or avocado oil were not separated from less healthy processed plant-based oils like canola or corn oil.

The USDA’s latest version of the Food Pyramid is known as MyPlate, and some insight into how it was created and what purpose it serves can be found with the previous pyramid (the Eating Right Pyramid) and why it was discontinued. The Eating Right Pyramid, the original Food Pyramid, was replaced due to industry concerns from beef and poultry farmers that their product was not being presented properly.

An alternative to MyPlate is the Healthy Eating Plate from the Harvard School of Public Health. This stresses whole grains, healthy proteins and fats, drinking water and other sugar-free drinks, and adequate amounts of vegetables.

Harvard School of Public Health Department of Nutrition Chair Walter Willett claimed that, “like the earlier U.S. Department of Agriculture pyramids, MyPlate mixes science with the influence of powerful agricultural interests, which is not the recipe for healthy eating”.

Dr. Marion Nestle, former chair of the Department of Nutrition, Food Studies, and Public Health at New York University stated that, “There’s a great deal of money at stake in what these guidelines say.”

A lot of money is in the subsidies themselves, but there is also a trickle-down effect. Cheap corn, for example, has totally changed the world of agriculture and food. Cows never ate corn until farmers started getting money to grow it everywhere.

This is what makes the 99-cent hamburger possible. Fish, likewise, are another animal that would never eat corn if left to its own devices, but humans have trained them to eat corn because it is arguably the world’s cheapest and most plentiful food source – not due to naturally occuring market forces, but because of corn subsidies.

If you’re horrified by factory farming – the penning in of tons of cows, pigs and other animals in tiny spaces – you can lay the blame right at the feet of farm subsidies. Such practices are simply not economically viable or sustainable without massive subsidies or corn. Ethanol is another creation of the agriculture-industrial complex.

The bottom line is that the USDA Food Pyramid and its antecedents and successors have more to do with feeding money into the agricultural system – where the subsidies are – than it does with teaching Americans proper nutrition. Read the full article here.

Sam Jacobs is the lead writer and chief historian with Ammo.com, and is the driving intellectual force behind the content in the Resistance Library. He is proud to see his work name-checked in places like Bloomberg, USA Today and National Review, but he is far more proud to see his work republished on websites like ZeroHedge, Lew Rockwell and Sons of Liberty Media. Jacobs has an affinity for the individual and the common man against centralized forms of power and elites, whether they be in the government or the private sector.
Previous How the Washington Food Subsidies Make Americans Fat and Sick
Next Aldous Huxley interview: Technology, big government, big business pose grave danger – WND