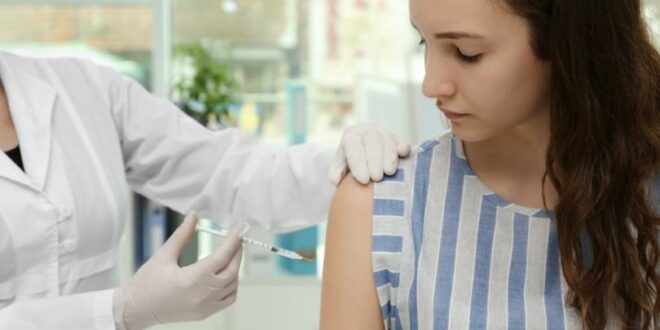 Herland Report: The irony of anti-vaxxers mocked: Just a few weeks ago, anyone questioning the Covid-19 vaccines were labelled “anti-vaxxer,”  insinuating that whoever were critical of mass vaccination with vaccines that have not gone through the regular, scientific testing, were somehow “hindering health for all”.

As it turns out, indications how show that indeed, the vaccines which are authorized for “emergency use” only – Pfizer, Moderna, Astra Zeneca and others – have serious side effects. The FDA now places heart inflammation warning label on the fact sheets.

Medical News Today define anti-vaxxer this way:  “Anti-vaxxers are people who believe that vaccines are unsafe and infringe on their human rights. Vaccines are one of the safest and most effective health interventions for infectious diseases.”

The Communist Mao Zedong tactic of twisting words to defame and belittle those who oppose the Communist group think system is now massively in use in America. Many of those opposed to mandatory mass vaccination of the specific Covid-19 vaccine which is not properly tested, are not “anti-vaccines” in general.

This fact is well known and still these individuals are called “anti-vaxxers,” as if insinuating that they are religious whacks, anti-democracy idiots, anti-public health and overall against ending the Covid-19 situation. They are “hindering peace” and against the “rational, scientific approach” of the modern world.

Yet, many are simply skeptical to this particular Covid-19 vaccine, since its trial procedures have been massively flawed, lacking the proper measures for how vaccines are tested before they are put on the market and so on. Critical to Big Pharma, many do not trust the rapidly produced vaccine, worrying that it may have unaccounted for side effects.

Among them, Dr. Roger Hodkinson who direly warns against the spike protein and its effect on vital reproductive organs as well as the heart and brain. He stated in a recent interview that he definitively is “pro-vaccines” in general.

He questions why those who question the untested vaccines in the ongoing mass vaccination process are shut down, removed from social platforms, YouTube and more. Why is it not allowed to discuss these vaccines?

Considering the high numbers of injuries and death, why suppress the discussion that Covid vaccines may produce sterilization or heart failure? It would be vital for those who take the vaccines to know about these side effects.

“Dr. Doran Fink, deputy director of the FDA’s vaccine division, told an expert panel of the Centers for Disease Control and Prevention (CDC) that the FDA plans to “move rapidly” to add the new warnings in light of increased reports of post-vaccine heart issues.

The CDC’s Advisory Committee on Immunization Practices (ACIP) convened on Wednesday to discuss data on higher-than-expected cases of heart inflammation among people who received doses of either the Pfizer or Moderna shot, both of which rely on messenger RNA technology.

“We do agree that, based on the available data, a warning statement in the fact sheets for both healthcare providers and vaccine recipients and caregivers would be warranted in this situation,” Fink said. “We anticipate that following today’s ACIP meeting we would move rapidly to update the fact sheets with this information,” he added.

The warnings “would likely include information stating that these events have occurred in some vaccine recipients, particularly following dose two of mRNA vaccines, that the onset of symptoms typically have been several days to a week following vaccination,” Fink continued. While “most cases appear to have been associated with resolution of symptoms,” “limited information is available about potential long-term” complications, he noted.

The CDC announced at the ACIP meeting that more than 1,200 cases of heart inflammation following COVID-19 vaccination had been reported to federal authorities as of June 11. The 1,226 reports involve myocarditis, a type of inflammation of the heart muscle, and pericarditis, inflammation of the lining around the heart, according to the CDC. Common symptoms include chest pain, shortness of breath, and heart palpitations.

More than 800 cases of heart inflammation occurred in patients who took a second dose of the Pfizer or Moderna COVID-19 vaccine, while 267 cases were reported after an initial dose. Males made up the vast majority of patients, including 79% of those after dose two, based on data presented by Dr. Tom Shimabukuro, deputy director of the CDC’s vaccine safety office.

Most cases followed use of the Pfizer vaccine, which has received emergency authorization from the FDA for children older than 12. Around 39% of all cases involve individuals under 30 years old, Shimabukuro’s presentation related. Among reports with young people, the CDC identified 323 that meet the agency’s case definition. Nearly all of those cases required hospitalization, and nine patients are still in the hospital.” Read the full article here.

Anti-vaxxers mocked: Dr. Paul Craig Roberts further points out that the vaccines seem to be as deadly as the virus itself: “The many reports of deaths and serious health problems from the vaccine have found explanations in a number of reports by scientists. The reports are highly technical, but I think I can provide the gist of the explanation.

The mRNA Covid vaccines themselves use Spike. Therefore the vaccines induce similar effects to the virus, the toxicity of which stems mostly from the effects of Spike.  The virus enter cells when its Spike binds to ACE2, a protein present on many cells. Spike alone binds to ACE2 and this is toxic to endothelial cells, to cardiac pericytes and to brain pericytes. Spike binding to ACE2 on platelets leads to thrombosis and thrombocytopenia.

Rats and mice were used to test whether Spike is toxic. This was a mistake or an intended deception, because it does not bind well to ACE2 found in mice and rats. Hamsters should have been used for the test, because ACE2 from hamsters is similar to that from humans. Apparently, this was known, but rats and mice were used anyway.

It has been discovered that the virus seems preadapted to human cells. Humans are the species to which it binds best. It does not bind well at all to most species including bats. In other words, Covid is a virus engineered for humans, and the mRNA vaccines are toxic in themselves. This information is known, but it is being kept from the public while vaccination continues to be urged.”

Previous Truth About Slavery: Practiced by Africans and Arabs in Africa long before the White man got involved
Next Heartlessness in Christian America, we need to wake up – DeVon Johnson