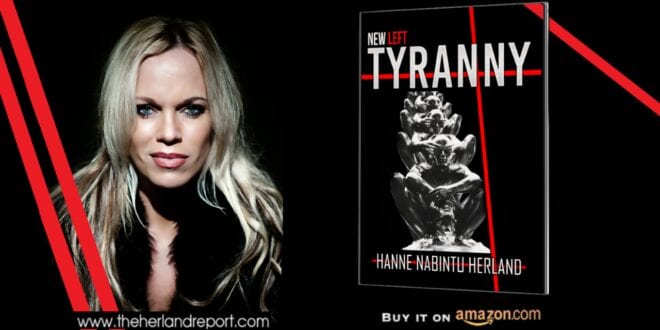 Left turned their back on historical Western principles and become a destructive authoritarian force.

The New Left joined the world elites and abandoned the working class and instead attacked Western civilization itself.

Dr. Meighoo hosts his own podcast, Independent Thought & Freedom, where he interviews some of the most interesting people from around the world who are shaking up politics, economics, society and ideas:

“In our discussion, she brings a truly global perspective to her critique, sympathy for traditional left-wing thinkers and ideologies of social responsibility, and intimate knowledge of Africa, Asia and Latin America.”

“Most interestingly, in my view, she forwards a powerful argument about the left-wing, socialist roots of National Socialism and its currently unacknowledged, widespread influence in currently dominant left-wing movements that purport to be “anti-fascist”.”

“This comes from the perspective of a Norwegian whose country was actually occupied by National Socialist Germany and had many collaborators.”

“The notions of universalist social evolution — with an unquestionably superior social and moral order — that underpin these movements’ suppression of diversity is something she strongly opposes.

Her exploration of how Theodor Adorno and the Frankfurt School consciously re-defined National Socialism as right-wing is also thought-provoking.”

Exclusive excerpt from the chapter about National Socialism:

No system has been better at quenching diversity, plurality and respect for difference of opinion than socialism, a derivative of Marxism.

There is no better way for controlling the population than installing socialist group think and a totalitarian fear for the state.

It is the perfect tool for the globalist new world order when they are able to establish control over the nation-state income.

It has been the very method to rule the population to the benefit of a radical elite who hates traditional Western values. Just watch it unfold under the National Socialism in Germany pre-World War II.
Communism, Marxism, National Socialism and neo-Marxism as found in the 1960s New Left are all variations of the same ideology. Somehow someone forgot to mention that National Socialism was socialist.

It was a leftwing ideology with very low tolerance for diversity. Just read Hannah Arendt, she and many others had first-hand experience.

The Nazi party was an abbreviation for The National Socialist Labour Party in Germany. At the time, Hitler fought Communist Russia, often referring to its ideology as the enemy, yet pure Marxist thinking influenced both ideologies.

Hitler steadily spoke about the importance of the Socialist approach in National Socialism, as the solution for Germany.

The work to feverishly erase the memory that intolerant Nazi Socialism was, in fact, left-wing, has been most successful. This has been pointed out by many, among them author Jonah Goldberg in Liberal Fascism.

The Nazi Party stood for a strong centralization of government and power, a rigid culture of consensus, few individual liberties and strong media indoctrination with heavy use of propaganda.

The Frankfurt School philosophers such as Theodor A. Adorno and Herbert Marcuse redefined fascism and Nazism as being right wing. In fact, the New Left apostle, Theodor W. Adorno was, according to Dinesh D’Souza, the inventor of the repackaging of fascism as a form of capitalism and moral traditionalism.

By doing so, fascism was reinvented as a rightwing ideology that focused on “free markets and support for the traditional moral order,” the very two elements that true fascists hated.

In The Authoritarian Personality from 1950, Adorno argues that fascism is developed in young people’s attachment to religious superstition and conventional middle-class values about family, sex, and society.

In his view, clearly, those who prefer traditional values and are happy about the middle-class and like to go to church are fascists in the same definition as Mussolini.

Adorno’s sly and deceitful work was quickly embraced by radical American universities. Until this day, for example in the work of sociologist Alan Wolfe, he praises The Authoritarian Personality as “more relevant now” because it “seems to capture the way many Christian-right politicians view the world,” writes Dinesh D’Souza.

Again, the allegation of fascism as a rightwing phenomenon, created by Adorno to hide its leftwing roots.

In a Herland Report TV interview on YouTube “Totalitarianism in the West”, he states that: “Free speech is becoming associated with fascism because what free speech does is that it allows you to say something that challenges the ruling ideology. And they don’t want to be challenged. So, to protect the ideology from challenge, they call the people telling the truth for fascists. That’s the way it works, and that’s what political correctness boils down to.”

Kirk Meighoo is a TV and podcast host, former university lecturer, author and former Senator in Trinidad and Tobago. He hosts his own podcast, Independent Thought & Freedom, where he interviews some of the most interesting people from around the world who are shaking up politics, economics, society and ideas. You can find it in the iTunes Store or any of your favorite podcast providers. You can also subscribe to his YouTube channel. If you are an academic who wants to get heard nationally, please check out his free training at becomeapublicintellectual.com.