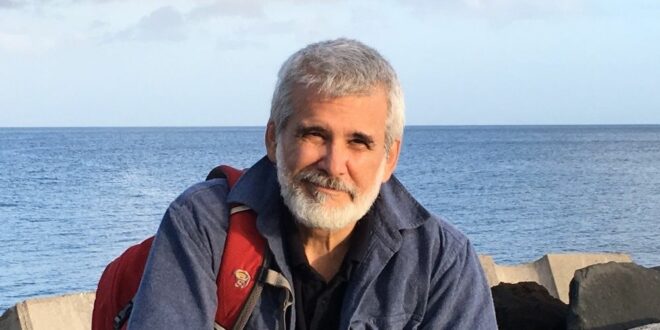 Google has also been caught red-handed manipulating search results such that Malone’s Rogan interview won’t show up when searching for “mass formation psychosis.”

Malone was permanently banned from Twitter December 29, 2021, likely triggered by a post that included a video by the Canadian COVID Care Alliance, which reviewed Pfizer data showing the COVID jab causes more illness than it prevents, and that the Pfizer trial was flawed both in design and construction, writes Dr. Joseph Mercola, osteopathic physician, best-selling author and recipient of multiple awards in the field of natural health.

Alternatively, Malone may have been banned due to a post showing how the World Economic Forum controls the global media narrative.

A Physicians Declaration by the International Alliance of Physicians and Medical Scientists, signed by more than 16,000 doctors and scientists, states that “healthy children shall not be subjected to forced vaccination” as their clinical risk from SARS-CoV-2 infection is negligible and long term safety of the shots cannot be determined prior to such policies being enacted.

In addition to censoring Malone, Google has also been caught red-handed manipulating search results such that Malone’s Rogan interview won’t show up when searching for “mass formation psychosis.”2

That search term also won’t give you any of the interviews given by psychologist Mattias Desmet, who was the first to use that term as a diagnosis for why so many are buying an obviously flawed, if not ridiculous, COVID narrative.

In response to the obvious Big Tech censorship, Congressman Troy Nehls, R-Texas, entered the transcript of the podcast (the Joe Rogan Experience #17573) into the Congressional Record with the following statement:4

“By deplatforming Dr. Robert Malone for voicing opposition and removing the interview, Twitter and YouTube are once again proving that they don’t work for their users but for big Pharma, big media, and the elites.

Censored mRNA Platform Inventor Robert Malone Tells All: Malone had been permanently banned from Twitter the day before, December 29, 2021. He suspects his ban was triggered by one of the two last posts he made. One was a link to the Canadian COVID Care Alliance’s website,5 with the comment:6

“Pfizer 6 month data which shows that Pfizer’s Covid-19 inoculations cause more illness than they prevent. Plus, an overview of the Pfizer trial flaws in both design and execution.”

The video, featured on the Canadian COVID Care Alliance’s website, reviews that Pfizer data. We will feature this excellent video later and go into far more details of how they exposed the fraud of Pfizer’s clinical COVID jab trial.

The other tweet that might have triggered the ban was a post about how the World Economic Forum manages global media in a lockstep fashion. Either way, Malone was permanently banned from the social media platform either for highlighting Pfizer’s own science — the very science we’re told to “trust” — or highlighting the WEF’s central role in the global censorship campaign.

Censored mRNA Platform Inventor Robert Malone Tells All: Interestingly, Rogan has become something of a key workaround to the universal mainstream media censorship. While Malone lost 512,000 followers on Twitter when they suspended his account, it’s rumored his interview with Rogan has garnered some 50 MILLION views across alternative free-speech platforms.7 As noted in a January 3, 2022, ZeroHedge article:8

“… nowadays when you make it on JRE, you’ve officially ‘made it.’ Putting aside the obvious irony of Twitter attempting to ban somebody and the person in question going viral as a result, I also thought about how, despite the fact that Malone’s opinions put him at odds with the mainstream media … Joe Rogan launched him past the usual media suspects and into the real ‘mainstream’ …

[In] 2022, the mainstream media as we know it today (CNN, MSNBC, ABC, CBS, etc.) is going to be forced to change its narrative on COVID. The idea of the media being forced to change its tune on Covid is something I touched upon a couple of days ago when I wrote about the Omicron variant and how the media is creating a mass hysteria mountain out of a mole hill.

But after listening to Dr. Robert Malone‘s well reasoned arguments, delivered for three straight hours, concisely and calmly, it became clear to me that the entire mainstream media machine could wind up falling at the hands of content creators like Joe Rogan.

Rogan generates so many views and has grown so quickly — strictly because he allows open dialogue, civil discourse and approaches things with honest intent … One issue for media and political elites to consider is the fact that Rogan has supporters on both sides of the aisle.

These supporters watch him because he routinely touches on topics that are considered faux pas or irreverent … Rogan has thrived, whether intentionally (bringing on people specifically because they are being censored) or unintentionally (shooting the shit with people he finds interesting), from the start, by shining light in the dark areas that the mainstream media refuses to discuss.”

While Malone’s Twitter feed has been erased, you can still follow him on Gab, GETTR and Substack. A Gab mirror with the last 400 tweets from Malone’s Twitter feed is also available. January 2, 2022, when Rogan joined GETTR, he urged his 7.8 million Twitter followers to join him there “in case s**t over at Twitter gets even dumber.”9,10

Cliff Notes From the Rogan Interview

Many Rogan fans agree that Malone’s interview is among the best interviews Rogan has ever done. I know, many of you are saying to yourself, I don’t have three hours to watch this interview. Well, let me encourage you to find the time. If 50 million people have watched this video, it is likely you could find the time.

Trust me on this one. You won’t regret it. It is such a pure joy and pleasure to listen to Malone’s relaxed, eloquent, masterfully precise language as he destroys the mainstream COVID narrative. You can watch it in bits and pieces, but this is clearly the best interview Malone has done and is on par with the Peter McCullough interview with Rogan a few weeks ago.

If it’s not OK for me to be part of the conversation … who can be allowed? ~ Dr. Robert Malone

As explained by Malone, he has been involved in vaccine development and distribution for more than three decades, and played a crucial role in the development of the very technology that the Pfizer and Moderna COVID shots are based upon, so “If it’s not OK for me to be part of the conversation … who can be allowed?” Malone asked.

Indeed, as noted by Rogan, with its ban of Malone, Twitter basically banned “one of the most qualified people in the world to talk about vaccines.” Malone said he has attorneys looking at potentially filing some sort of lawsuit over the ban.

Of course, mainstream media and “fact checkers” (now legally defined by recent Facebook litigation as opinion promoters) call him a liar for saying he invented the mRNA technology currently used, but his name on 10 patents proves otherwise.

“No one can dispute that I played a major role in this tech,” Malone said. “And virtually all other voices that have that background have financial conflicts of interest. I think I’m the only one that doesn’t. I’m not getting any money out of this.”

Some of the cliff notes from Malone’s interview include the following:11

Censored mRNA Platform Inventor Robert Malone Tells All: Malone also sat down with InfoWars reporter Kristi Leigh within days of his Twitter ban.14 A highlight reel15 from the 80-minute interview is embedded above. In it, Malone described being “multidimensionally red-pilled” by the current censorship. He also discusses his journey of “coming to terms with what the World Economic Forum represents.”

Initially he resisted the idea that there was a global agenda underway aimed at stripping us of our rights and freedoms. He thought The Great Reset was fantasy — until he started looking into claims for himself and found this supposed “conspiracy theory” is fully documented and laid out for the world to see on the WEF’s own website. “And then you see [the plan] deployed,” he says.

In another recent interview with the WND,16 Malone discussed two grassroots projects that he’s gotten involved with. The first is the Unity Project, which opposes vaccine mandates, and the second is the International Alliance of Physicians and Medical Scientists, launched by the Global COVID Summit.17

Malone also highlighted the second Physicians Declaration18 by the International Alliance of Physicians and Medical Scientists, dated October 29, 2021, in an article for The Defender.19

The declaration has been signed by more than 16,000 doctors and scientists, and states that “healthy children shall not be subjected to forced vaccination” as their clinical risk from SARS-CoV-2 infection is negligible and long term safety of the shots cannot be determined prior to such policies being enacted.

Not only are children at high risk for severe adverse events, but having healthy, unvaccinated children in the population is crucial to achieving herd immunity. The declaration also demands that health agencies and institutions “cease interfering with physicians treating individual patients.”

In the article, Malone also warned parents that the decision to inject their children is “irreversible,” and that they need to be aware of “the scientific facts about this genetic vaccine, which is based on the mRNA vaccine technology I created.” Here’s an excerpt from that written warning:20

“Before you inject your child — a decision that is irreversible — I wanted to let you know the scientific facts about this genetic vaccine, which is based on the mRNA vaccine technology I created.

There are three issues parents need to understand: The first is that a viral gene will be injected into your children’s cells. This gene forces your child’s body to make toxic spike proteins. These proteins often cause permanent damage in children’s critical organs, including:

The most alarming point about this is that once these damages have occurred, they are irreparable:

The second thing you need to know about is the fact that this novel technology has not been adequately tested. We need at least 5 years of testing/research before we can really understand the risks. Harms and risks from new medicines often become revealed many years later.”

Again, I urge you to listen to Malone’s interview with Rogan, embedded at the top of this article, in its entirety. He covers a lot of ground, and does so in his calm and well-reasoned way. I can confidently assure you that you won’t have any regrets for making the time investment.

Dr. Joseph Mercola is the founder of Mercola.com. An osteopathic physician, best-selling author and recipient of multiple awards in the field of natural health, his primary vision is to change the modern health paradigm by providing people with a valuable resource to help them take control of their health.
Previous Danish Newspaper Apologizes For Publishing COVID Narratives Without Questioning Them
Next US Deaths is now 40% higher than Prepandemic Rates – Why?