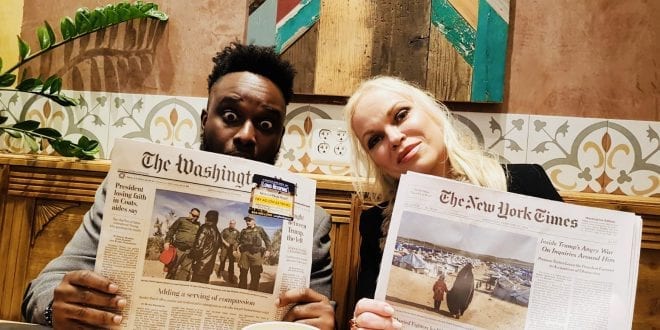 Herland Report: Censorship is a hydra that rears a beastly new head in every era. For “corrupting the minds of the youth of Athens,” Socrates, Western philosophy’s founding moral philosopher, was sentenced to death.

The unthinkable crime of translating the Bible into English was punishable by excommunication in Medieval Europe – John Wycliffe escaped by the skin of his teeth.

Victor Hugo, whose epic Les Misérables has become a universal symbol of freedom, couldn’t even live in his beloved France for fear of what Napoleon III, whom he hated and denounced publicly, might do to him, writes Alex Horsman at LibertasBella.

Writing Elmer Gantry earned Sinclair Lewis an invitation to his own lynching in Virginia; Ayatollah Ruhollah Khomeini put out a hit on Salman Rushdie for penning The Satanic Verses; in 2017 hundreds turned out to preempt Ben Shapiro’s speaking engagement at the University of California.

Censorship has existed for as long as man has had opinions and an ability to voice them. It can be aimed at anything and anyone. Censorship threaten those who challenge the status quo, and there is always an authority which seeks to preserve it.

“When you tear out a man’s tongue, you are not proving him a liar, you’re only telling the world that you fear what he might say.”
– George R.R. Martin, A Clash of Kings

“The object of power is power.”

As soon as you forfeit some free speech for the greater good, those in charge of defining “greater good” will suddenly find a whole lot more things to wrench from your mouth.

The First Amendment recognizes the existence of a God-given right; it doesn’t grant it, and nothing can take it away. Instead ask yourself who is censoring, why they are so driven to do so, and how they will wield such awesome power in the coming decades if they’re allowed to hone it even further. You may not like the answer.

Here are quotes about censorship:

“Censorship reflects a society’s lack of confidence in itself. It is a hallmark of an authoritarian regime.”
– Potter Stewart, Dissenting to Ginzburg v. United States

“If you live in self-punishment or self-imposed ignorance or lack of self-awareness it genuinely diminishes your existence. Self-censorship is insulting to the self. Timidity is a hopeless way forward.”
– Ai Weiwei, Truth to Power

“Media censorship is the hallmark of authoritarian regimes, but with an enormous increase in flows of information, it becomes increasingly difficult for any state to completely curb news coverage before it reaches the public.”
– Qiuqing Tai, China’s Media Censorship: A Dynamic and Diversified Regime

“If all printers were determined not to print anything till they were sure it would offend nobody, there would be very little printed.”
– Benjamin Franklin, Benjamin Franklin: His Life as He Wrote it

“Perhaps you will learn from this that books are sacred to free men for very good reasons, and that wars have been fought against nations which hate books and burn them. If you are an American, you must allow all ideas to circulate freely in your community, not merely your own.”
– Kurt Vonnegut, Letter to Charles McCarthy

“New knowledge is the most valuable commodity on earth. The more truth we have to work with, the richer we become.”
– Kurt Vonnegut, Breakfast of Champions

“No government ought to be without censors; and where the press is free, no one ever will. If virtuous, it need not fear the fair operation of attack and defense. Nature has given to man no other means of sifting out the truth, either in religion, law, or politics.”
– Thomas Jefferson, The Papers of Thomas Jefferson, Vol. 24: 1 June–31 December 1792

“Books won’t stay banned. They won’t burn. Ideas won’t go to jail. In the long run of history, the censor and the inquisitor have always lost. The only sure weapon against bad ideas is better ideas. The source of better ideas is wisdom. The surest path to wisdom is a liberal education.”
– Alfred Whitney Griswold, Essays on Education

“The only valid censorship of ideas is the right of people not to listen.”
– Tommy Smothers

“Censorship is never over for those who have experienced it. It is a brand on the imagination that affects the individual who has suffered it, forever.”
– Nadine Gordimer

“Among people who have learned something from the 18th century (say, Voltaire) it is a truism, hardly deserving discussion, that the defense of the right of free expression is not restricted to ideas one approves of, and that it is precisely in the case of ideas found most offensive that these rights must be most vigorously defended.”
– Noam Chomsky, Some Elementary Comments on The Rights of Freedom of Expression

“Censorship is to art as lynching is to justice.”
–  Henry Louis Gates, Jr.

“We’re getting the language into its final shape – the shape it’s going to have when nobody speaks anything else. When we’ve finished with it, people like you will have to learn it all over again. You think, I dare say, that our chief job is inventing new words. But not a bit of it! We’re destroying words – scores of them, hundreds of them, every day. We’re cutting the language down to the bone. The Eleventh Edition won’t contain a single word that will become obsolete before the year 2050.”
– George Orwell, 1984

“If large numbers of people believe in freedom of speech, there will be freedom of speech, even if the law forbids it. But if public opinion is sluggish, inconvenient minorities will be persecuted, even if laws exist to protect them.”
– George Orwell, Free Speech for Me – But Not for Thee (attributed)

Previous John Rockefeller: How he took control over Modern Medicine
Next Elon Musk and the Twitter Files demonstrates Twitter was an FBI subsidiary