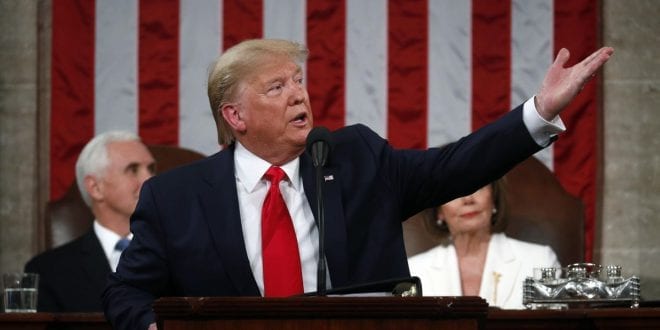 Magazines that helped to sustain stable families, good manners, the value of integrity, moral behavior, tending to one’s own garden, and Christian virtues such as compassion have been replaced by neoconservatives advocating war for American hegemony, writes Dr. Paul Craig Roberts, a leading American political economist and a regular contributor to The Herland Report.

Conservative National Values Resurrection:  One magazine that lingered, Chronicles, was a mild and not very exciting voice, but recent issues under the new editorship of Paul Gottfried have resurrected trenchant writing and analysis of America’s perilous degeneration into a Tower of Babel.

In a recent article, “It’s Not Okay to Be White,” I was encouraged to see that in a recent Congressional hearing designed to close down free speech for white people, it was a black female member of Congress who denounced the intent of the hearing.

I quote a few paragraphs of the Chronicles article as they describe the process by which what passes for “the left” frames-up  American values by identifying them as “white racist supremacy.”

Conservative National Values Resurrection:  The left now roundly denounces anyone to the right of Jeb Bush as a “white nationalist,” which it appears is now being equated with “white supremacist,” with the apparently immortal Adolf Hitler acting as the one-and-future ringleader of a group of bad guys and gals that includes everyone from George Washington and Betsy Ross to John Wayne, as well as every single Trump voter, white or not.

In hearings before Congress last year to address the perceived threat of white supremacy, corporate bigwings representing internet and social media platforms, who have not exactly been lax in their suppression of the right, including the vegetarian mainstream “conservative movement,” duly gave the Congressmen assurances they would do more to suppress speech by putting a high-tech gag on folks that both the Al Sharpton and Che Guevara wings of the Democratic Party—and Chamber of Commerce Republicans, for that matter—regard as “Nazis.”

That is, anyone who still risks life, limb, and career by espousing political and social views once held by all conservaives, as well as a number of liberals, until very recently.

While it’s true that some Republican panel members did defend free speech, it was black conservative Candace Owens who got around to telling us what the left is actualy up to.

Conservative National Values Resurrection:  Owens noted that the “hearing” was meant to be a kangaroo court, it wasn’t about ”hate crimes” but about “fear-mongering, power, and control.”

The left, said Owens, feared that it had lost control of the “narrative,” and wished to censor dissent. Owens also correctly pointed out that if it’s political violence you are looking for, then look no further than the thuggish activities of the [leftwing] largely white militant group Antifa.

What Candace Owens was getting at, of course, is that the left seeks to rally its unstable coalition of competing grievances around an anti-white and implicitly (when not explicity) anti-Christian banner, which acts like a red cape waved in front of a bull.

Resentment, envy, and old hatreds can work wonders for a coalition whose diversity threatens its stability.

Conservative National Values Resurrection:  The message is pretty clear by now; the old America was wholly evil and deserves to be finished off. This is the America that, for all its faults, some of us recall fondly as an oasis of stable families [both white and black], regional cultures, a still largely healthy popular culture, and a politics of decorum and respect.

The old Americans must be overwhelmed by mass immigration to achieve the aim [of deconstructing America].

In her memoir, Circle in the Darkness, Diana Johnstone describes the process that she lived through of the left turning against the working class, against peace, and supporting war to “liberate” populations with bombs from dictators.  The left is now allied with the neoconservatives in support of war, but for a different reason—liberation instead of the imposition of Washington’s hegemony.

The old left/right paradigm no longer makes sense.  The left is no longer left, and conservatives  underwent their own transformation and became interventionist liberals.

The old left/right tensions produced reforms.  Today reform has given way to extirpation of “whiteness.”