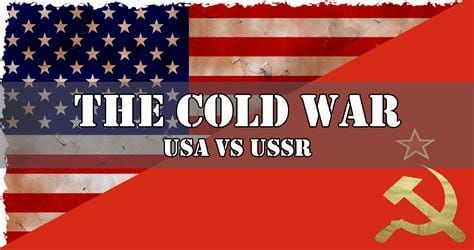 Herland Report: According to popular consensus, by 1991 the USSR lost the Cold War. However, it may be that the USSR’s ‘loss’ and subsequent emergence of the Russian Federation put Russia ahead of the game.

If the United States had truly won the Cold War, NATO would be history, and the US would have turned its swords to plowshares.

Having won the Cold War, the US would have embarked on a new road to world peace and prosperity by supporting economies around the world in a new vision for a truly new (and peaceful) world order.

The US lost the Cold War by squandering its opportunity to pursue a peaceful new world order, and instead pursued an Imperial world order.

Shining cities… high speed rail.. roads… hospitals… free colleges… housing, health care for all, education. The so-called ‘peace dividend’ did not happen, certainly not after 1991, writes antiwar activist, published scholar on the US monetary system and author of many books, Steve Brown for The Herland Report. Instead of the peace dividend so expected by the world populace after the fall of the USSR, the United States bloated its military, has engaged in military adventures from Kosovo to Iraq, to Libya and Syria, and has backed Israel’s brutal apartheid regime.

Rather than work for peace, the United States created failed states, invoked and provoked the creation of ISIS and al Qaeda, and even provoked war in the Donbass.

Due to this policy of aggression, the US has a total military budget greater than all other sovereign military budgets combined … is that indicative of a “winner”?

As we examined in Empire by Terror the United States has been far more ambitious in its imperial hubris than the USSR ever was during its existence.

For example, US pointless provocations in Afghanistan – inspired by Walter Slocombe and Zbigniew Brezinski’s terror groups there – eventually caused the USSR to invade by 1979. For the USSR, Afghanistan was an intervention too far and the people sued for peace, with one of the largest internal peace movements ever by 1987 – a fact never reported in the west.

But economic factors too were prominent in ending the USSR’s intervention in Afghanistan as imperial overstretch was not sustainable, especially when the USSR’s gold reserve was very low at this time. (Ever wonder why Russia hoards gold now?) The point being that the USSR could not economically sustain the Afghanistan debacle and by 1989 the USSR was done. *

While the Russian Federation learned its lesson in Afghanistan, where non-interventionism is popular among the public and Russian leadership today, the United States on the other hand perceived its policy re the Afghan-USSR quagmire to be a success.

Thus, since 1991 western Oligarchs have promoted western military adventurism, destabilization, and the creation of failed states – instead of the expected peace dividend. From 2000 to 2007 the Russian Federation rebuilt its markets and grew their free market economy at a phenomenal rate, where Russia’s economy doubled. Gross Domestic Output and rose from 22nd largest economy to 11th largest in the world and industry grew by 75% during this period.

Then, in 2008-2009, the United States financial system collapsed under the weight of widespread financial corruption and fraud, and by its damaging blowback-induced ‘War on Terror’ after 911 with global effect. Even so, Russia was back on the road to peace and prosperity.

Ironically, after Kosovo, the US ‘War on Terror’ caused it to invade Afghanistan in 2002 for the very same reason that the former USSR invaded Afghanistan in 1979. Ironically too, it’s the same quagmire for the US today that it was for the USSR until 1989.

With one major difference. Russia had a massive and vibrant internal peace movement during the 1980’s calling for an end to the conflict while in the United States today there is none.

Then the United States invaded and occupied Iraq in 2003, where it is still engaged. And via Operation Timber Sycamore the US created the quagmire in Syria, where it still ‘protects’ the thievery of Syrian oil for the US.

Subsequently to that, US-NATO attacked Libya and provoked the disaster there, creating a dreadful failed state where many thousands have died or been forced to flee. The United States did all that. Period. Full stop. Are these the foreign policy actions of a Cold War “winner”?

Besides pointless US military provocations, the weaponization of the US Dollar via international sanctions is slowly and gradually isolating the United States economically, and forcing the formerly Non-Aligned Movement to increasingly align against it. Is that the policy of a Cold War “winner”? No, because the United States did not “win” the Cold War at all, the US is still engaged in it.

Simply consider that the United States Deep State career militarists and Neocons/Neoliberals have maintained their influence and aggressive foreign policy interests since 1948, and that they have – at the very least – caused the old Cold War to revive.

Yes, the old Cold War never ended because the United States did not end it. The US has provided no ‘peace dividend’, has continued with its reckless and dangerous foreign policy, and has declared itself global hegemon to sustain its own entrenched military-contractor complex.

Of course, we have yet to see the outcome. As Spain was once a world power based on gold (mostly silver) that it plundered from its colonies, Spain then faded away with the demise of its plunder; the United States has yet to follow the same path where its plunder is the global reserve status of the US dollar.

Seldom discussed in the west, the Nixon Shock largely came about due to the debt incurred by the US’s genocidal wars versus Vietnam and Cambodia. Now with debt far greater than its GDP (and rising exponentially) the US may only maintain its military supremacy so long as the US dollar is unchallenged in the marketplace.

That’s because you can only arm an army by funding it. That’s the same issue the USSR had except on a far grander scale, when the USSR could no longer fund its intervention in Afghanistan by 1987.

And while the United States has yet to succumb to the grand sum total of its grievous foreign policy errors since 1948, by all appearances the US is en route to losing the New Cold War to a far greater extent than the former USSR lost the old one. The people of Russia and their leadership have done their best to move on from the old Cold War but have been forcefully re-engaged in it, because of, and not in spite of, the actions of the United States.

Hence the United States not only lost the old Cold War, it can never win the new one. The best that can be hoped for is a financial crash in the West that will see its monetary ability to wage war on the rest of the world severely depleted.

So, is it Revisionist to say that Russia truly did win the Cold War? Perhaps, since we still don’t know whether the US can ever turn around its insane foreign policy.

And it is a Deep State shame that the peace dividend so expected by the world never happened, and that the New Cold War continues — at western behest. Indeed, the US lost the Cold War by squandering its opportunity to pursue a peaceful new world order, and instead pursued an Imperial world order – the ruinous path to more war, global destabilization, and ever higher military spending.

* US Revisionist history claims the USSR’s lack of Cold War success was due to its inability to compete with Reagan’s ‘star wars’ program.