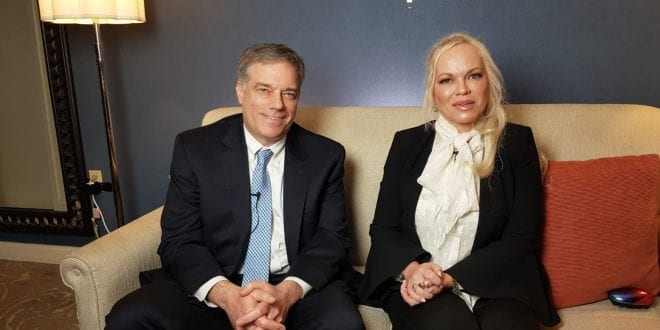 The United States is engulfed in an unprecedented drug epidemic that we hear remarkably little of in the mainstream media.

A startling 27 million or more Americans are on illicit drugs and the Mayo Clinic cites seven out of ten Americans are on prescription drugs. When visiting the US the tragedy is apparent everywhere. Why is so little done to stop it?[/box]

William Marshall says: “We became particularly interested in Soros activities after foreign government officials approached us with concerns and those of his organizations in their countries and his meddling.

We looked at the collaboration between our own State Department and George Soros.

I think we’ve got investigations going on in probably seven or eight countries and that will be expanding at 2019 in terms of the collusion, which is a favourite word these days in America, but the collusion between the State Department and George Soros is non-governmental organizations.”

It is our pleasure to present the interviews with leading American officials, from our latest trip to the US. We interviewed senators, politicians, CIA and NSA directors, Judicial Watch directors and senior officials, whistleblowers, Black Lives Matter leader and many more. The upcoming shows will air in 2019.

Judicial Watch is the leading public watchdog in Washington who sues the government in order to uncover abuse of power among American elites. The work of Judicial Watch has been remarkable, from uncovering the Benghazi scandal, the Hillary Clinton email scandal, George Soros’ funding of NGOs, the widespread corruption among border patrol and much more.

TV Interview with William Marshall: “George Soros is operating in several dozen countries and literally hundreds of these little non-profits if you will that are focused in the new media, a space primarily with what they like to advocate very liberal leftist policies.”

TV Interview with William Marshall:  “You have, for example, the Black Mask movement where they assault police officers with rocks and they burndown government buildings. They create mayhem.”

“They like to have the young leftists align with the Muslim minority populations in many of these countries to form a sort of a green-red axis which, for example, in Macedonia is a classic case of this. George Soros inevitably aligns with politicians that are of a communist or socialist bent.”

[pullquote]227 million Americans are now on illicit drugs and 7 out of 10 Americans on prescription drugs.[/pullquote]

Marshall on the drug epidemic in America: “227 million Americans are now on illicit drugs and 7 out of 10 Americans on prescription drugs. It is a tremendous problem in the United States. You have fentanyl being flown in from China and so on. The opioid crisis in this country is worse than the crack epidemic was back in the 90s and we’re not talking about the lower stratum of society.”

“In terms of economics, these are the people that are that are overdosing are often kids from affluent neighbourhoods. Not that it’s any better or worse. It has a much more it gets more media attention.”

“When you have young people from largely upper-middle classes that are dying left and right, and to the point now where the authorities want everyone to carry on them this anti-overdose drug, Narcan. It is baffling. We need to address the root causes. Which is not being done.”

Previous Strong tendencies of social collapse in the United States: Poverty, lack of faith in government
Next Sadly, the American Empire Destroys the Trust in its own Dollar