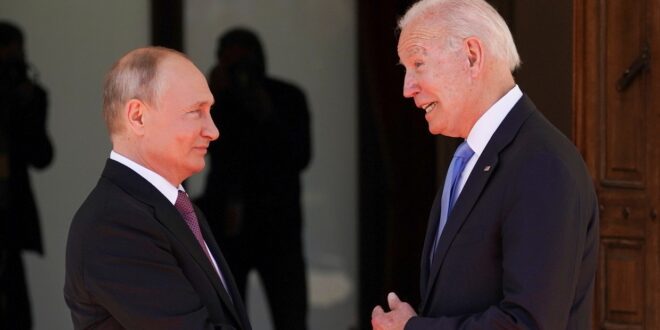 The negative media image of Biden is misrepresenting him and does not correspond with reality, asserted Vladimir Putin, stating that President Biden is skillful, lively, knowledgeable about the matters of which he speaks and that he is a focused statesman:

“The image of President Biden which the Russian and even American media paint has nothing to do with reality,” Putin explained. “Biden is a professional. You have to work with him very carefully so as not to miss anything. I can assure you, he doesn’t miss a thing. He’s collected. He understands what he wants to achieve. And he does it very skillfully. You can feel it right away.”

Vladimir Putin criticized both Russian and American media for chronically portraying presidents in a negative light, criticizing and focusing on whatever is destructive instead of the opposite.

Fyodor Lukyanov, the editor-in-chief of Russia in Global Affairs  and research director of the Valdai International Discussion Club, writes in short that: ‘ The long-anticipated summit between Russian President Vladimir Putin and his US counterpart, Joe Biden, was, a total, if modest, success. Aside from the hype, it achieved its goals of cooling tensions after years of circus antics.’

‘Yet, the outcome of the summit does not guarantee anything will change in the long term, as improving relations alone was simply not on the agenda.

Biden’s foreign policy is actually quite straightforward. Apparently, it will prioritize efforts to recreate the political alliance of ‘the West’ like it was in the Cold War, to contain and slow down China, and to engage in a limited way in regional conflicts where the US can, if possible, rely on local partners, rather than play the lead itself. Replacing the ‘global leadership’ slogan with ‘America’s return’ is a smart move that gives Washington much more flexibility than before since there is no clear idea in what capacity it is back in the global arena.

Russia’s priorities are also changing, and the shift is obvious to unbiased minds, hard as they are to come by in the West. In the previous years and even decades, Moscow has pushed for new institutions that would help establish the multipolar world.

Today, amid the drive toward re-nationalization of world affairs catalyzed by the Covid-19 pandemic, the future of intergovernmental organizations is up in the air, with countries eyeing the advantages of flying solo.’ Read the full oped here.

Geneva 2021: Also check out these topics at CNN or FOX News. Other sources may be New York Times, USA Today, the Washington Post or from the British angle, BBC, The Guardian, The Telegraph or Financial Times.