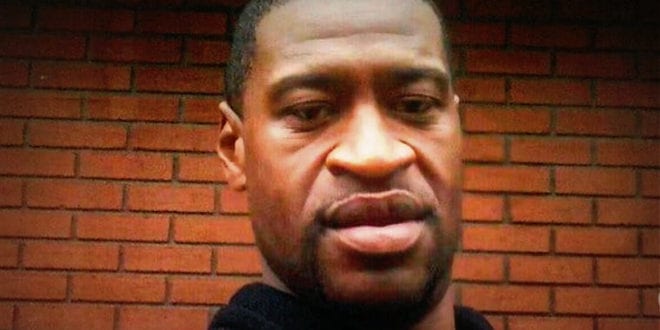 George Floyd Was Not Killed By Police, autopsy show died from overdose of Fentanyl

Herland Report: George Floyd was not killed by police. According to the toxicology report, Floyd died from a concentration of Fentanyl in his blood three times the fatal dose.

Fentanyl is a dangerous opioid 50 times more potent than heroin. You can read the analysis here.

Think about this for a minute.  What becomes of a society in which facts do not matter?

A link is provided to the autopsy report, writes Dr. Paul Craig Roberts, a leading US political economist and a regular contributor to The Herland Report.

HR comments: The murder of George Floyd raised legitimate anger over police violence, but sadly has been heavily abused by infiltrating political and anarchist groups. As they intermingle with those rightfully protesting against racism, looting and civil unrest will be blamed on blacks.

George Floyd Was Not Killed By Police, autopsy show died from overdose of Fentanyl?

The medical examiner found no physical evidence to “support a diagnosis of traumatic asphyxia or strangulation.”

The toxicology report says that the concentration of Fentanyl in Floyd’s blood was more than three times the fatal dose. Fentanyl is a dangerous opioid.

Reports that the coroner ruled Floyd’s death a homicide are incorrect, writes Dr. Paul Craig Roberts in this post.

Dr. Paul Craig Roberts: The US media, Democrat Party, white liberals, and the sorry excuse for a leftwing are so primed for “white racism” that they jumped to their desired conclusion and egged on riots and looting that resulted in massive property damage in multiple cities, some deaths, many injuries, and much damage to racial relations.

Democrat mayors and governors stood down. Police and National Guard attempting to contain the violence were not supported. Even the Chairman of the Joint Chiefs of Staff and Trump’s Secretary of Defense accommodated the rioting and looting by undermining President Trump’s stand against it.

Many people’s businesses were wiped out, and in most cases insurance does not cover damage from riots. The politicians and the media are responsible for the billions of dollars the “peaceful protests” cost. Those who suffered the damage should bring class action suits.

When the Minnesota police, who have been falsely charged with George Floyd’s murder, are tried, the jurors will be afraid not to convict. The story is set in stone, and too many powerful interests are committed to it.

The police have already been tried and convicted in the media, and the jurors will fear going against public opinion that the media and white liberals have orchestrated. The effect on police morale and commitment will be devastating.

Already police are standing down when faced with crimes committed by “people of color.” Blacks are learning that they have immunity from their violent behavior. For the criminal element, protests are profit opportunities.  Expect more “peaceful protests.”

The extraordinary abuses imposed on the defeated South by Reconstruction poisoned the relations between whites and blacks.

By 1900 Southern politicians, such as James K. Vardaman of Mississippi, in efforts to wrest power from money and the southern aristocracy cultivated racial hatred toward blacks among poor whites and used the electoral process to defeat Southern leaders such as Le Roy Percy who worked for racial harmony.

George Floyd Was Not Killed By Police, autopsy show died from overdose of Fentanyl? In our time, this process has been reversed. Now white liberals foment among blacks racial hatred against white people. White liberals have made up a false history, symbolized by the New York Times’ 1619 Project, that the United States is based on white racism.

This history is now institutionalized in the educational system and the media, which means that the rift between whites and blacks can only worsen.

Identity Politics, the official ideology of the Democrat Party and of what passes for a leftwing, disunites the population. Americans are divided into hostile groups by race, gender, and sexual preference.

Neither the Democrats nor the left any longer represent the working class, now defined as the enemy—“the Trump deplorables.” By disuniting Americans, the ruling elites have made effective opposition to them impossible.  As disunity serves the interests of the ruling elites, they will ensure that it continues. We can expect more cultivation of racial animosity.

Can we hope that responsible elements in the black population will step forward and unite with white counterparts to produce the amity among races that a multicultural society requires?  Any black American who attempted such leadership would be dismissed as an “uncle Tom” in service to white racism.

Facts no longer matter in the US or in the Western World. Factual accounts that do not satisfy the woke emotions are dismissed as racist or sexist or some other form of sin. In other words, truth in America has lost its power.

It is no longer possible to combat destructive ideologies with truth. You can test this yourself. Try to convince CNN, New York Times, NPR, a white liberal professor, a member of Antifa, or a black protester that George Floyd killed himself by over-dosing on a dangerous opioid.

The racist interpretation of America is designed to build anger among blacks and guilt among whites. As black hostility rises and white confidence declines, the society unravels.

As I have written, the US and the entirety of the Western World are living The Camp of the Saints.