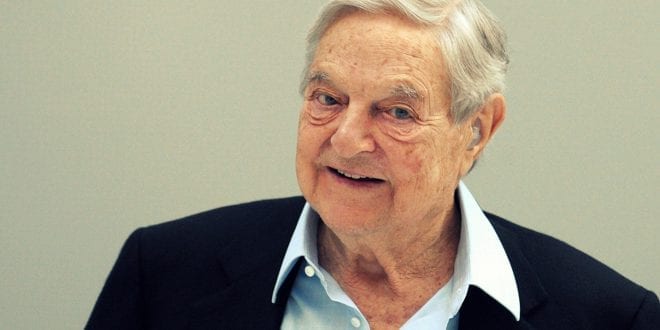 Herland Report: Are you terrified of “fake news”? Don’t worry, the elites are doing something to combat it!

As anyone active on the Internet is aware, there have been increasing calls for social media companies (Facebook, Twitter, etc.) to address the mostly manufactured crisis of “fake news” making its way onto people’s computer screens.

The mainstream media, which finds itself increasingly viewed as untrustworthy by the American public, has latched on to the idea that the relatively free flow of ideas and opinions on the Internet actually poses a threat to our well-being, writes Daniel McAdams at Ron Paul Institute.

As could be expected, political leaders jumped in early on this attack on independent media. In October, President Obama urged Americans to avoid independent news sources and stick with the mainstream, urging a kind of filter for information. He told an audience in Pittsburgh:

There has to be, I think, some sort of way in which we can sort through information that passes some basic truthiness tests and those that we have to discard. … The answer is obviously not censorship, but it’s creating places where people can say ‘this is reliable’ and I’m still able to argue safely about facts and what we should do about it.

Hillary Clinton, after losing the election, sounded even more bitter about non-mainstream media sources, warning the Senate about the, “epidemic of malicious fake news and false propaganda that flooded social media over the past year.”

To Hillary, it was personal: independent media could be deadly. Said the defeated candidate earlier this month:

This isn’t about politics or partisanship. Lives are at risk — lives of ordinary people just trying to go about their days to do their jobs, contribute to their communities. It’s a danger that must be addressed, and addressed quickly.

Lives are at risk! It was only a matter of time before some of these social media behemoths embraced the requests of the elites they most identify with. Yesterday, Facebook announced that it was going to employ a variety of “fact-checking” organizations to make sure no “fake news” made it onto people’s Facebook news feeds. So Facebook will be using Snopes, PolitiFact, Factcheck.org, ABC News, and the Associated Press, among others, to check its members’ postings and label them as “fake news” if these organizations determine them to be so.

One problem: these organizations themselves are among the biggest purveyors of real fake news! PolitiFact has a whole website dedicated to exposing the organization’s biases.

The popular site Snopes is in fact run by a husband and wife out of their home in California. Neither have any background in research or investigative techniques — they just use Google to make their determinations. As for AP and ABC News — they are mainstream media outlets with no clean hands when it comes to propagating fake stories. In fact the Associated Press has a long history of coordinating with governments to produce fake news.

Political fact checking is not a science. On the contrary, more often than not it carries with it all the biases of any hyper-partisan organization.

Never fear. A group of selfless and unbiased philanthropists have stepped forward to offer millions of dollars to assist these “fact-checkers” in their efforts to ferret out and disappear anything they determine to be “fake news.” It seems rather curious, however, that these donors are all in fact in one way or other completely beholden to Hillary Clinton and the left-interventionists of the Democratic Party.

Who are they? George Soros, otherwise known as Hillary’s sugar daddy. EBay founder Pierre Omidyar who’s given more than $30 million to the Clintons and their charities. Google — “in like Flynn” for Hillary. The Bill and Melinda Gates Foundation. And the commie/neocon National Endowment for Democracy (which, as a government-funded entity, will be using our own money to censor news it deems harmful to us).

These are the people who will decide what you will see on Facebook. Are you happy to be thusly protected?