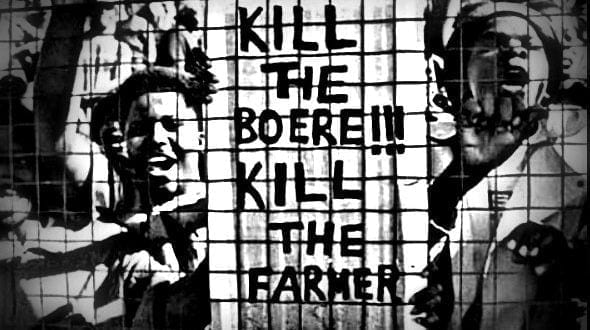 White Genocide: Apartheid against Whites: The subversion of fact-based science and scholarship by the emotion-based ideology of Identity Politics is laying the groundwork for the genocide of white people.

This sounds like an outlandish statement. However, it follows logically from the identification of white people with violence, oppression, and every evil in the world.

In a number of columns I have reported examples of attacks on scientists for concluding on the basis of their research that race, gender, and intelligence have a genetic basis.

As I am not educated in genetics, I cannot attest to the truth, falsity, or extent of genetic differences. My interest is limited to the suppression of scientific findings by ideology.

We are reliving the Catholic Church’s suppression of the evidence, and punishment of those who presented it, that the earth revolved around the sun and not vice versa, writes author, one of America’s leading political economists and chairman of the Institute for Political Economy, Dr. Paul C. Roberts on The Herland Report.

White Genocide: Apartheid against Whites:  We are reliving the belief in witches that resulted in the execution of innocent people in Salem, Massachusetts, during 1692-93.

We are reliving the destruction of Soviet genetics by Trofim Lysenko and Stalin.  And scientists and scholars are too intimidated to speak out.

Consider, for example, the case of James D. Watson who was rightly awarded the Nobel Prize for his discovery with Francis Crick of the double-helix structure of DNA, the molecule containing human genes. This was no mean feat.

One would think that such a scientist would be entitled to his conviction that there is a genetic basis for intelligence. In the world of yesteryear, that was the case, but not in today’s Identity Politics world.

Watson was stripped of his positions as Chancellor Emeritus, Oliver R Grace Professor Emeritus, and honorary trustee of the Cold Spring Harbor Laboratory that he long led and brought to prominence, because he expressed his conclusion that genes explain differences in average IQ scores among races.

White Genocide: Apartheid against Whites:  We do know that there are IQ differences between Asians, Europeans, Blacks, and Jews. A large number of studies have come to this conclusion. But the emotion-based ideology of Indentity Politics maintains that the difference is caused by environment, and the lower average IQ for blacks is caused by an environment of “white oppression.”

It is not clear how this Identity Politics explanation of average IQ differences explains why Asian and Jewish average IQs are higher than the average for blacks. Asians and Jews are not races that Identity Politics identifies with oppression of blacks.

The environmental explanation of IQ differences is being established by assertion as the “scientific explanation.”

There are some science-based findings, or findings said to be science-based, that environment explains in whole or part IQ differences. Normally, the scientific procedure would be for the two different findings to compete based on the evidence and convincing power of the rival explanations. White Genocide: Apartheid against Whites:  However, instead of being declared wrong, Watson was declared to be a racial bigot whose views are unacceptable. The Cold Spring Harbor Laboratory declared Watson’s conclusion to be “reprehensible,” “reckless” and “unsupported by science.” Somehow, a scientist who discovered the structure of DNA is not entitled to express his opinion.

This is an extremely serious interference into scientific inquiry by an ideology. What has happened to Watson is what happened to Soviet geneticists.

Today, as I reported in a previous column, scientists who investigate genetic differences have to do so underground in the way that Samizdat operated during the Soviet era.

How does this relate to the opening sentence of this column? What does the suppression of scientific inquiry have to do with genocide of white people?

The answer is that the same Identity Politics that interferes in scientific inquiry in order to be able to blame lower average black IQ scores on “white oppression” creates a range of other “facts” that demonize white peoples.

People who are demonized, as blacks are doing to South African whites, and as Israelis have successfully done to Palestinians by convincing Americans that every Palestinian is a terrorist intent on murdering Jews, are set up for very bad things happening to them.

It is now commonplace for white people to be pilloried, even by other white people, for innocently using words or terms or allusions long used but given by Identity Politics and political correctness new racist or sexist meanings.

White Genocide: Apartheid against Whites:  Classics are being removed from bookshelves because of “inappropriate language.” People are fired, such as the senior engineer at Google, for stating such obvious truths as “men and women have different traits and are good at different tasks.”

Everyone has to be the same, regardless of any facts. Indeed, if a man wants to self-identify as a woman or a woman as a man, that is their right.

When a tennis champion said that it is unfair for a person with a penis to self-identify as a woman and be permitted to enter women’s sport contests, she had to apologize.

People who have to apologize and who are punished for stating obvious facts are in an extremely weak position.

White Genocide: Apartheid against Whites:  This is what has happened to white people. They have been forced into the position that they cannot defend themselves without being branded “white supremacists,” which elicits more demonization of them.

Many white people themselves have been brainwashed into apologizing for being white.

Whereas it is increasingly dangerous for a white person to open his mouth, anything can be said about white people. For example, a student publication at Texas State University declared that white DNA is an abomination and that white people are oppressors who should not be allowed to exist.

The Hispanic author went on to write that “white death means liberation for all.” So we have a Texas college newspaper that sounds exactly like the radical black leadership in South Africa that demands “death to whites” and sings songs at political rallies about killing whites.

Imagine the fate of a white person who declared black DNA to be an abomination and that blacks should not be allowed to exist.

I have reported many examples of the double-standard that exists.

The problem with such double-standards is that that they create a sub-class of people who are guilty by definition and thereby cannot defend themselves without proving their guilt.

As the demonization of white people goes unchallenged, it becomes more extreme. In 2018 a black woman, Lisa Anderson-Levy, Associate Dean of Academic Affairs and Associate Professor of Anthropology at Beloit College gave an invited lecture at the University of Minnesota in which she explained that “whiteness” is an existential threat to the United States and needs to be dismantled. The need to “decenter whiteness” is “one of the most urgent social dilemmas of our time.”

She went on to declare objective truth impossible as teaching is “a political act,” except, of course, the teachings of Identity Politics. Only “whiteness” teachings are a political act.

Her defenders will make the point that when she denounces “the violence of whiteness” she is not referring, or at least not exclusively, to the physical violence of the KKK, slavers, imperialist and colonialist exploiters.

She means the entire range of Western civilization. It is all “whiteness”—science, mathematics, history, language and its use, ways of thinking and acting, everything. We are all, including whites, threatened by this “whiteness.”

White Genocide: Apartheid against Whites:  Here is a person, being honored by the University of Minnesota in a program used to “highlight sucessful alumni” of the university who wants to get rid of whiteness but emphasizes her commitment to “diversity, inclusivity, and equity.”

Notice the new meaning that Identity Politics has given to “inclusivity.” It now means the dismantling of “whiteness.” So how are whites included? What she is really talking about is getting rid of whites, and to the applause of many whites.

What would be her fate if she was talking about dismantling “blackness”? She would be demonized and instantly fired.

It is clear that although white people are still a majority in their countries, they are victims of Identity Politics, which has white people so demonized that they are able to defend themselves only at the cost of being labeled “white supremicists.”

Everywhere we see among white people a loss of confidence. In England’s Cambridge University a small number of protesting students has succeeded in convincing the university that it is guilty of “institutional racism” for teaching English literature and English history rather than black and minority literature and history. The idea that the function of education is to inculcate people into their culture is now damned as the elevation of whiteness.

In Jean Raspail’s novel, The Camp of the Saints, white Europeans are forbidden to marry and are bred out of existence. The novel could just as well have ended with blue-eyed blonds being bred as sex slaves to perpetuate the memory of the triumph of “sun people” over whiteness.

Dr. Ulmar Johnson explains the difference between sun people or blacks and ice people or whites. Here is another telling of the story. Clearly, this ideology leads to exclusion, not inclusion.

Dr. Paul Craig Roberts is the chairman of The Institute for Political Economy, former associate editor of the Wall Street Journal, and a well known author of many books. He is also a regular contributor to the Herland Report news site as well as The Herland Report TV Show. He has had careers in scholarship and academia, journalism, public service, and business. He has been awarded the Treasury Department’s Meritorious Service Award for “his outstanding contributions to the formulation of United States economic policy.”
Previous 5G Corona and Influenza, Norway case: Could there be a connection?
Next Interview Milo Yiannopoulos: Women need to drop New Left Feminism