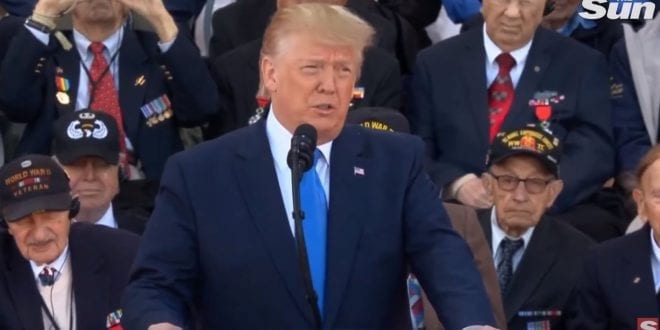 Herland Report: The Impeachment Circus speaks more for the lack of law and order in the US than anything else. Who would think that in our life time we would see the United States on the verge of political collapse – or takeover by groups hostile to democracy.

Attempted mutiny against its elected president, Donald Trump, has been ongoing for a few years now. At The Herland Report we have addressed this for a long time.

The endless “hearings before Congress” where individuals present slander and harassments as “evidence”, the media desperately trying to manufacture consent, the ridiculous Nancy Pelosi who openly admit to presenting allegations and smearing campaigns as “proof”, this is where the president is attempted impeached for talking to another head of state? It is madness.

Trying to stop Hunter Biden corruption and investigate what really happened as “some” got filthy rich in Ukraine, is now an impeachable offense? You’d think it is a joke. But it is the state of affairs in the United States of America.

Not to mention the power vacuum, as hundreds of American politicians fight against the people’s elected president in the halls of Congress, instead of providing leadership to the country. Dr. Phil Giraldi is a a former counter-terrorism specialist and military intelligence officer of the United States Central Intelligence Agency who spent twenty years overseas in Europe and the Middle East working terrorism cases. He is a regular at The Herland Report, read his analysis below:

Watching the impeachment “vote” was hard work. With only a few exceptions, each Congressman rose for roughly 90 seconds and provided a prearranged, almost completely scripted-along-party-lines explanation of how he or she was casting one’s ballot.

After four grueling hours of hearing self-serving lies like “no one is above the law,” I was hoping that one of them would either fall off the podium and fracture a leg or actually go mad and break out into a song and dance routine. The entire performance was the strongest possible argument for term limits that is possible to make.

However, one of the more truly interesting aspects of the proceedings was the Democratic Party view of Russia, which was cited constantly. According to most of the Democrats, Russian meddling was the decisive element in getting Donald Trump elected, and many of them also believe that there was collusion between the GOP candidate and President Vladimir Putin.

It is a viewpoint that is totally at odds with the facts, even if one actually believes that there was a meeting in the Kremlin at which a malevolent Putin instructed his myrmidons to “get Hillary.”

Slippery Adam Schiff, he of the intelligence committee, carefully referred to Russia as an adversary but many other Democrats kept using the word “enemy.”

Regarding Ukraine, it was also interesting to note bipartisan support for supplying lethal weapons to the puppet regime in Kiev so they can kill Russian soldiers.

No one, as far as I could discern, made the point that the United States had no real interest in regime change in Ukraine in the first place as it was a dangerous move that was responsive to no actual American interest. After that, funding and arming the locals to confront Moscow also would not seem to be in the US interest.

That so many congress critters seem to be hard wired in their Russo-phobia would seem to suggest that they are willfully ignorant on the subject and inclined to take the path of least resistance, which is to blame the Kremlin rather than the horrific US policy that preceded and brought about Moscow’s intervention.

One also has to conclude that while the Republicans continue to mostly quietly support an aggressive foreign policy, the real war party in Congress is now the Democrats.

They have incorporated Russia as the enemy so completely into their sense of identity that it has become the fallback position whenever they feel compelled to say something to distance themselves from the GOP.

For them Russia and Vladimir Putin are together the real enemy that is out to destroy what remains of American democracy. To put it bluntly, such an argument is ridiculous, but it is clearly believed by many in the House of Representatives and Senate.

While all of that was going on in high definition, there were other things taking place. A week before the “trial” in the House of Representatives, the White House ordered a new round of sanctions directed against Iran.

The sanctions in part target the country’s largest private airline Mahan Air, which was accused of “weapons of mass destruction proliferation” and transportation of lethal aid to Yemen. Secretary of the Treasury Steven Mnuchin issued a statement claiming that, “The Iranian regime uses its aviation and shipping industries to supply its regional terrorist and militant groups with weapons, directly contributing to the devastating humanitarian crises in Syria and Yemen.”

Mahan Air has been targeted by the Treasury Department since 2011, when it was claimed that the planes were being used by the Iranian Revolutionary Guards Corps (IRGC) to move troops and military hardware around the Middle East region. The airline has 55 planes and flies to 40 international and domestic destinations.

The airline is now sanctioned under the Executive Order 13382 as a “proliferator of weapons of mass destruction and their supporters.” Apart from the appalling English usage, one might well question the designation itself as Iran is not the party responsible for the humanitarian crisis in Yemen.

That honor goes to America’s good friend Saudi Arabia. And blaming the situation in Syria on Iran is also a bit of a misdirection as it is the United States that has prolonged the carnage in that country. And what weapons of mass destruction are involved in both cases is by no means clear.

Iran has no nukes and there have been no credible reports of the use of chemical or biological weapons in Yemen, while the stories about Syrian government employment of such weapons have turned out to be fabrications.

The Treasury Department sanctions targeted three general ticket sales agents of Mahan Air, as well as dozens of aircraft belonging to or operated by it. The new sanctions might be viewed as the latest step in the US government campaign to apply “maximum pressure” against Iran.

The move will mean that other countries in Europe and the Middle East will stop permitting Mahan Air flights from landing or otherwise using their facilities. The Treasury is clearly willing to use what are referred to as “secondary sanctions” on other countries if the ban on Mahan Air is not supported. It is economic warfare pure and simple and the intent might well be to shut down the airline.

The timing and targeting of the White House move suggest that pressure is being directed against Iran’s transportation links with the rest of the world, thereby isolating it and bringing it that much closer to economic collapse. How Iran will react to the new sanctions is not known, but if it is pushed hard enough it might choose to strike back.

There is also some concern over a bill before Congress that was originally introduced three years ago but which now appears to have sufficient support to pass into law.

It would authorize additional sanctions by the US Treasury Department directed against “the Syrian regime, Russia and Iran for past and ongoing war crimes” that it has been claimed took place during the Syrian war. As many of the alleged atrocities in the Syrian war have been exposed as fabrications by groups like the White Helmets, it is by no means clear how Washington will verify its list of “war crimes.” At least one report suggests that the White House now supports the bill and is likely to enforce any sanctions that are put in place.

And, of course, it just might be Israel that will pull the trigger and start a war. Israeli Prime Minister Benjamin Netanyahu, struggling for his political survival, continuously claims that Iran is planning to attack, requiring his continued strong leadership.

Last month, Israel carried out a “very intense” attack on Iranian and Syrian targets in Syria, killing 23 soldiers and civilians. Earlier, the Israeli Air Force claimed that it had destroyed an Iranian weapons depot in Iraq and also used drones to hit alleged Hezbollah targets in Lebanon. Some believe that the Israeli actions are intended to provoke an Iranian response that will bring the US into the fight.

So, Congress continues to whine pointlessly about Russiagate while the pot is boiling over in the Middle East. It will be interesting to see if it will be possible to make it through the year without something very unpleasant happening.

Dr. Phil M. Giraldi, is the Executive Director of the Council for the National Interest, that seeks a more interests-based U.S. foreign policy in the Middle East. He is a former counter-terrorism specialist and military intelligence officer in the US Central Intelligence Agency, a columnist and television commentator. He spent over twenty years overseas in Europe and the Middle East working terrorism cases and holds a BA with honors from the University of Chicago, an MA and PhD in Modern History from the University of London.
Previous The West support Marxist ANC in South Africa to destroy country?
Next Ledende medier var hovedkilde til Fake News 2011