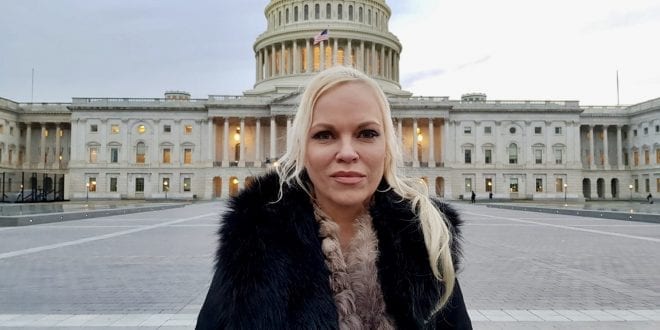 The analysis will present a comprehensive outlook on current international affairs in the months to come, as we strive to present in depth analysis on issues.

The upcoming shows will air on The Herland Report TV channel on YouTube and other TV channels.

We are pleased to announce that a series of well known intellectuals, authors and professors now regularly publish their material on The Herland Report Scandinavian news site.

The news site and TV channel on YouTube has millions of readers/viewers yearly, featuring leading free thinkers, intellectuals, authors and activists on foreign policy, Western cultural decay, religion and the need for international justice and respect for national sovereignty.

In the US, we met with the directors from Judicial Watch, who participated in several shows on the Hillary Clinton email scandal, the lying to Congress and selling of US uranium to the Russians while Russians paid millions into the Clinton Foundation at the same time.

These shows will be the first to air, as the urgency of the ongoing mutiny against president Trump is of utmost importance to deliver to the public.

Since Europe to a large degree remains a US vassal – with the fine exception of the UK, we do find that American voices are more sharply on the ball than the slower pace tone in the Northern European segment.

The degree of free speech is also greater in the US than in the European segment, where socialism has had a stronger hold for many years, silencing opposition, quenching individualism.

Judicial Watch is the public watch dog that sues the government in order to retrieve information that is of public interest, in the pursuit of uncovering government corruption and the misuse of power among the elites.

The steadily growing tendency to classify information has become a problem in the power structures in the US, the Judicial Watch lawyers work in this environment, steadily uncovering new information through application of the Freedom Information Act.

They speak about the ongoing Deep State coup and mutiny against president Trump, in a nation where the army no longer obeys the president. In December, president Trump ordered the troops out of Syria. So far, no one has moved, one of the signs of the deep split between powers in the US.

Norway was recently the focal point of a generous Hillary Clinton visit, March 8. We assume the Clinton Foundation needs more funding and Norway might just be an excellent place to start.

Norway, at the time led by the Norwegian Socialist Labor Party, was among the top three foreign states (with Saudi Arabia and Qatar) who paid hundreds of millions from various accounts into the Foundation when Clinton was Secretary of State. This was revealed by Judicial Watch.

Clinton has stern allies in Norway – the oil rich nation, “Europe’s Qatar”, with only 6 million inhabitants, who seem to support her every move.

The Norwegian Socialist Labor Party seems constantly overjoyed at the mere mention of her name, this time flooding social media with “sisterhood” selfies with the American war hawk who is ridden with scandal, notorious for lying to Congress.

This is the woman who sold the US uranium to the Russians, who then suspiciously paid millions into the Clinton Foundation, later covered up by the Obama administration.

And the media talks Russian collusion on …Trump? Not to mention other foreign states’ lavish contributions. All this and more will be discussed in the upcoming TV shows at The Herland Report.

Previous Why Do Central Europeans Love Israel So Much?
Next Poverty in Russia falls to five-year low, writes Joaquin Flores