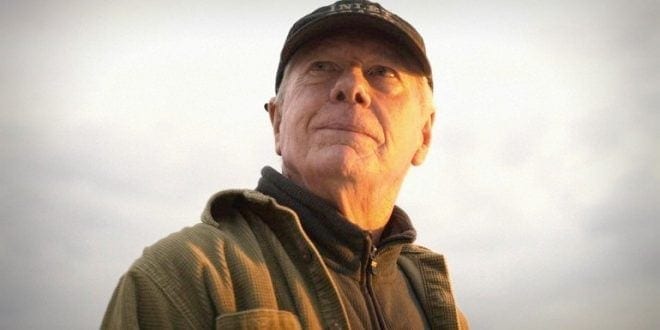 Herland Report: Hanne Nabintu Herland, founder of The Herland Report, speaks with Dr. Paul Craig Roberts about the implementation of the racist Liberal theories that now fuse the hatred of the white hetero male.

Why does the Democratic Party choose to pull the race card – just like Hitler did – as if good and evil ever corresponds to the color of someone’s skin?

Racism is defined as the evaluation of a person only based on the person’s ethnic origin or skin color.

The Left has irrationally implemented a racist theory that does not permit equal treatment regardless of race and ethnic origin. Rather, it seems to automatically prescribe the role of the victim to anyone with darker skin colors. This form for racism is now at the core of Leftwing thought.

With its remarkable rebellion against Western traditional values, the Left insist that individuals who are black should not be treated the same way one would with a white person.

It represents a total breaking away from the historic, Western, conservative principle and ideal of equality regardless of race, ethnic origin, gender, creed or class. Which asserts that you should be evaluated on the basis of your character, not skin color.

We had the privilege of a sit down with Dr. Paul Craig Roberts, one of the leading political economists in the USA, awarded by the Treasury Department’s for “his outstanding contributions to the formulation of United States economic policy.”

He is also the chairman of the Institute for Political Economy, a former Wall Street editor and an author of many books.

We discussed the current divisiveness in America, based on the identity politics narrative that tends to divide people according to race, creed, religion or background. Read the interview below. Dr. Roberts states: “You cannot have diversity in a population when you teach hatred of various compounds. What happened in the US was that the Liberal class, the progressive class, the Left wing class ceased to represent the working class and in place of standing up for the working class against the capitalist exploit employer.”

“They created a new victim group and a new exploiter: The white hetero male. The new victim class is everyone else. It’s the women, the blacks, the Hispanics, the homosexuals. Anybody but the white heterosexual male.”

Hanne Nabintu Herland, founder of The Herland Report: – You have said that the identity politics in America has destroyed the nation and created a nation where everything is deteriorating into “hate speech”, one group against the other. What do you mean by that?

We now have a situation in which you have new forms of diversity, such as homosexuals, straight, gender differences, racial differences and these have taken the place of the class difference.

The whole thing has been turned around. The new victim group being white heterosexual males are defenseless and not protected by any quotas, prohibitions against hate speech or hate crimes.

You can say anything about a white heterosexual male, which is peculiar if they are the dominant group. But you can’t say the slightest thing about blacks, or homosexuals or women.

Program 5: Financial Crisis Looming, program 6: The Shocking Truth about the Media, program 7: The Enslavement of the Working Class.

Dr. Paul Craig Roberts: – The subversion of fact-based science and scholarship by the emotion-based ideology of Identity Politics is laying the groundwork for the genocide of white people. This sounds like an outlandish statement. However, it follows logically from the identification of white people with violence, oppression and every evil in the world.

It is not a society that can exercise constraint over its government because it is split and not united. Therefore, it’s very easy for the very powerful interest groups to dominate. It becomes almost impossible to constraint the powers of government.

For example, in the 21th century, which is still a new century, the Bill of Rights has been stripped out of the Constitution.

The George W. Bush administration declared that the president, on his own authority, had the right to arrest and detain American citizens indefinitely without a warrant, without presentation of evidence to a court. In other words, the president said he had the powers of a medieval baron, to pick up somebody and throw them in a dungeon and keep them there.

Then we had, with the Obama administration, the president declaring he had the power to kill American citizens without due process of law, and exercised this power on some Islamic American citizens who he said were supporting terrorism. He murdered them with missiles shot from the US.

Dr. Paul Craig Roberts: – This is a claim that citizens can be executed without the process of law, based on suspicion alone. There needs to be no court, no conviction, no presentation of evidence, no inditement: Just execution. This is totally prohibited by the American Constitution.

We also now have the massive development of mass surveillance, mass spying, mass interception of personal communications without warrants. This is also strictly unconstitutional.

We actually have laws and in fact, just recently Congress renewed the law and president Trump signed it. It said that the national security administration can spy on whoever it wants without any warrant, without going to a court and presenting evidence for why this needs to be done.

So, we have massive surveillance. Not just on Americans, but on the whole world! You may remember the issue of the NSA intercepting the Chancellor of Germany’s personal cell phone calls.

Those are three big examples of how civil liberty, which is the basis of the US, has been destroyed in the 21th century, all based on “protecting us against terrorism”.

But of course, if there are no constraints on the government, you are not protected. The government, with that kind of power is a much greater threat to people than terrorists. This shows an extraordinary collapse because when the difference where class, there was an atmosphere for reforms.

When you no longer have the class distinctions, what reforms do you bring in in an age of identity politics?

Where every group has its own separate interest. There is no basis of any kind of reform. How do you reform? The way identity politics says you should reform it is to get rid of white people.

There was recently an article published in a Texas University student newspaper that says that white DNA is an abomination. In this type of attitude there is no basis of goodwill, some sort of compromise or common ground.

The old class distinctions contained, unless you were a Marxist, grounds of goodwill and compromise.  They had reforms that people didn’t have to literally fight for. The ruling class would say that they agreed to this, and there was a basis for goodwill. In identity politics, there are no basis of goodwill.

Hanne Nabintu Herland, founder of The Herland Report: – It is such a paradox because in Europe and in the whole world, we used to look up to America as a melting pot based on national identity regardless of creed and race. The ability for people from India, Pakistan, Ireland, Norway and other countries to travel to the great America and make it there, regardless of the class distinctions of “the old world”. We were able to make it here, even though we were poor in our countries of origin.

Dr. Paul Craig Roberts: – Yes, it is. Even more of a paradox because it is the ruling ethnicity that is on the defensive. It is under attack. This is not a hopeful situation.