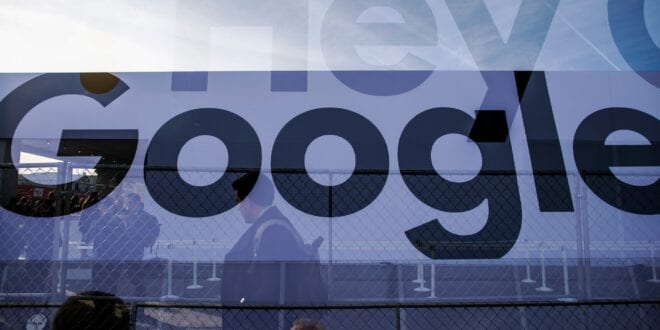 Herland Report: Who could have imagined that the West would implement the same type of totalitarian structures that brought Germany to its knees during World War II?

Yet, here we are in the age of censorship and authoritarianism, Conservative pages and others almost completely shut down by Google.

Diversity and pluralism is the enemy now. This was the very core of the totalitarianism so well described by Hannah Arendt: That the ruling elites were to control every aspect of a person’s life, family, opinions, sex, religious beliefs.

This is now quite well implemented by the social media and internet giants, such as Google, Facebook. If you favor traditional values such as the family and faith, chances are your post will not reach far.

This is why lawmakers in the House and Senate recently welcomed the Justice Department decision to file an antitrust lawsuit against Google.

What is claimed is that the tech giant uses its monopolist power to preserve its monopoly via its search engine.

Fox writes: “The lawsuit is the most important antitrust case in a generation,” Sen. Josh Hawley, R-Mo., said in a statement. “Google and its fellow Big Tech monopolists exercise unprecedented power over the lives of ordinary Americans, controlling everything from the news we read to the security of our most personal information. And Google in particular has gathered and maintained that power through illegal means.”

Long overdue anti trust lawsuit against censoring monopolist, illiberal Google: “The DOJ suit alleges that Google has used its dominance in online search and advertising to stifle competition and boost profits. The suit could be an opening shot in a battle against a number of Big Tech companies in the coming months.”

According to the lawsuit, “For years, Google has entered into exclusionary agreements, including tying arrangements, and engaged in anticompetitive conduct to lock up distribution channels and block rivals.”

“American consumers are forced to accept Google’s policies, privacy practices, and use of personal data; and new companies with innovative business models cannot emerge from Google’s long shadow. For the sake of American consumers, advertisers, and all companies now reliant on the internet economy, the time has come to stop Google’s anticompetitive conduct and restore competition,” it says.” End quote.

The New York Times writes: “The Justice Department accused Google of illegally protecting its monopoly over search and search advertising, the government’s most significant challenge to a tech company’s market power in a generation and one that could reshape the way consumers use the internet.

In a much-anticipated lawsuit, the agency accused Google of locking up deals with giant partners like Apple and throttling competition through exclusive business contracts and agreements. Google’s deals with Apple, mobile carriers and other handset makers to make its search engine the default option for users accounted for most of its dominant market share in search, the agency said, a figure that it put at around 80 percent.”