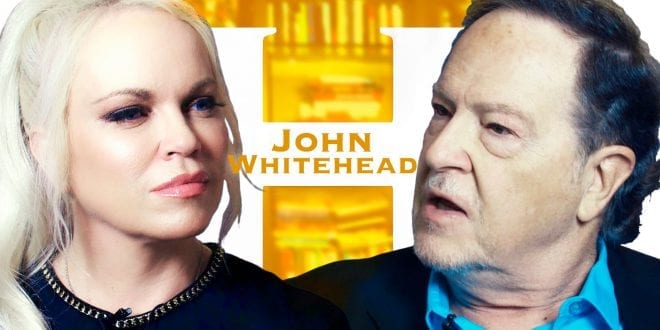 Mass Arrests, Politics of Fear as totalitarianism engulfs us

Herland Report: Politics of Fear: “Never has our future been more unpredictable, never have we depended so much on political forces that cannot be trusted to follow the rules of common sense and self-interest—forces that look like sheer insanity, if judged by the standards of other centuries.” ― Hannah Arendt, The Origins of Totalitarianism.

How do you persuade a populace to embrace totalitarianism, that goose-stepping form of tyranny in which the government has all of the power and “we the people” have none?

You persuade the people that the menace they face (imaginary or not) is so sinister, so overwhelming, so fearsome that the only way to surmount the danger is by empowering the government to take all necessary steps to quash it, even if that means allowing government jackboots to trample all over the Constitution.

This is how you use the politics of fear to persuade a freedom-loving people to shackle themselves to a dictatorship. It works the same way every time, writes John Whitehead, founder of The Rutherford Institute and one of America’s leading constitutional lawyers.

Politics of Fear: The government’s overblown, extended wars on terrorism, drugs, violence and illegal immigration have been convenient ruses used to terrorized the populace into relinquishing more of their freedoms in exchange for elusive promises of security. The more things change, the more they stay the same.

Case in point: on June 17, the same day President Trump announced that the government would be making mass arrests in order to round up and forcibly remove millions of illegal immigrants—including families and children—from the country, the U.S. Supreme Court handed down a ruling in Gamble v. United States that placed the sovereignty (i.e., the supreme power or authority) of federal and state governments over that of the citizenry, specifically as it relates to the government’s ability to disregard the Constitution’s Double Jeopardy Clause.

At first glance, the two incidents—one relating to illegal immigration and the other to the government’s prosecutorial powers—don’t have much to do with each other, and yet there is a common thread that binds them together.

That common thread speaks to the nature of the government beast we have been saddled with and how it views the rights and sovereignty of “we the people.”

Now you don’t hear a lot about sovereignty anymore. Sovereignty is a dusty, antiquated term that harkens back to an age when kings and emperors ruled with absolute power over a populace that had no rights.

Americans turned the idea of sovereignty on its head when they declared their independence from Great Britain and rejected the absolute authority of King George III. In doing so, Americans claimed for themselves the right to self-government and established themselves as the ultimate authority and power.

Politics of Fear: In other words, in America, “we the people”— sovereign citizens—call the shots. So when the government acts, it is supposed to do so at our bidding and on our behalf, because we are the rulers.

That’s not exactly how it turned out, though, is it?

In the 200-plus years since we boldly embarked on this experiment in self-government, we have been steadily losing ground to the government’s brazen power grabs, foisted upon us in the so-called name of national security.

Politics of Fear:  The government has knocked us off our rightful throne. It has usurped our rightful authority. It has staged the ultimate coup. Its agents no longer even pretend that they answer to “we the people.” So you see, the two incidents on June 17 were not hugely significant in and of themselves.

Trump’s plan to carry out mass arrests of anyone the government suspects might be an illegal immigrant, and the Supreme Court’s recognition that the government can sidestep the Constitution for the sake of expediency are merely more of the same abuses that have been heaped upon us in recent years.

Yet these incidents speak volumes about how far our republic has fallen and how desensitized “we the people” have become to this constant undermining of our freedoms.

How do we reconcile the Founders’ vision of our government as an entity whose only purpose is to serve the people with the police state’s insistence that the government is the supreme authority, that its power trumps that of the people themselves, and that it may exercise that power in any way it sees fit (that includes government agents crashing through doors, mass arrests, ethnic cleansing, racial profiling, indefinite detentions without due process, and internment camps)? They cannot be reconciled. They are polar opposites.

This slide into totalitarianism—helped along by overcriminalization, government surveillance, militarized police, neighbors turning in neighbors, privatized prisons, and forced labor camps, to name just a few similarities—is tracking very closely with what happened in Germany in the years leading up to Hitler’s rise to power.

We are walking a dangerous path right now. Read the full article here.

John W. Whitehead is a constitutional attorney, president of The Rutherford Institute and author of many books, his latest Battlefield America: The War on the American People. Widely recognized as one of the nation’s most vocal and involved civil liberties attorneys, Whitehead’s approach to civil liberties issues has earned him numerous accolades. The Rutherford Institute has become one of the United States’ leading advocates of civil liberties and human rights, litigating in the courts and educating the public on a wide spectrum of issues affecting individual freedom in the United States and around the world. The Institute’s mission is twofold: to provide legal services in the defense of civil liberties and to educate the public on important issues affecting their constitutional freedoms.

Previous Corrupt politicians and foreign governments bankrupt America
Next We need empathy: What can motivate us to do good to others?