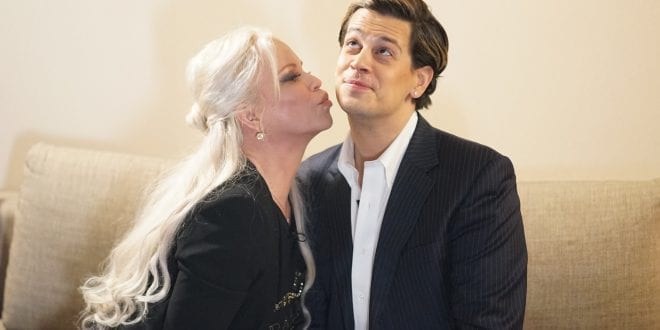 “A young, gay, alive Christopher Hitchens” (Bill Mahler), “The most hated man on the internet” (The Nation).

We feature this intellectual and free-thinker in a series of interviews on Herland Report TV.

Milo is a leading internet guru, reaching a young audience that does not identify with the New Left Liberal movement.

For this he has been heavily punished, demonized, harassed in the very typical totalitarian New Left way.

This is why we wanted to meet with him, to hear what he actually had to say outside of the scope of the “one minute debate” or his views portrayed in a biased way in various articles.

Milo Yiannopoulos has been notoriously portrayed by the New Left media as a man who “hates women” and “is hated by women”. This is the classical leftwing demonization technique done to defame somebody, ongoing for generations now.

“They have used their right to free speech, through the campus radicals in the 1960’s and 70’s, through the political correctness of the 90’s, and now social justice, the third wave Feminism, Black Lives matter of the 2010’s and inevitably 2020’s.”

Milo Yiannopoulos to Hanne Nabintu Herland: “They’ve used their right to aggressively express themselves, not for freedom, but instead for censorship in favor of politically correct New Left elites.”

“The American Founders never intended for the First Amendment to be advocated for Tyranny, but you have the Left saying in the most extraordinarily brazen way and abusive way, when they come up with sentences such as “masculinity is so fragile” and “kill all white men”, – using their First Amendment rights to advocate for the silencing of groups that have fallen out of favor.”

Herland is a Scandinavian historian of comparative religions, bestselling author, commentator and TV producer, known from the media for sharp analysis and fearless speech. She was born and raised in Africa, has lived in Europe, South America, in the Middle East, and travelled extensively in Asia.