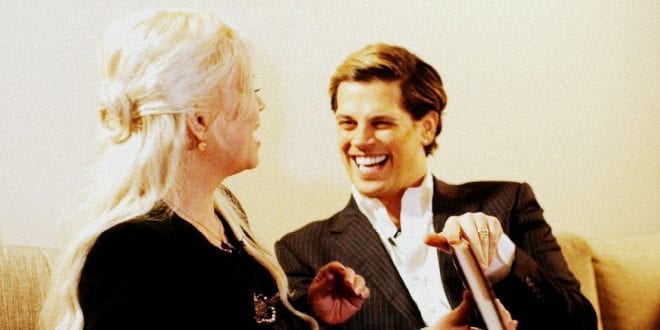 The Herland Report TV (HTV): The New Left West hates Christians: “Christianity works as a bool work against tyranny, everywhere you look in the world”, says Milo Yiannopoulos in this exclusive short.

“If you look at the oppression of Christians in China, in the Middle-East and everywhere that tyranny is asserting itself, Christianity must be eradicated. Because Christianity is the founder of individualism.”

Milo Yiannopoulos is an unusual intellectual with provoking technique of fearless and blunt speech.

He is also a New York Times bestselling author and an internet guru.

Milo appears at The Herland Report in provokingly honest conversations about the deterioration of freedom in the West.

The Herland Report has several interviews with “The Kanye West of Journalism” (Red Alert Politics), “A young, gay, alive Christopher Hitchens” (Bill Mahler) and “The most hated man on the internet” (The Nation), Milo Yiannopoulos.

“Christianity didn’t just exist in integrate symbiosis with capitalism and with freedom, democracy and the rest of it. They all fueled each other.”

“Capitalism is impossible without a protestant work ethic and many of these systems that underpin the success and freedom of the West did not happen in spite of, but along side Christianity and in some cases because of Christian values.”

“That is why the tyranny regimes all over the world wishes to exterminate Christians. The murdering of Christians goes completely unreported on.”

“In America, Christians have been bullied, ridiculed and demeaned in popular culture for decades! It has been done in a way that no progressive would dear to do with Islam.”