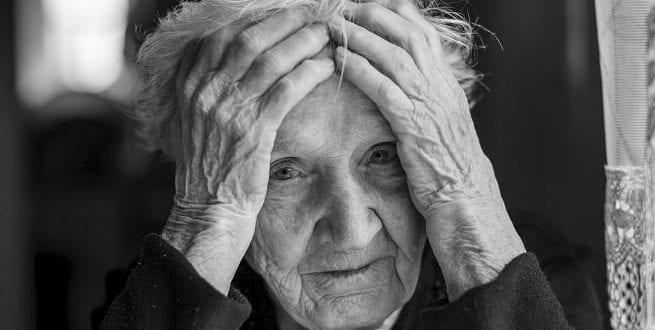 Herland Report: Stop the socioeconomic suicide, The Herland Report has warned since the beginning of the Covid-19 crisis: “You have a 0.03% chance of dying from COVID in the state of California,” co-owner of Accelerated Urgent Care in California, Dr. Erickson recently said, sparking national attention.

He demonstrated how the Covid-19 has taken very few lives in the state of California, questioning the continued economic lockdowns.

They compared the Covid-19 to an influenza with millions of cases, but small amounts of death. The death rate for California turns out to be approximately 0.03 %, in line with the Rystad Energy estimates and others. Rystad reports that as of 27 April, 54 million people have likely been infected
with Covid-19, according to their updated model.

When comparing regular seasonal influenzas to Covid-19, the flus are so far much more deadly. 650 000 people die yearly of a regular influenza, according to the WHO.

The current number of deaths in the US are highly unreliable and hard to estimate, as assumption of coronavirus is enough evidence to submit a death as corona death.

Worldometer info illustrates that within the Covid-19 time span pr end of March, 250 000 have died from suicide. No alarm from Bill Gates or the WHO on these numbers. Approximately 300 000 died in the same time span from traffic fatalities, 390 000 from HIV and 600 000 from alcohol.

As many as 1 100 000 died from smoking in the same time period. 2 million died from cancer in the same period, and as much as 2.4 million from hunger. Why did not Bill Gates raise the alarm about that?

John Ioannidis: Covid-19 “once in a century evidence fiasco”?

Stop the socioeconomic suicide: Stanford University School of Medicine professor John Ioannidis is one of the most-cited scientists of all times in the scientific literature.

He said on March 17 that the economic lockdowns as a response to Covid-19 could be a “once in a century evidence fiasco.”

Many are now openly asking if the COVID-19 reaction was overblown, and in that case, who pushed the exaggerations?

If politically motivated, the misinformation may have contributed to the largest economic meltdown in a century.

China only closed down its epicenter

Stop the socioeconomic suicide: “It is now clear that the lockdowns were a major mistake everywhere except the New York City metro area, and possibly even there,” said former New York Times reporter Alex Berenson.

The China example points in the same direction, as China only closed down one city, Wuhan and its province, Hubei. National borders were affected, but the Chinese strategy was to close down the Covid-19 epicenter, not the whole nation.

5 million inhabitants of Wuhan were even allowed to leave the city prior to its lockdown.

Covid-19 did not spread to the rest of China, even as the five million relocated within the country.

That would mean approximately 6 million people endured the 76 days lockdown in Wuhan.

The Western narrative that “China demonstrated its humanitarian care for the health of its people rather than caring only about the economy” was instantly followed by the West.

From day one, we suggested at The Herland Report that the corona crisis must be seen in light of the US-China trade war.

We wrote about the topic of World Health Organization chief, Marxist-Leninist Dr. Tedros’ possible politization the day before President Trump addressed it.

Stop the socioeconomic suicide: 1.1 billion now risk starvation due to the extreme lockdown measures. In the UK alone, 3 million go hungry due to lockdown, according to a recent report. Stark drops in income have pushed many families into poverty, research shows.

UK chancellor Richi Sunak recently issued a dire economic warning as a survey shows one in three jobs might be lost unless the lockdown is rapidly lifted.

Health experts now state that the danger from domestic abuse, suicide, unemployment and dying from other illnesses than Covid-19 may become the worst effects of the Corona scandal going forward.

Extreme measures were not recommended by many pandemic experts, but the British panic for a virus won the debate. A survey done by YouGov, shows 16 percent, the equivalent of 8 million people in the UK, facing lack of food of some kind due to the corona crisis.

The narrative has become that of either “caring for the people” and remaining in lockdown, or caring “only for the economy and money” and reopening. This ill advised narrative prevents politicians from reopening, although they now know this to be the right move.

The economy is the well-being of the people. With a destroyed economy, mass unemployment and bankrupcies, there is no healthy people, only national suffering.

Bill Gates is not a pandemic expert, but billionaire oligarch investor in vaccines

Stop the socioeconomic suicide: We closed down almost every county like Bill Gates advised, our nations now entering the worst financial break-down in modern history.

Bill Gates is not a pandemic expert, but a world leading investor, computer expert and founder of Microsoft. “Gates’ obsession with vaccines seems fueled by a messianic conviction that he is ordained to save the world with technology and a god-like willingness to experiment with the lives of lesser humans,” writes Robert Francis Kennedy Jr., an American environmental attorney, author, and opponent of vaccination.

Kennedy is a son of Robert F. Kennedy and the president of the board of Waterkeeper Alliance, a non-profit environmental group that he helped found in 1999.

He writes: “Indian doctors blame the Gates campaign for a devastating vaccine-strain polio epidemic that paralyzed 496,000 children between 2000 and 2017.

In 2017, the Indian Government dialed back Gates’ vaccine regimen and evicted Gates and his cronies from the NAB. Polio paralysis rates dropped precipitously.

#Vaccines, for #BillGates, are a strategic philanthropy that feed his many vaccine-related businesses (including #Microsoft’s ambition to control a global vac ID enterprise) and give him dictatorial control over global health policy—the spear tip of corporate neo-imperialism.”

Stop the socioeconomic suicide: While Bill Gates has been portrayed in Western media as the “world pandemic expert”, other national health experts have been shoved under the carpet.

The recent study by Professor Hendrik Streeck of the University of Bonn is significant as it is a fully representative sample population within Germany was tested and examined in great detail to determine what percentage had already been infected with Covid-19. He states that Covid-19 is much less deadly than previously thought.

Do we know enough to justify the massive measures that violate human rights in our free democratic society, asks Germany’s forefront virus expert in microbiology, Dr. Sucharit Bhakdi’s open letter to the Chancellor of Germany?

With all their predictable consequences. And if so, on which data are these decisions based and which strategies have been construed?

That the Western government shut downs is a completely wrong and extremely dangerous response to the Covid-19 virus.

The virus expert who is one of the most cited research scientists in German history asserts that self-isolating the whole population is “grotestque, absurd and very dangerous”. All these measures are leading to self-destruction and collective suicide caused by fear, Dr. Bhakdi states.

“This is the incredible tragedy, because all these adopted measures are actually senseless and meaningless. The life expectancy of millions is now being shortened because of this. The horrifying impact on world economy threatens the existence of countless people.”

Previous Dr. Fauci says COVID-19 May Turn Out To Be Like A Bad Influenza Season
Next Corona skandalen: Det norske flagget er populistsymbol?