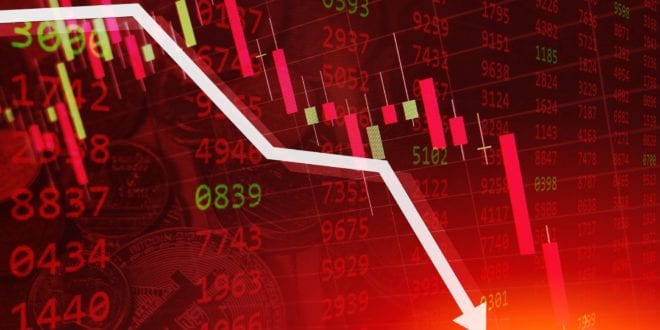 Herland Report: Sweden herd immunity is now WHO model: As the World Health Organization (WHO) now says that Sweden is the model for how pandemics should be handled, the effectiveness of Sweden’s approach is hailed as a victory, writes historian Hanne Nabintu Herland.

The irony is that the WHO boss, already under scrutiny over possible politization, Dr. Tedros, said the very opposite in the meeting with EU leaders on March 10.

By March 12, the EU irrationally closed down its economies as the favored method to fight a virus, completely disregarding the advice of its respective countries’ pandemic experts advice.

The WHO changes its numbers and sways between one extreme to the other, creating confusion as it goes.

On March 10, Dr. Tedros said in a meeting with to leaders that millions were expected to die from Covid-19 in Europe alone. Angela Merkel apparently was scared to death.

Estimating 3.5 % or more death rates among those the infected, describing the outbreak as “pandemic,” millions would be killed.

An estimated 60-70 % in the population were expected to contract the virus. British authorities stated 60-80 %.

Dr. Tedros is a smart man. By first allegedly under reporting the China numbers, then (if it turns out) brutally switched to over reporting prospects of millions of dead in Europe, the horror effect was massive.

The over reporting to EU leaders on March 10 is central, since Western leaders believe that whatever the WHO says is the equivalent to God speaking.

Sweden herd immunity is now WHO model:  The UK and US first supported the herd immunity strategy – The Sweden Model – then changed to the extreme economic lock down strategy and thereby joined the rest of Europe.

What made the UK and US change their minds and join the EU stupidity? Dr. Fauci’s advice to Trump is central, as is the Imperial Report draft, that turns out to not even be peer-reviewed.

The panic advice to shutdown the economy to combat the virus came from a mix between oligarch Bill Gates, the Imperial College Report and WHO leader, Marxist-Leninist Dr. Tedros who said millions would die, and CNN who massively pushed the same panic in the media.

Western oligarch owned CNN is actually proud of spearheading the horror scenario, they even summed it up in a separate CNN article.

Western billionaire oligarch and investor, Bill Gates, owns medical facilities, vaccine productions and distribution as well as funds NGOs such as WHO with billions as he is very interested in public world health.

Sweden herd immunity is now WHO model:  The Imperial College Report, which showed that millions would die in Europe and the US, was central to make the UK and US change their herd immunity strategy. The report now turns out to be fraudulent and very wrong.

The Imperial report predicted that 510,000 could die in the UK without lockdown, while 250 000 could die even with a isolationist strategy. The report is said to have made UK prime minister, Boris Johnson change his mind from herd immunity to rapidly implementing full economic lockdown in the UK.

Sweden herd immunity is now WHO model:  As it turns out, Dr. Anthony Fauci now says that it was him and Dr. Blix who came into president Trump’s office and made him change his mind about herd immunity, and close down the US economy.

They allegedly did this based on the Imperial College Report, which said millions would die from coronavirus in the United States.

Trump says “the big projection being that 2.2 million people would die if we did nothing. That was another decision we made, close it up.”

“That was a big decision that we made. Two very smart people walked into my office and said listen these are your alternatives. And that was a projection of 1.5 to 2.2 million people would die if we didn’t close it up. That’s a lot of people.”

Sweden herd immunity is now WHO model:  As it turns out, around 60 000 have died with coronavirus in the US, the numbers are – to add to the mess – based on assumpted corona deaths, as US authorities allow doctors who assume corona infection in patients to log the death as corona death. So, 60 000 are in the US, based on assumption, dead with Covid-19.

As the American immunologist and head of the U.S. National Institute of Allergy and Infectious Diseases, Dr. Anthony Fauci has since – just like the WHO – completely remodelled his assessment, now saying the Covid-19 is little more than a flu.

Sweden herd immunity is now WHO model:  Dr. Fauci recently admitted to persuading the president to the shutdown which effectively has stopped the soaring US economy.

The Imperial Report turns out to be a draft, not even be peer-reviewed

One may argue that the Imperial draft Report and WHO leader Tedros’ horror scenario predicting millions of dead did more damage to Western economy than the virus itself.

Dr. Fauci’s advice to Trump to shutdown the United States has proved to have a detrimental effect on American economy.

The Imperial Report, that swayed president Trump from herd immunity strategy to lock down later turned out to be half-fraudulent, a mere draft that was not even peer-reviewed, written by professor Neil Ferguson who has a long track record of overestimating numbers. (Ebola, Swine influenza etc).

The Imperial Report author, Ferguson also said that 150 000 people would die during Foot and Mouth outbreak. In the end, 200 people died.

He now even left the job at Imperial, allegedly breaking the isolation policy by meeting his married lover during lockdown.

The Imperial Report is questioned by Johan Giesecke, the Swedish professor who was the State Epidemiologist for Sweden and later the first Chief Scientist of the European Centre for Disease Prevention and Control (ECDC). He criticizes professor Neil Ferguson, the man behind the Imperial College Report that pushed the shutdown in the UK, according to Unherd.

As it turns out, the Imperial College Report that sent the EU into fear of mass deaths in Europe, was not even peer-reviewed and appear as more of a draft.

Herland Report warned since the beginning against economic shutdown

Sweden herd immunity is now WHO model:  Needless to say to those who regularly follow The Herland Report, we have warned since the very beginning against the economic effects of shutting down the economy as a model to fight a pandemic.

We did so based on the fact that the advice from national pandemic experts all over Europe was to isolate the medically frail, social distancing but not close down the economy.

What pandemic experts said was to isolate the medically frail, impose social distancing, but not add an economic crisis to the situation, pushing your nation into economic depression and massive suffering among the population.

They point out that they have has political agenda, pursue no personal interest and no interest of any third party.

This is important as the question of public health is now permeated by the agenda of the world’s richest men, such as Bill Gates.

Read the Herland Report article about the alarming interview with Dr. Sucharit Bhakdi, which sends a chillingly apocalyptic message:

The Western government shut downs is a completely wrong and extremely dangerous response to the Covid-19 virus.

Bjorn Lomberg says at a recent Tucker Carlson Tonight show: “Sweden is what you get when you ask experts to run the show.”

In addition, it is logical that you cannot fight a virus by adding the catastrophe of shutting down national economies. That means people will die from the pandemic and hunger, poverty, other illnesses.