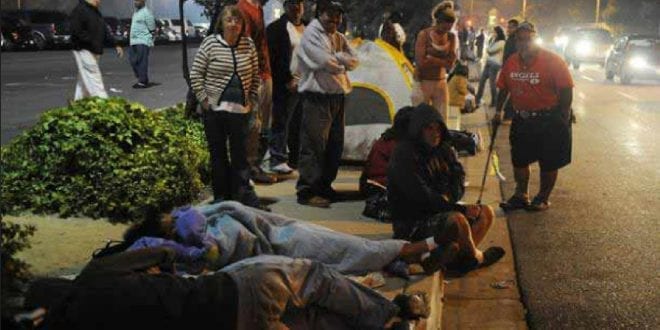 The Disunited Socialist United States: Most Workers Now Make More On Unemployment Than From Jobs

Herland Report: The Disunited Socialist United States: Almost a decade ago, we explained that America had become a bizarre kind of welfare state where, due to the premeditated vagaries of the tax code, hard work was punished.

As a reminder, back in 2012 we showed that it was increasingly lucrative – in the form of actual disposable income – to do the bare minimum, receive minimum wage and collect various welfare entitlements, than to work hard and aspire to a higher socio-economic status.

This was graphically, and very painfully confirmed, in the below chart from Gary Alexander, Secretary of Public Welfare, Commonwealth of Pennsylvania (a state best known for its broke capital Harrisburg), writes Tyler Durden at Zerohedge.

The Disunited Socialist United States:  Fast forward to today when thanks to “Biden’s Trillions” (which as we reported a month ago have sparked a historic labor shortage), any – not just hard – work is punished and instead America’s great unwashed masses are rewarded to do absolutely nothing.

Of course, the Biden admin will never admit to a full-blown socialist takeover of the labor force by the government’s handouts, and instead is blaming the collapse in people looking for jobs on such intangibles as fear of covid, mothers staying at home and who knows what else.

All of that is pure garbage.

The Disunited Socialist United States:  For the real reason answer listen to the Chamber of Commerce, which last week urged an end to Biden’s pandemic handouts as “paying people not to work is dampening what should be a stronger jobs market and is hurting the overall recovery”…

… or listen to the National Owners Association (NOA) — an independent group of McDonald’s franchisees — which sent a letter to its members on Sunday that blamed hiring challenges on the “perverse effects of the current unemployment benefits” and said “when people can make more staying at home than going to work, they will stay at home. It’s that simple. We don’t blame them. We fault the system.”

But even if one is willing to dismiss all of the above as partisan criticism of the divine socialist regime of Joseph The Ancient, one just has to listen to what that paragon of democratic, liberal, progressive values and ideals, Steve Rattner (best known as Counselor to the Secretary of the Treasury leading the Obama Administration, and the man who singlehandedly overturned bankruptcy law in the Chapter 11 case of General Motors) who today tweeted that “with enhanced benefits, workers (take Pennsylvania, for example) can now make more on unemployment than they did at their jobs.”

Coming from a Democrat, this was the most damning assessment of Biden’s catastrophic fiscal policy to date.

But what was even more shocking is the chart that Rattner tweeted: similar to our chart from 2012, it shows that as of this moment, tens of millions of US workers, in jobs ranging from dishwasher, to hotel clerk, to preschool teacher, to anyone on minimum wage, can now earn more from unemployment than from their regular job.

The Disunited Socialist United States: Also check out these topics at CNN or FOX News. Other sources may be New York Times, USA Today, the Washington Post or from the British angle, BBC, The Guardian, The Telegraph or Financial Times.