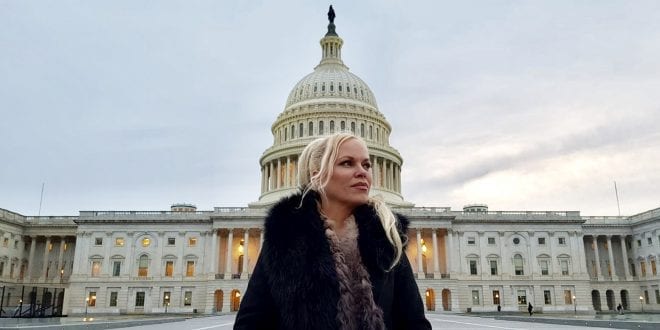 The Age of Western Stagnation: Greed and Lack of Trust

Herland Report: Western stagnation: We live in an age of remarkable Western stagnation. Respect for traditional values such as honesty, trustworthiness and self-restraint have been killed off by the Marxist rebellion against morality.

It may be argued that the deterioration of traditional ethics is precisely the element that contributes to economic decline that may mark the end of Western greatness, writes historian and author, Hanne Nabintu Herland in her regular World Net Daily column, America’s largest conservative network.

The 2007 financial crisis explains well how this evolved, as the rules on how values are created were scrapped.

Solely with personal profit in mind, leading financial acrobats, insurance and real estate agents developed structured financial products that ended up exploiting the Capitalist order to maximize personal gain. Bubbles of greed and lack of moral codex resulted in a lack of trust within the system.

Western stagnation: Since the early 1980s, economic growth has increasingly been driven by financialization – the replacement of industrial activity by financial trading.

People like hedge-fund manager, George Soros, have greatly benefitted from financialization. Soros explains in his 1999 60 Minutes interview how he advises more regulation of the system, yet he had the main part of his hedge fund companies registered outside the US, precisely in order to, as he states, not to have them regulated.

Satyajit Das points out in The Age of Stagnation that forty years back, America used to have its own industries, carpenters, electricians, factory workers. Then, most of this was outsourced to China and the Far East, leaving regular Americans without the manual skills that once built America.

The financialization has increased the level of borrowing to finance consumption, investment and consumerism. With the slowing down of innovation and productivity, the West struggles with an aging population and growing inequality.

On the backdrop of this development, Donald Trump’s project was to bring working class jobs back to America and more accountability among the elites, which obviously was not wanted.

Inequality is exploding more than ever. Already in 2015, 1% of the population in the world had more wealth than the rest 99% combined, according to Oxfam.

One of the results of globalism is that a few individuals now own more than 50 % of world assets. A 2013 Pew Research Centre survey that asked people in a number of countries whether they believed that their children would have better-living standards showed that only 33% of Americans believed so, 17% of British and as low as 9% among the French. The depressing mood is all-encompassing.

By 2007, the debt level had risen beyond the repayment capacity of borrowers, causing the financial meltdown. Satyajit Das points out that the weight of debt eventually acted as a brake on growth.

Capitalism is, after all, an economic system in which the means of production are privately owned – that is, individuals are to own the fruits of their own labor. When the individuals involved no longer work according to a certain moral standard, the system malfunctions.

Western stagnation: The result of twisting the system was that the market’s circulation, the finance sector, was seriously injured. It ironically proved that Capitalism does work according to one its norms: the market will react to bad deals.

It is now desperately clear that the economic sector needs to strengthen its ethics. If the quest for wealth becomes a personalized project, “a financialization game” devoid of social responsibility and devoid of its initial focus on the betterment of society, it becomes a counterproductive catalyst for limitless greed.

There needs to be, as Adam Smith pointed out, a dissatisfaction to stimulate economic activity and growth – a constructive deconstruction, but one that does not overwhelm it all and cause a lack of balance.

Many have put the blame for the 2007 financial crisis on the bankers and real estate agents. However, the hunt for-profit by using loaned money – not your own –  the race for consumerism and shopping only on overloaded credit cards, is something that was done by “almost everyone”. The blame cannot only be pinned on financial agents.

They offered houses that many were more than willing to move into, knowing that they would not be able to pay the mortgage.

One of the human challenges is that people tend not to be sufficiently sensible or rational. When we borrow more than we are able to pay back, and when banks issue larger loans than they know that the borrower can handle, both parties are consumed with greed.

We now live in a loan addicted culture. Jacob Rothschild has correctly pointed out that we do not know where this ends.

Western stagnation: Also check out these topics at CNN or FOX News. Other sources may be New York Times, USA Today, the Washington Post or from the British angle, BBC, The Guardian, The Telegraph or Financial Times.

Previous The tyranny of the Left: Zero respect for Christianity and its impact on Western Civilization
Next The Lancet reports Sharply rising Covid among Vaccinated