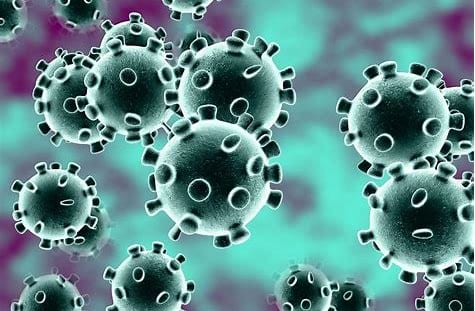 Herland Report: The Corona Killing of Western Small Businesses: In what increasingly looks like a massive attack on small to medium private businesses all across the West, Amazon and the globalist multinational conglomerate mastodons are set to take over these markets.

As 48 % among smaller private businesses now warn of upcoming bankruptcies are the lockdowns to prevail, the robbing of the middle class continues.

The economic effects of the Corona virus were discussed in my last article at World Net Daily, as I pointed out that few discuss the massive Corona redistribution of wealth, as the virus makes billionaires’ such as Bill Gates, Jeff Bezos, Mark Zuckerberg and others’ fortunes soar with massive profits, writes historian and founder of The Herland Report, Hanne Nabintu Herland.

The virus has also been remarkably vital in shaping the US election, as mail-in-ballot would be unthinkable was it not for the lockdowns. China has also profited massively, as it is now the only nation now with double digit growth. China only closed down for a few weeks at the beginning of the year, and only one city, Wuhan, and its region. As early as spring, they opened and business has been soaring since.

The US, UK and others have chosen a different path and are now in massive recession, lockdowns killing off small private businesses. Nobody hears the owners’ voices as they lose everything. While the ultra-rich have the lavish access to the mainstream media loud speakers – which they own, the small business owners and the working class are the losers in the Covid economic game.

“Not even during the Great Depression of the 1930s did we see anything like this.  The big corporate giants with extremely deep pockets will be able to easily weather another round of lockdowns, but for countless small businesses this is literally a matter of life and death,” writes author of Lost Prophecies Of The Future Of America,  Michael Snyder in his blog:

“Every day we are seeing new restrictions being implemented somewhere in the nation, and the politicians that are doing this are killing the hopes and dreams of countless small business owners.  According to a recent Alignable survey, 48 percent of U.S. small business owners fear that they could be forced to “shut down permanently” in the very near future…”

As I also pointed out in the WND article, the lack of state regulations for the globalist high tech monopolies are dramatic.

The market is in desperate need for better regulations.

The Communist level censorship in the West administered by Facebook, Google, Twitter has effectively shut down conservatives and others who see the world from a different perspective than the Marxist radical Left capitalists.

Twitter CEO,  Jack Dorsey even administers childish warning signs on the President’s tweets. In the upcoming months prior to the US election, the mess connected to the Dominion Voting System just adds to the general notion of the implementation of Communism in America.

The willing to go to Stalinian lengths to shut down the respect for diversity is remarkable to watch.

.@BillGates on Covid: "Even through 2022” we should be prepared for life to not return to “normal”

Says “sadly" it’s "appropriate” for bars and restaurants to close over the next "four to six months" pic.twitter.com/cmDD8pv3XR

When the founder of World Economic Forum, Claus Schwab pointed out that we must move on from neoliberalism or free market fundamentalism post Covid, he says that the way the system works now, it only benefits the already ultra-rich.

The other day, Gates was on CNN again, predicting further months of lockdown and normality not returning until 2022.

He may hope for years of lockdowns as the longer Covid lasts – or the fear of Covid which is so skillfully pushed by the mainstream media – the more Gates earns.

Snyder writes: “Based on this week’s Alignable Q4 Revenue Poll of 9,201 small business owners, 48% could shut down permanently before year’s end. In fact, this number jumped from 42% just two months ago, demonstrating how several factors have converged to devastate small businesses: COVID resurgences, forced government reclosures, elevated customer fears, and a surge in online shopping at Amazon and other national ecommerce giants.”

Note that Bloomberg long ago reported a 41 % decline of black American small business owners from February to April, 2020. The US lockdown has hurt African American businesses the most.

The videos online of crying African Americans pleading for the rioters to stop destroying their property are seemingly endless.

Who chose for the Antifa and Black Lives Matter marches to swing by precisely the black business owner neighborhoods and smash stores there? Who is planning to take over?

Most of the massive destruction of shops was done to mainly black American owners, reports show. BLM leaders state that the aim is to end private property rights, a standard Marxist goal.

And it is not that we don’t love Amazon, which administers wonderful products from the producers straight to our door step, avoiding completely the small business retail stores. We just wish for some more redistribution of wealth – and justice among men.

Previous 48% Of US Small Businesses May Be Forced To Shut Down Permanently
Next Mitt forhold til Islam og Riktig God jul til Alle Muslimer! – Nabintu