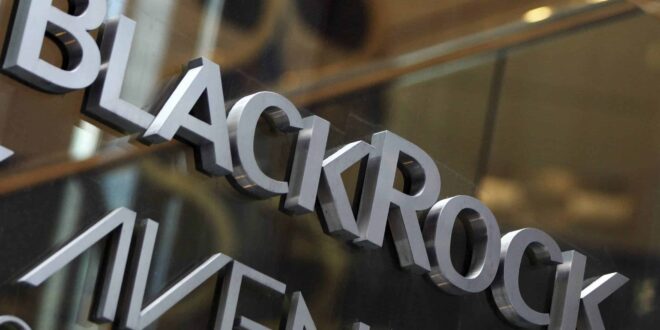 Yes, there is a conspiracy: It is the Conspiracy of the Elite against the rest of us

You can learn much about it from Kees Van Der Pijl’s just published book by Clarity Press, States of Emergency.

The elites are a mere handful, but they control all the power. They control the print, TV, and social media, universities, think tanks, governments, finance, large scale production, bar associations, health care, most celebrities, and have their own organizations that comprise interlocking directorates such as Bilderberg, Atlantic Council, Trilateral Commission, Council on Foreign Relations, the G30 group of former central bank presidents, World Economic Forum, the World Bank, the IMF. The same people comprise corporate boards and the top executive ranks of large corporations, writes Dr. Paul Craig Roberts, chairman of The Institute for Political Economy, former associate editor of the Wall Street Journal and author of many books.

Dr. Roberts held the William Simon Chair in Political Economy at the Center for Strategic and International Studies for a dozen years, where his colleagues were Henry Kissinger and Zbigniew Brzezinski.

In this article, Dr. Roberts explains how he let pass the opportunity to be a well-rewarded intellectual servant for the ruling elite. “I fought them and had to leave the chair.”

The Conspiracy of the Elite against the rest of us: The gathering of power went through many steps. For example, during the Clinton regime in the US the diverse and independent media was concentrated in 6 hands.

Six mega-companies were permitted to buy up 90% of the US media. The concentration of the media went against all American tradition.

Regulation of industries was abandoned on the basis of Alan Greenspan’s edict that “markets are self-regulating,” and regulatory agencies became marketing agents for formerly regulated industries such as pharmaceuticals.

The Sherman Anti-trust Act became a dead letter law on the basis of the assertion that in the global economy only the very large could compete. Thus, monopoly control replaced the market economy.

Meanwhile, the elite use their control over ideas, communication, and entertainment to keep us peons fighting among ourselves: Republicans vs. Democrats, Liberals vs. Conservatives, racism, women’s rights, transgender rights, abortion rights, and distracted with Russian Threat, Chinese Threat, Terrorist Threat. The real threat goes undisclosed and unremarked.

Deceit of the people is the priority task for all Western governments, supported by intelligence agencies, IT corporations and media.

Leysen is a member of the Trilateral Commission, Friends of Europe, and the Bilderberg Group.

This group connects to other groups, such as the Cercle de Lorraine. Among the members is Christian Van Thillo who owns practically the entire Belgian and Dutch newspaper market.

The French, US, and UK media are also concentrated. All of the owners are brought together via elite organizations.

The Conspiracy of the Elite against the rest of us: Think tanks are funded by the military/security complex and corporations. The purpose of think tanks is to provide studies that further the interests of their donors– Northrop Grumman, Raytheon, Boeing, Lockheed Martin, Airbus, the Pentagon, the Air Force, the Army, the Department of Homeland Security, the State Department.

The largest beneficiary is the RAND Corporation which received more than a billion dollars. Other beneficiaries of military/security largess are the Center for a New American Security whose CEO was Victoria Nuland, the current Undersecretary of State, the Atlantic Council, the German Marshall Fund, the Center for Strategic and International Studies where I held the William Simon Chair in Political Economy for a dozen years, and my colleagues were Henry Kissinger and Zbigniew Brzezinski.

I let pass the opportunity to be a well-rewarded intellectual servant for the ruling elite. I fought them and had to leave the chair.

Not long afterwards I was kicked out of my media positions for the same reason. It has become impossible for dissidents from the official narratives to have a career in the Western world.

Van Der Pijl’s book is a short one, 287 pages, but it is chock full of information which readers can tell from the fact that this is my third article about the book. Not every page will hold your attention and his overall view will not please all, but the evidence he provides shows how the elite gathered and use power.

The elite rule us all. They subsidize conservatives whose patriotism supports “America First” and wars against orchestrated enemies. They subsidize the leftwing whose accusations foment distraction from the secret agenda. They subsidize liberals whose ideas serve to deconstruct and weaken the society and make it easier for the elite to conquer.

The vast bulk of Americans and Europeans are left in the dark and have no understanding that day by day their lives come under more control in order to clear the way for agendas of which they are unaware. Reading Van Der Pijl’s book will help the unaware grasp what is afoot.

Dr. Paul Craig Roberts is the chairman of The Institute for Political Economy, former associate editor of the Wall Street Journal, and a well known author of many books. He is also a regular contributor to the Herland Report news site as well as The Herland Report TV interviews on YouTube. He has had careers in scholarship and academia, journalism, public service, and business. He has been awarded the Treasury Department’s Meritorious Service Award for “his outstanding contributions to the formulation of United States economic policy.”
Previous Surveillance Orwell 1984 No Longer Fiction
Next Israel over 90 % vaccinated, yet hospitals are full of Covid patients