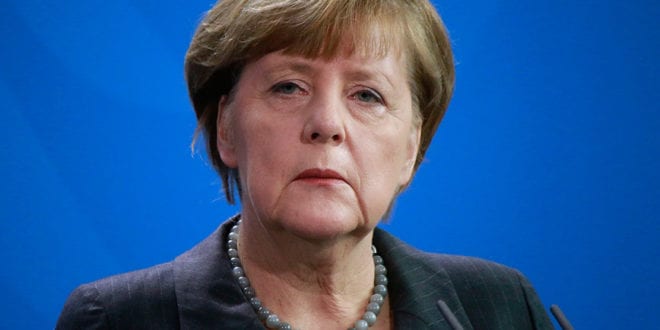 Western leaders try to hide it: Corona shutdown came due to blind trust in WHO, Imperial Report predicting millions dead

Herland Report: Hanne Nabintu Herland at WND: Corona shutdown came due to blind trust in WHO, Imperial Report predicting millions dead: Many are now openly asking if the COVID-19 reaction was overblown, and in that case, who pushed the exaggerations?

If politically motivated, the misinformation suggesting mass deaths has contributed to the largest economic meltdown in a century.

The WHO reporting pr. March 10 to European leaders predicted millions of dead from coronavirus in Europe alone. The Imperial Report did the same, Bill Gates was overly eager to push massive shutdown too. As it turns out, they were wrong.

Was it stupidity that led WHO leader, Marxist-Leninist Dr. Tedros to report catastrophic numbers? Was it done willfully to produce mass shutdown of European economies?

The Herland Report has all this time stated that China is smarter than the West as it only closed down its epicenter, and is set to gain from the situation.

Was it done to support the Marxist-Leninist leader of China, Xi Jinping strengthening its position in the US-China trade war, effectively causing the economic setback of a century in the West?

Dr. Tedros is, after all, China’s man for the WHO position.

To what extent was the WHO horror numbers presented with political motivation for some of the above? We already know that Dr. Tedros has wrongfully reported fake pandemic numbers before and Ethiopia received millions from China during his time as Minister of Foreign Affairs. China’s control over Africa is not exactly a secret.

Why was China so eager to get Dr. Tedros for the role as WHO leader, even if the man is not even a medical doctor?

We trust that the Judicial Watch FOIA lawsuit for the records of what WHO said to Dr. Anthony Fauci will shed some light. He was, after all, the man who convinced president Trump to go for shutdowns, allegedly based on the information he received from the WHO.

Corona shutdown came due to blind trust in WHO, Imperial Report predicting millions dead:  Western oligarch billionaire and one of the world’s richest men, Bill Gates, was equally eager, as we all remember, to economically shutdown the West completely. He is one of the world’s leading investors, particularly interested in controlling global public health, it seems.

Corona shutdown came due to blind trust in WHO, Imperial Report predicting millions dead:  Bill Gates own global vaccine programs, the distribution chains, pay billions to WHO (Dr. Tedros even only titulates Gates in official speeches as as “my brother”, that is how close they are).

It is no secret that the world’s richest men are in a process of acquiring the control over public national resources through the Davos system, which merges private and public funding into one pool of cash.

To control public funding is not a bad idea. The control over tax payer money merged with private capital gives access to billions, and defined the unbelievable success of the British East India Company back in the day.

To this day, the word is that the East India Company is the most profitable every in history. So, if the Western population do not object to billionaires such as Gates controlling tax money too, this is what we have in store in the years to come: The billionaire takeover of democracy and its national funds.

Why did the WHO push catastrophic numbers of dead from corona?

Corona shutdown came due to blind trust in WHO, Imperial Report predicting millions dead:  “You have a 0.03% chance of dying from Covid-19 in the state of California. Does that necessitate people being out of work,” asked Accelerated Urgent Care owner, Dr. Dan Erickson recently.

He showed how the Covid-19 has taken very few lives in the state of California, questioning the continued economic lockdowns.

The question is legitimate, as China – whom we all seem to follow in their spearheading of lockdowns – only closed down its epicenter, Wuhan and its Hubei province.

They compared the Covid-19 to an influenza with millions of cases, but small amounts of death.

The death rate for California turns out to be approximately 0.03 %, in line with the Rystad Energy estimates and others. Rystad reports that as of 27 April, 54 million people have likely been infected with Covid-19.

When comparing regular seasonal influenzas to Covid-19, the flus are so far more deadly. 650 000 people die yearly of a regular influenza, according to the WHO. So far, the Covid-19 numbers are approximately 250 000 pr May 7th, 2020, according to Life News.

US corona death numbers are hard to estimate the accuracy of, since “assumption of corona” is evidence enough to register the death as corona. This makes it almost impossible to assess how many actually die with corona in the US.

Even in the US, the 2018 deaths from regular influenza was around 80 000, according to CNN. Where was the overly eager Bill Gates in 2018? 80 000 deaths in the USA alone is quite a pandemic. Why no media attention back then, why no requirements to shut down the economy and isolate everyone?

The current number of deaths in the US are unreliable, as “assumption of coronavirus” is enough evidence to submit “death by corona”.

Stanford University School of Medicine professor John Ioannidis is one of the most-cited scientists of all times in the scientific literature. He said on March 17 that the economic lockdowns as a response to Covid-19 could be a “once in a century evidence fiasco.”

“It is now clear that the lockdowns were a major mistake everywhere except the New York City metro area, and possibly even there,” said former New York Times reporter Alex Berenson.

Why was the Imperial Report draft pushed politically to cause shutdown?

Corona shutdown came due to blind trust in WHO, Imperial Report predicting millions dead: From day one, we suggested at The Herland Report that the corona crisis must be seen in light of the US-China trade war. We wrote about the World Health Organization leader, Marxist-Leninist Dr. Tedros’ possible politization the day before President Trump addressed it.

The Imperial College Report, which showed that millions would die, was central to make the UK and US change their herd immunity strategy.

Corona shutdown came due to blind trust in WHO, Imperial Report predicting millions dead:  The report has since turns out to be fraudulent, its author Neil Ferguson sacked and the entire report not even peer-reviewed. Ferguson was notorious for overestimating numbers, both during Ebola and the Swine flu. Ferguson estimated that 150 000 would die in the UK during the Foot and Clove flu. 200 died.

As it turns out, Dr. Anthony Fauci now says that it was he and Dr. Blix who came into president Trump’s office and made him change his mind about herd immunity, allegedly based on the Imperial Report.

It seem then, that it was Dr. Fauci who persuaded the president to shut down, which effectively has stopped the soaring US economy. They allegedly did this based on the Imperial College Report, which said millions would die from coronavirus in the United States.

As many as 1 100 000 died from smoking in the same time period as Covid-19, according to Worldometer info. 2 million died from cancer in the same period, and as much as 2.4 million from hunger. Bill Gates, WHO and CNN saw no need to sound the alarm on that.

1.1 billion now risk starvation due to the extreme lockdown measures. In the UK alone, 3 million go hungry due to lockdown, according to a recent report.

The narrative has become that of either “caring for the people” and remaining in lockdown, or caring “only for the economy and money” and reopening. This ill-advised narrative prevents politicians from reopening, although they know this to be the right move.

The economy is the well-being of the people. With a destroyed economy, mass unemployment and bankrupcies, there is no healthy people, only national suffering. This seems to be the chosen path.

Hanne Nabintu Herland is a historian of religions and bestselling author. She is the founder of The Herland Report Scandinavian news site, TV channel on YouTube and Podcasts which have millions of readers/viewers yearly. This is a great place to watch interviews with leading intellectuals, thought leaders from across the political spectrum. Herland’s books include Respect, Det Nye Babylon, The Culture War. How the West lost its Greatness, and her latest, New Left Tyranny. The Authoritarian Destruction of Our Way of Life is available on Amazon, Barnes and Noble, across the USA and in 60 countries world-wide. New Left Tyranny shows how the neo-Marxist New Left turned their back on historical Western principles and became a destructive authoritarian force. www.theherlandreport.com
Previous The Case of General Michael Flynn:  The Use of Law as a Political Weapon
Next Ny bok ute i USA “New Left Tyranny” om 68ernes partnerskap med grovkapitalismen – Hanne Nabintu