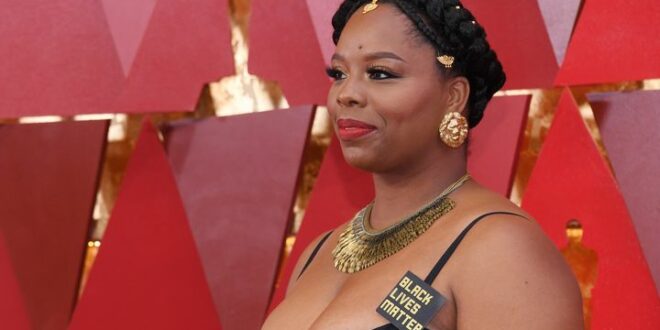 Married to Janaya Khan, co-founder of BLM Toronto, Khan-Cullors is on a big shopping spree according to New York Post, buying four homes for a price tag of around 30 million dollars.

Daily Wire host, Candace Owens spoke up about the openly Marxist BLM founder, asking her exactly what it was that made her choose to buy several million dollar homes in “white areas”, not “black areas”, since white people supposedly are “her oppressors”, writes historian and founder of The Herland Report, Hanne Nabintu Herland in her regular WND column.

Black Lives Matter Patrisse Khan-Cullors divisive Race Ideology: Apparently, around $25 million dollars were raised by Black Lives Matter to build a black movement, Owens questioned if this meant that “black movement” is Patrisse moving herself into “white areas”. “Why doesn’t she want to live amongst black people?” Candace Owens asked. “Why is she choosing to move herself into an all-white neighborhood?”

It looks like it pays off for Black Lives Matter leaders to serve the interests of the ultra-rich elite, which seems to be to divide the American population into sub-groups according to race and color of skin – an archaic racist attitude also practiced among the NAZIS – and then make everyone hate each other. To achieve this, the help of Black Lives Matter has been invaluable.

A divided, disunited and broken people – both economically, culturally and racially – will not be able to unite in a revolt if its elite do harm to the interests of its own population. The aid of the mainstream press has, of course, been instrumental in fueling the current race oriented hatred among groups.

I have written for twenty years warning against the return of race orientation, as it breaks fundamentally with the historic and Conservative concept of equality, regardless of race, creed, sex or ethnic origin.

I have argued in interviews and commentaries in European newspapers, in my books and in TV debates – for many years – that the radical Leftwing idea of “feeling sorry” for minorities and those with “darker skin colors,” evaluating them according to race rather than character, is a grave mistake.

It fundamentally deprives people of color of the genuine respect that all humans deserve. In many European countries, this has established a lenient standard for those with “darker skin colors” and much tougher requirements for the indigenous, European “white” population.

I have argued that this means implementing the same type of racist attitude that plagued the NAZI regime: In the National Socialist system in Germany pre-World War II, people were no longer evaluated according to the traditional Western ideal of equality regardless of ethnic origin.

They were now grouped according to race and willingness to succumb to socialist group think. Today, few seem to recall that the NAZI party was Socialist. It was an abbreviation for The National Socialist Labour Party in Germany. The NAZI party was largely Leftwing, not rightwing. Communism, Socialism and National Socialism were all influenced by the root-ideology of Marxism.

The father of modern Conservatism, British politician and thinker, Edmund Burke spent much of his life explaining why it is important to maintain the historical, Western moral philosophical traditions, precisely those which made the West a great civilization: individualism’s emphasis on independence and opportunities for all, the value ​of equality, law and order, as well as a strong work ethic.

Black Lives Matter Patrisse Khan-Cullors divisive Race Ideology: The woke, radically Leftwing movement has – alas – distorted the view of Western history to such a degree that many have forgotten the greatness of its Christian values.

For it was the Judeo-Christian contribution that unleashed the revolutionary idea that each man, regardless of class, gender, and race has a unique value.

The Christian development of human rights, tolerance and idea of equality were vital building blocks to Western success. Professor at Yale and Harvard, historian Robert R. Palmer says that it simply is impossible to exaggerate the importance of Christianity’s influence on the development of Western values.

These very values seem to be detested by the current Marxists that define the Western narrative. Naturally, to divide and conquer has long been an applied principle of power to weaken adversaries. As the Marxist Black Lives Matter has done an excellent job enforcing domestic division in the United States, they are not under any “censorship”, neither on Twitter, nor Facebook, nor under the ever growing Google search engine ban.

Long gone are the days of respect for the Christian preacher, Dr. Martin Luther King, as we descend into chaos.

Black Lives Matter Patrisse Khan-Cullors divisive Race Ideology: Also check out these topics at CNN or FOX News. Other sources may be New York Times, USA Today, the Washington Post or from the British angle, BBC, The Guardian, The Telegraph or Financial Times.