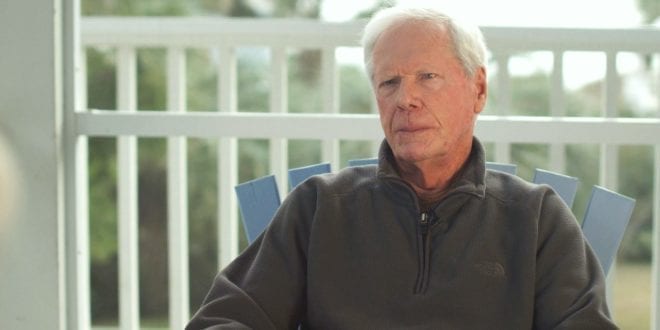 Herland Report TV (HTV): “If there is a war, Europe is going to disappear. The Russians have already said that they will not fight another war on their territory. There are no independent governments in Europe, Washington owns them.

No European leader represent the interests of their country over the interest of Washington. All of them have enabled Washington’s wars, they are all complicent in the refugees that are overrunning Europe.” states Dr. Paul Craig Roberts.

Roberts is the chairman of The Institute for Political Economy, former editor of Wall Street Journal and a well-known author of many books. He is awarded the Treasury Department’s Meritorious Service Award for “his outstanding contributions to the formulation of United States economic policy.

Roberts states: “If Russia and China have insulated themselves, it would be an enormous rise in power of Russia in the East and the complete collapse of the Western power. It would be like a world revolution.

That would be the last thing that the Central Banks in the West would want, because their main function is to expand Western financial hegemony.”

“We give the leaders bags full of money, they report to us. There are no independent governments anywhere in Europe, we own them. Then I (Roberts) remembered Tony Blair leaving office, one year later he is worth 50 million pounds. Where does that come from?

It explains why no foreign leader represents the interests of their country over the interest of Washington. All of them have enabled Washington’s wars, they are all complisent in the refugees that are overrunning Europe. It is the fault of Merkel, and the French president, the Spanish and the Italian and the rest for enabling these wars. They provided the cover, otherwise it was “American aggression”, now it is the “coalition of the willing.”

“If there is a war, Europe is going to disappear. The Russians have already said that they will not fight another war on their territory. That tells you right there. Yet, we have countries such as Norway, Sweden, countries that used to be neutral, participating in NATO exercises on Russia’s border. We have Poland and Romania allowing US to put nuclear missiles on Russia’s border.

This is like signing a death warrant for your country. All of these leaders have supported the American coup in Ukraine, which was an effort to grab the Russian naval base in Crimea, to cut them off from the Mediterranean. They supported all this. It makes no sense for these European leaders to align themselves in serving the Washington agenda.”

The Herland Report editorial policy resides above the traditional Left vs Right paradigm which we believe has lost its relevance and ability to describe the current driving forces in Western politics. We regularly feature a variety of opinion and analysis from a number of free thinkers and commentators from across the political spectrum, free from the censoring political correctness that now permeate Western media.