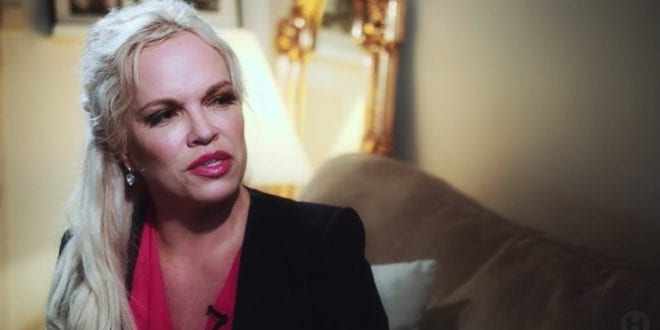 Herland Report: Christophobia in Europe, Religious Freedom in Russia: Europe has arguably become the most secularized and spiritually antagonistic region in the world, marked by “Christophobia” to such an extent that even wearing a Christian cross or any sign of religious affiliation may easily be labeled offensive, writes historian and author Hanne Herland in the World Net Daily weekly column.

The same politically correct elites who constantly complain about Islamophobia and homophobia, have nothing against practicing “Christophobia.”

It is a widespread tendency in popular culture and the mainstream media to disrespect and ridicule Christians.

This was recently pointed out by the Norwegian columnist and former lead singer in the notorious death punk band, Turbonegro, Hans-Erik Husby, alias Hank von Hell.

In the search for a better Europe, the New Left elites have chosen to diminish precisely the values that once made Europe a strong civilization. The anti-Christian hostility is quite notable.

Christophobia in Europe, Religious Freedom in Russia:Little is said about the gross persecutions against Christians in the Middle East, where according to Italian CESNUR Centre for Studies of New Religions, 600 million Christians now are under the threat of persecution.

Around 90 000 were killed in 2016 for their Christian faith, one-third by ISIS Salafi jihadists.

Yet, we hear almost nothing from the mainstream media on these issues, fearful as they are of being perceived as “Islamophobic” or “racist,” Husby stated in a recent article.

Christophobic editors and columnists want to please their liberal friends and not write about the crucifixions, the beheadings and how Christians are burned alive in the Middle East, out of fear of being labelled with the usual stigmas quickly given those who defend Christianity.

They are “illiberal, intolerant, racist, repressive, old-fashioned, male chauvinists,” and so on.

So, when musicians such as the rock band Troll sing “Kill the Christians,” experts say that such statements are within the limits of free speech.

Christians are told to expect nothing if they complain. One could only imagine if Troll chanted: “Kill the Muslims” or “Kill the Jews,” writes Hans Husby, yet Christophobia is so rampant in Europe that “kill the Christians” is a completely acceptable song title.

Christophobia in Europe, Religious Freedom in Russia: We have reached a stage where it is considered the high mark of Western civilization to accept the slandering of our own religion and cultural heritage in the name of progress.

It is regarded as a proof of how civilized our rational, scientific society has become: Christophobia is to be given all possible free space to develop.

As political radio and TV show host, Alex Jones of Infowars notes: “There is a war on Christians worldwide, coming out of Washington DC as well.

A good illustration is the steadily ongoing debates regarding the public use of crucifixes in Europe.

Schools in Italy have faced this issue as the Catholic faith is increasingly met with hostility by EU regulations which profess to speak up against discrimination, but end up instead fighting traditional European values and cultural ideals that are at the core of historical European identity.

Recently, a ruling from the European Court of Human Rights banned crucifixes in Italian classrooms, on the grounds that they “breach religious rights of children.”

Politicians all over Italy reacted, and Italy’s then foreign minister Franco Frattini said that regressive moves such as this are a death blow for European values and historical rights.

Europe’s roots lie in its Christian identity, he stated. At a time when Italy is trying to bring religion back as an important stabilizing factor in its disintegrating society, its very enemies turn out to the extreme liberal EU elites, who are supposed to make the European identity stronger in a time of upheaval, rather than tearing it further apart.

In Italy, rage engulfed many when the Court of Human Rights in Strasbourg issued a judgment defining the cross as an improper influence on European youth.

It could easily have ended up becoming illegal to bear the cross in Europe if the Court of Appeals in Strasbourg had arrived at the same conclusion as the first judgment issued in the case. As expected, citizens all over Italy, and particularly in public offices, responded by exhibiting the cross.

The judgment was understood as a clear attack on Italian culture and its religious affiliations.

Christophobia in Europe, Religious Freedom in Russia: In the search for a better Europe, the ideological and political elites have chosen to diminish precisely the values that once made Europe a strong civilization. The anti-Christian hostility is notable.