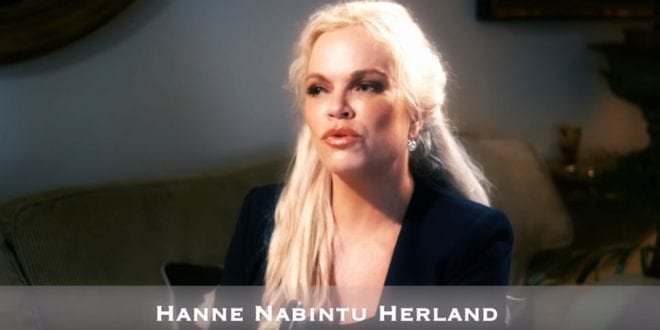 Herland Report: Herbert Marcuse: Repression of free speech, tolerance and respect for plurality has become the trademark of the New Left’ desire to silence the Majority.

To change the value system, writes historian of religions and author, Hanne Nabintu Herland in her weekly WND column.

The majority population in Europe became the enemy of this new, Leftist elite that today control the media, the publishing houses, academia and the mainstream public debate.

Socialism, under the disguise of protecting the worker, provides the best political tool to gain control over a population.

Herbert Marcuse and the New Left’ strategy to silence the Majority: An open and free society with respect for difference of opinion represents the kind of tolerance that strengthens the “tyranny of the majority”, Marcuse states, “against which authentic liberals protested.”

Marcuse’s neo-Marxist definition of a liberal is consequently a person who is bent on demolishing the ideas of the majority.

Herbert Marcuse and the New Left’ strategy to silence the Majority: In other words, suppression of non-Marxist views was needed in order to strengthen “liberal progressive” ideas. Marcuse’s words on the need for suppression clearly illustrates the lack of respect for free thinking rooted within critical theory, a tendency that later was to bloom into what we today experience as a regressive, illiberal Left.

And underlying it all, a strong socialist state and the centralization of power was vital in order for this radical shift in the West to succeed.

In this ideological environment, the EU was born in Europe as a steel and coal union-funded by the same German capitalists that had dominated Hitler’s Germany, and the work towards a Europe with a strong centralized government began.

Both National Socialism and now Regional Socialism, sought to control the European region, both bearing in common a radical dislike towards the traditional and religious European values.

The work to feverishly erase the memory that intolerant Nazi Socialism was, in fact, left-wing, has been most successful. This has been pointed out by many, among them author Jonah Goldberg in Liberal Fascism.

The National Socialist Party in Germany (NAZI) fought for a strong centralization of government and power, a rigid culture of consensus, few individual liberties and strong media indoctrination with heavy use of propaganda.

Few seem to recall that the Nazi party was a form of Socialism. Communism, Socialism and National Socialism were all influenced by this root-ideology.

At the time, Hitler fought Communist Russia, often referring to its ideology as the enemy, yet pure Marxist thinking influenced both. And Hitler steadily spoke about the importance of the Socialist approach in National Socialism, as the solution for Germany.

Herbert Marcuse and the New Left’ strategy to silence the Majority: Hermann Rauschning, who knew Hitler personally, wrote in Hitler Speaks: A Series of Political Conversations with Adolf Hitler On His Real Aims, a work that was first published in 1939 and has been thoroughly researched since, that Hitler felt profoundly indebted to the Marxist tradition.

Hitler said that his differences with Communists were more tactical than ideological.

Hitler also spoke, as stated in the memoires of his friend Otto Wagener Hitler: Memoires of a Confidant, of the importance of ending the age of individualism and transcending into a Socialist state without revolutions such as that of Lenin.

The route of revolution quenched the educated bourgeoisie, Hitler felt, thus the need to enforce a strong Socialist state without removing the structures of the elite.

As pointed out by George Watson in The Independent, this early account of Hitler’s opinions, show that he initially believed in Socialism without civil war. Hitler also deviated from Marxism by accentuating the importance of racial and ethnic heritage.

He emphasized nationalism – the belief in the fatherland, rather than “the internationalist proletariat,” the classical Marxist ideal of a borderless, “globalist” society.

Eventually, as the advocates of critical theory reached the peak of their own institutional power, they too became infected by the same virus that had plagued the bourgeoisie before them. Power tends to corrupt and “absolute power corrupts absolutely,” as historian Lord Acton put it.

The once “oppressed” progressives, – Socialist underdogs fighting for “justice for the worker” – became the new oppressive bourgeoisie who were just as skillful as the previous generation in securing power and influence at the expense of others. They became the new, illiberal Western elite.

Herbert Marcuse and the New Left’ strategy to silence the Majority: Also check out these topics at CNN or FOX News. Other sources may be New York Times, USA Today, the Washington Post or from the British angle, BBC, The Guardian, The Telegraph or Financial Times.