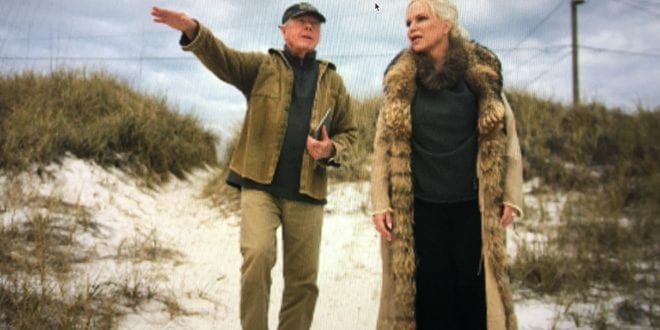 Herland Report: As the mainstream media shuts down diversity of opinion, pulling the “Fake News” card on anyone who does not see the world from the leftwing CNN angle, many feel that the West is turning into a Soviet Union.

It has long been worrying that over 90 % of the US media is owned by only 6 corporations, as it makes it very easy to manufacture consent and produce an illusion of choice.

People wonder where the authoritarian push came from, this demand for everyone to agree with the politically correct, leftwing perspective, but the idea is very old, writes historian and founder of The Herland Report, Hanne Nabintu Herland. (Illustration: Hanne Herland with Dr. Paul Craig Roberts) Voltaire spoke highly of tolerance, yet practiced the very opposite. He was famous for his immense hatred towards the Christian Church and the religious traditions in his time. His writings are filled with the very opposite of the respect for the majority view in society or the right to differ in opinion.

For example, “Christianity is the most ridiculous and the most absurd bloody religion that has ever infected the world” or “Theological religion is the source of all imaginable follies and disturbances. It is the parent of all fanaticism and civil disorder. It is the enemy of mankind.”

Yet, his disturbance and discontent with life are apparent in yet another quote: “I have wanted to kill myself a hundred times, but somehow I am still in love with life.”

Many of the angry philosophers who had such a grudge towards the philosophies of Jesus Christ reflect more than anything lack of knowledge of the very faith they criticized.

Voltaire says: “The Bible. That is what fools have written, what imbeciles command, what rogues teach, and what young children are taught to learn by heart.”

It was Christian theology in the Middle Ages and Spanish scholasticism that formed the basis of what we today call human rights, as we have seen.

Even before that, Athenian democracy spoke of the need for public debates and arenas in which intellectuals could discuss morality, politics, and social issues in a civil manner.

Yet, Voltaire’s writings are permeated with a reeking dislike of Christianity, Judaism, and Islam. He does not seem to have a shred of respect for religious freedom.

It went on to the degree that Wolfgang Amadeus Mozart, upon Voltaire’s death, allegedly burst out, saying that “the arch-scoundrel Voltaire has finally kicked the bucket.”

Previous Cave of Apelles: Adara Ryum on Biblical references in Henrik Ibsen plays / Nerdrum School
Next Covid-19 Political Threat Is Now Much Greater Than Its Medical One