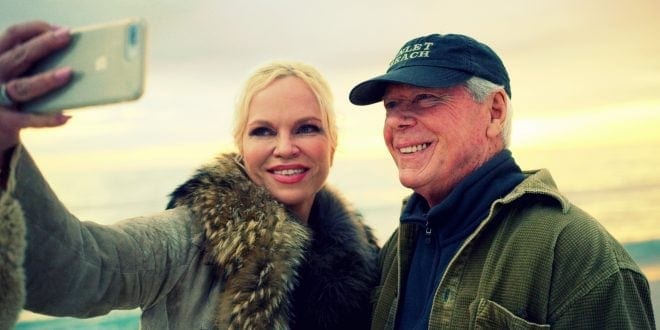 Dr. Roberts states: “The reason intellectuals like Noam Chomsky and I can speak freely is that we don’t want anything, no appointments, no grants, no favors. We are not dependent on the establishment. If we were, we would be shut down. We have a situation in the West where hardly anybody can afford to speak freely.”

What happens when socialism is implemented in a society and the requirement of group-think, like-mindedness, to act collectively with “one mind” in a system where critical thinking is increasingly forbidden?

Is the current Western elites’ dream to return to such a system? It seems so.

Progressivism is by many viewed as a totalitarian movement in the West that quenches the respect for diversity and plurality.

People like Dr. Noam Chomsky and Dr. Paul Craig Roberts are still able to speak freely and Roberts explain why in this Exclusive Short on the Herland Report TV.

Dr. Roberts is chairman of The Institute for Political Economy, a former editor of Wall Street Journal and a well-known author of many books. He is awarded the Treasury Department’s Meritorious Service Award for “his outstanding contributions to the formulation of United States economic policy.

Dr. Roberts is a regular contributor to The Herland Report TV. The programs with Dr. Roberts may be viewed here: Program 1: Neo-Con Totalitarianism, program 2: Totalitarianism in the West, program 3: The Washington Tyranny, program 4: The Hatred of the White, Hetero Male. Program 5: Financial Crisis Looming. Program 6: The truth about Trump and the media. Exclusive shorts: The role of Putin, also watch Trump and the Deep State and White, hetero males are defenseless as well as Shutdown of Free Speech.

Dr. Roberts states:  “To have a society, there has to be counter-veiling powers, a balance of power. Otherwise some group runs away with it all.”

“In America, all these counter-veiling powers are being destroyed. For examples, what was one of the main results of off-shoring the middle class jobs and manufacturing jobs was destroying the unions.”

Progressive Totalitarianism: “So, there is no longer any constraint by the unionized work force on employers. So we are back to raw capitalism because the unions, in essence, are gone.”

“The few that exist are in the public sector and they are now beginning to starve them out. They use austerity reasons, there is no longer a media to constrain them.”

“The character of the people is many ways deteriorated, they are no longer constrained by tradition, by morality, by a sense of integrity. There was always a limit beyond which most people would not go. Where is that limit now? It is gone.”

The Herland Report believes in freedom of speech and its editorial policy resides above the traditional Left vs Right paradigm which we believe has lost its relevance and ability to describe the current driving forces in Western politics. We regularly feature a variety of opinion and analysis from a number of commentators from across the political spectrum, free from political correctness.

Herland has for many years written extensively in leading newspapers and appeared as a guest on a variety of TV shows. She was born and raised in Africa, has lived in South America and currently in the Middle East, and traveled extensively in Asia. She speaks a number of languages.

Previous Weaponizing the Bureaucracy: An overgrown Executive will not long be Companions to Liberty
Next Universities were halls of learning but have become New Left propaganda tools – WND