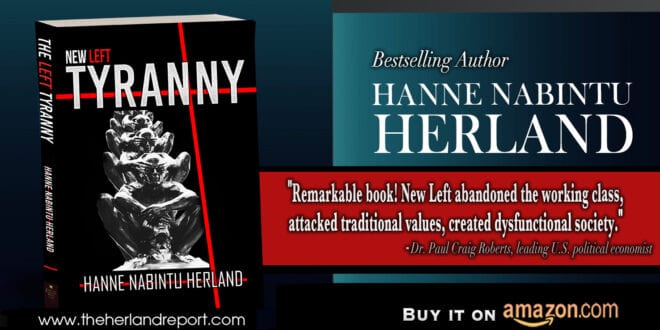 Herland Report: Neo-Marxism is the post World War II atheist, Leftwing ideology that came from post-NAZI Germany and gained ground at the Western universities in the 1960s.

It is now destroying the West, tearing apart the very pillars of society that made the West a strong civilization.

Its philosophers – who arguably have been the leading philosophers in the social sciences at Western universities until now  – such as Herbert Marcuse, Max Horkheimer, Theodore Adorno and Jacques Derrida called themselves neo-Marxists or Marxists, introducing the term.

The spoken goal was to make society better and free its members from the “mental slavery of traditional values”.

It may be argued that the very opposite has happened, as we now face cultural upheaval, division, hatred between the races, declining living standards, the breaking up of the family and national stability, and other serious signs of an impoverished society.

Neo-Marxist thought is characterized by a remarkable lack of respect for traditional, historical Western values, marked by a surprisingly strong hatred of Christianity and anything traditional Western.

It seeks to install a new set of ethics – idealizing hedonism and the breaking up of the traditional family, church affiliation and other traditional ideals that founded the West as a successful civilization.

What is Neo-Marxism? The traditional, Western culture was that of a religious foundation, implementing the need for the rule of law as man was viewed as flawed and needed correction in order for justice to prevail. Religions such as Judaism and Christianity states that man is corrupted towards evil, therefore needs to restrain himself from doing harm to others.

Man needs to actively choose to do good to others and not live selfishly, and the law is meant to push him in the right direction, for the benefit of all. In this world view, God is the saviour of man, therefore his commandments should be adhered to as the best recipe for a the best possible life in this complex world.

Ideals such as equality regardless of race, creed, class and the view of human dignity, the development of a set of natural human rights, the abolishing of slavery and a newfound standing for woman – all these were values strongly influenced by Christian ethics.

The very historical Western ideals of moderation, hard work, saving of money, refraining from selfishness in a society where honesty, fidelity, the fear of God, trustworthiness was the goal, have been scrapped. The New Left movement has been a massive failure that may mark the endpoint of Western cultural greatness.

Precisely the traditional and religious ethics deeply embedded in Western culture could have produced better leaders had they not been thrown overboard as useless relics from the past.

Neo-Marxism has been immensely successful in implementing its radical values in the West the past 50 years, and have ended up pushing Western culture in a diametrically different pathway that poises us set for massive upheaval going forward.

What is Neo-Marxism? Marxism found its revitalized shape after World War II in the Frankfurt School in Germany. This was an intellectual group connected to the Institut für Sozialforschung (Institute of Social Research) in Frankfurt am Main before the war.

The Marxist German school of thought took hold in Germany before the world war and was modified after the war and therefore renamed neo-Marxism.

Philosophers such as Theodor W. Adorno (1865-1952), Herbert Marcuse (1898-1979), Friedrich Pollock (1894-1970) and Max Horkheimer (1895-1973) launched the concept of “critical theory,” implying that science should not just describe, but also change conditions in social structures that they found to be oppressive.

Again, that would also mean, as we have seen through Marcuse’s writing: The traditional, historical values and way of life in the West were values they found to be “oppressive.”

One of its leading philosophers, Herbert Marcuse, moved to the United States and began influencing the American university systems with the same ideology after the war. Eventually, in the 1960s, the Marxist ideology gained hold in the hippie-revolution, and Marcuse became the so-called father of the student revolutions.

Herbert Marcuse, the father of the student revolution in the 1960’s, speaks openly in A critique of pure tolerance about the need to oppress the views of the majority population in order to succeed in revolutionizing the culture.

Marcuse’s illiberal words reveal the authoritarian New Left pursuit, stating that repressing the worldview of the majority is necessary in order to achieve the desired goal: To change the Western value system. Tolerance and free speech for all was never an ideal for the New Left.

In other words, suppression of non-Marxist views was needed in order to strengthen “liberal progressive” ideas. Marcuse’s words on the need for suppression clearly illustrates the lack of respect for free thinking rooted within critical theory, a tendency that later was to bloom into what we today experience as a regressive, illiberal Left.

The very historical Western ideals of moderation, hard work, saving of money, refraining from selfishness in a society where honesty, fidelity, the fear of God, trustworthiness was the goal, have been scrapped.

The New Left movement has been a massive failure that may mark the endpoint of Western cultural greatness.

Read one of my recent books on the topic, New Left Tyranny. How the West lost its Greatness for a more detailed walk-through history on this topic. In the US, buy it here. In the UK, Europe use this link or browse for the book on the regional Amazon portal in your country.

Previous The Covid-19 Vaccine Scandal is Beyond Your Wildest Nightmare
Next Covid-19 Virus Is a Man-made Laboratory Creation, Lancet Commission Concludes