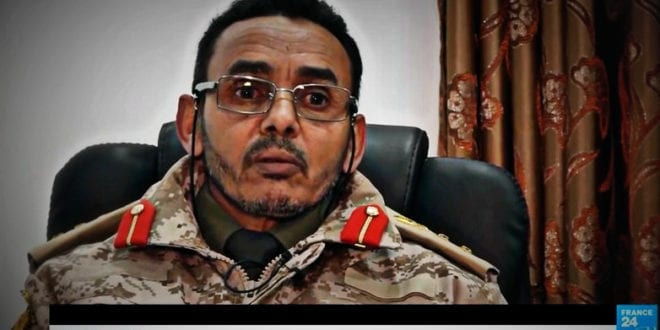 Herland Report: Just as the Syria war did not end with ISIS capturing Damascus, the events in Libya equally has taken an unexpected turn as Saif al-Islam Gaddafi has resurfaced. Many Libyans seem to favor the return of a Gaddafi, as life in Libya has been plagued by civil war and proxy armies since 2011.

The intervening Western forces with the Obama administration forefront have not been able to create peace of any sort, neither the much bespoken of “free democracy for all Libyans”.

The grim reality has rather been one of millions of refugees, death and destruction, Libya’s tribal society divided and warlords becoming immensely rich while the local population suffers. The once flourishing country is in shatters.

At The Herland Report, we have written extensively over the years about Libya. Since 2011, the shock of watching how the richest state in Africa was effectively destroyed as the West openly collaborated with Al Qaida affiliated groups, was horrifyingly demoralizing news.

Most Westerners now know that Libya was Africa’s richest state with social welfare evenly distributed across the Libyan population. Gaddafi was a liberal supporter of women’s rights, and women participated in the military forces and were encouraged to pursue an education, among other things. Many Libyans now reminisce the free health services for everyone and free education for both men and women.

Before 2011, Libya was rated as a middle income nation by the UN, a socialist state, its oil revenues prompting Muammar Gaddafi to push for an African Gold Dinar.

Ten years after the killing of Muammar Gaddafi in Libya, his son Saif al-Islam Gaddafi has reportedly given an interview to The New York Times in which he is very positively depicted as a possible new leader in Libya.

France24: Brigade leader Ajmi el Atri of Zindan says about Dr. Saif al-Islam Gaddafi, the son of ousted leader Muammar Gaddafi, whom he captured years ago and later became an ally to:

According to Libyan law, Saif a-Islam is free, he is on Libyan territory. I think that two thirds of the Libyan people favour the former regime, the other third is nostalgic for the way we lived before.

These words come from Gaddafi’s captors, who for years kept Dr. Saif al-Islam in a Zindan prison, refusing to extradite him to Tripoli, where the EU supported government had indicted him.

Watch this France24 documentary on Libya seven years on, how Western Libya is fighting the Islamists who took power in Tripoli after the NATO backed military coup in Libya 2011.

In my Foreign Policy Journal article February 17th, 2017 ” Could Muammar Gaddafi’s son Saif al-Islam Solve the Libya Crisis?” I addressed the same issues in domestic Libyan politics as the France24 documentary, as Dr. Saif al-Islam Gaddafi, then released from prison, may have the support of the people to reenter politics and unite the Libyan people under the National Reconciliation Movement.

This movement opposes, as Muammar Gaddafi also did, the Al Qaida and its affiliated groups, supported by the West. (Photo of Ajmi el Atri, the brigade leader who captured Saif al-Islam Gaddafi, now his ally. France24)

The France24 documentary describes how the Zindan area, in close proximity to Tripoli, has been the place where Saif al-Islam Gaddafi was held captive for 6 years, and freed a little more than a year ago.

France24 speaks to the commanders who imprisoned Saif al-Islam. They explain how they now are protecting him in the hope that Gaddafi might unite the Libyan tribes under his leadership and forge peace in the war torn country.

“If there is a new war tomorrow, as the legitimate army under the authority of  the government, we will fight against the Islamists armed groups operating outside the law and helped by The Muslim Brotherhood.”

“Do you want the truth? Life under the former regime was better than it is today. When we were fighting the revolution in 2011 we wanted to change things, to make things better for our country…My father said that we were protesting Gaddafi not because we hated him, but because we were fighting the corruption of his regime. Now the revolution must continue because the corruption that we see today is worse than what we experienced under the former regime. ”

The documentary stated that most of the Zindan military leaders came together under the authority of Marshall Khalifa Haftar to fight against the Islamist groups.

Please note that in 2019, much has evolved since the documentary was made, and the situation is different.

These leaders state in the documentary that the Western decision to enter into the Libyan conflict in 2011 was a major mistake.

“The revolution was a trap sold us by foreigners,” one states. Soldiers still wear the Gaddafi insignia with a green shield with a golden eagle, the mark of the Yamahiriyya movement that is now resurging in Libya on a national level.

The soldiers still greeting each other with the Gaddafi hand salute.

Alliances are now being built in preparation for the new role of Dr. Saif al-Islam Gaddafi, who was not killed in 2011, but has won new allies all over Libya.