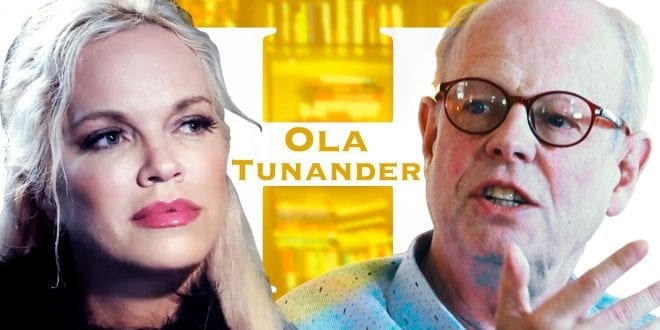 The Libya war 2011, was the detrimental moment in the Western public psyche where the general population realized in a broad manner that the mainstream media functions as propaganda channels for the rich and powerful.

Whoever want to takeover the oil and gas in Libya or in Syria, or Iraq creates a media narrative of “regime killing its own” or “lack of freedom and democracy”.

Since the same powerful groups own the mainstream media, the narrative is easy to push to the public for support. This is empire.

2011 marks the year when this strategy was revealed to the Western public as too many lies were presented as facts. Since then, surveys show that only one third of the public now believes to be true what they read in the papers.

We know that we are being misled, much to the benefit of the personal economic gain of the Davos elite.

The UK published its report in 2016, and its examination revealed extensive misinformation and fake news reported by leading media outlets.

Dr. Tunander has written books and articles on security politics, geopolitics and Cold War history,  and on the media deception Libya war. His material is well worth reading. We have yet to see a Western leader face judgement at the ICC for atrocities against humanity.

He says: “Al Jazeera became instrumental in telling lies as the Libya conflict erupted. The point is, you have to come up with a real blunt lie already from the first day – because that will then change the whole discourse,” says Dr. Ola Tunander, professor emeritus at the Peace Research Institute, Oslo (PRIO, Norway).

We focus on How media lies destroyed Libya in a series of programs, examining the period before 2011 when Libya was Africa’s richest country, the NATO engagement in 2011 and the present terror and militia rule. The series of programs with Dr. Tunander is part of the effort to highlight the Libyan case.

Media Lies and Deception Libya 2011: Dr. Tunander says: “In my book, The Libya War, I examined the changing role of Western media in creating the deception we saw in the beginning of the Libya war. The role of Al Jazeera is particularly interesting.”

[pullquote]Al Jazeera became instrumental in telling lies as the Libya conflict erupted. The point is, you have to come up with a real blunt lie already from the first day – because that will then change the whole discourse.[/pullquote]

“But after that, there was an ambition to change Al Jazeera and make it more Western-styled media; and more acceptable to the British and Americans.”

Media Lies and Deception Libya 2011:  “There was a silent coup in Al Jazeera. In the Libyan conflict, Al Jazeera had a new Western and important role, claiming that a huge number of people were killed in the first days, claiming Gadaffi’s forces killed them. The famous video on Al Jazeera showed the demonstration, people running because of the bullets, trying to hide.”

[pullquote]It was a total lie, but it was used as proof. It had enormous importance for how people understood the Libya crisis.[/pullquote]

Tunander continues: “Al Jazeera claimed it was because of this grainy video that the world understood what was happening in Libya. They argued that this was the shooting by the Gadaffi’s security forces.”

“But then, someone came up with a longer version showing that it was actually a demonstration in favor of Muammar Gadaffi – they had the green flags and so on.”

“It was a total lie, but it was used as proof. It had enormous importance for how people understood the Libya crisis. The point is that you have to come up with a real blunt lie already from the first day – because that will then change the whole discourse.”

“This was a total lie. They checked. There were people visiting the areas, there had been no bombing. It was a claim of bombing, but it was a lie, as confirmed by Robert Gates and Edward Mullen afterwards.”

“You had, for example, the CNN journalist called [Ben] Wedeman, I think it was, who claimed that Gadaffi was bombing Tripoli – he was in Tripoli when it “happened”. And there was no bombing.”

“There was no air force bombing of Tripoli or any parts of Tripoli. He could just check it, so he obviously lied, and he knew he was lying.”

Media Lies and Deception Libya 2011: “These kind of journalists were very common, if you look at the 50s and 60s. Perhaps they are common today too, and we just don’t know. But they are influential because when the media in the small countries, like Norway, Sweden, Denmark, rely very much on these journalists. They believe what they are saying.”

“That means there was some planning for the whole operation, and somebody controlled the media.”