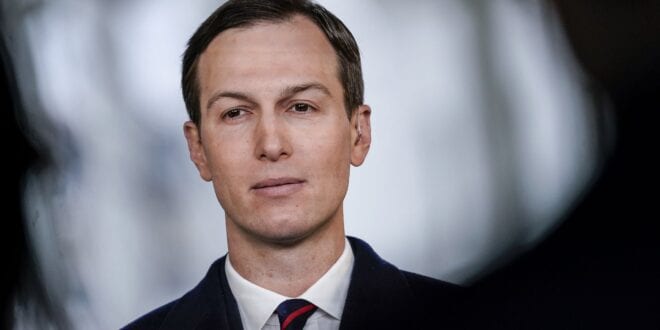 Herland Report: Jared Kushner speaks to Ben Shapiro about the spectacular Middle East peace deals that are shaking up the very structures of how Arab nations view Israel.

With major peace deals breaking the ice in the troubled region, more nations are reportedly following in the footsteps of the UAE, Bahrain and Sudan.

A position he never would have expected himself to hold, Jared Kushner left behind his work in real estate in 2016 to become a chief advisor to the newly elected President Trump, writes Ben Shapiro.

A close confidant to the president and major force in the administration, Kushner has headed up some of the White House’s most successful initiatives.

From the First Step Act to the groundbreaking new peace deals in the Middle East, Kushner and his team have been instrumental in progressing the Trump agenda.

Just weeks from the election, Jared joins the program to discuss the accomplishments of this presidency, and make the case for four more years.

Jared Kushner on the spectacular Middle East Peace Deals and Nobel Peace Prize: Kushner states: “The peace process in the Middle East is a great example of taking a problem set that has been looked at by so many people in one way for so long. It has been approached with a very stale way of thinking, so when President Trump came in he asked me to look at it.”

“It was not a topic that I had deep familiarity with and the history with it that many of those who had looked at it before had. We tried to take a logical approach to it. The closer we got to progress over the years, the louder we were criticized by our actions by the large, conventional players and thinkers, who had been doing it one way.”

Jared Kushner on the spectacular Middle East Peace Deals and Nobel Peace Prize: “What we were able to accomplish was break through a wall that had existed for a long time, to create a peace agreement between Israel and the UAE and also Bahrain. So, thanks to the unconventional approach and lots of hard work by my team, the President and this administration, we were able to get this great accomplishment that I think will create a fundamental change for the direction in the Middle East and hopefully for the generations to come.”

The groundbreaking peace agreements between Israel-UAE, Israel-Bahrain and Kosovo-Serbia were brokered by the President Donald Trump team, headed by Jared Kusher, for which Trump is nominated twice for the 2021 Nobel Peace Prize.

I congratulate the president; he so deserves it. Trump has forged three peace deals in two weeks, adding Israel-Bahrain to the above, all major breakthroughs in long term conflicts, writes historian of comparative religions and author, Hanne Nabintu Herland, columnist at WND.

It was the honorable Norwegian Parliament Member Christian Tybring-Gjedde who nominated Donald Trump, emphasizing his efforts toward resolving the decades-long conflicts between Israel and Arab nations, as well as conflicts worldwide.

Tybring-Gjedde, who also nominated President Trump in 2018, points out that the president has played a determining role in the establishment of relations between the state of Israel and the United Arab Emirates. White House senior adviser Jared Kushner stated that the deal between the two nations may be the beginning of a major change in the Middle East.

Jared Kushner on the spectacular Middle East Peace Deals and Nobel Peace Prize: Also check out these topics at CNN or FOX News. Other sources may be New York Times, USA Today, the Washington Post or from the British angle, BBC, The Guardian, The Telegraph or Financial Times.