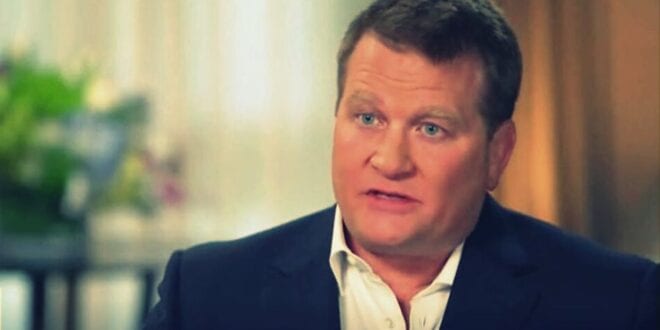 Herland Report:  The degree of collusion, corruption, mobster tactics, lies, suppression now dominating the US mainstream, is at an all time high shocking level.

What many have complained about for years is now out in the open, demonstrating to the whole world how degenerated the American system has become.

The Joe and Hunter Biden scandal and corroborations with the Chinese now makes it clear to everyone that if Biden wins, China wins the US election.

Bobulinski, a retired lieutenant in the U.S. Navy, was the former CEO of SinoHawk Holdings, which he said was the partnership between the CEFC Chairman Ye Jianming and the two Biden family members.

Joe Biden and his presidential campaign are staying mum after Hunter Biden’s former business associate went public to say he met twice in the past with the former vice president — despite past statements from Biden on the campaign trail that he had no involvement with or discussions about his family’s overseas business ventures.

That associate, Tony Bobulinski, gave an interview on Fox News’ “Tucker Carlson Tonight” on Tuesday and detailed his alleged meetings with the former vice president—one of which took place on May 2, 2017, according to text messages first reported by Fox News last week.

In 2019, Biden told reporters: “I have never discussed with my son or my brother or anyone else anything having to do with their businesses. Period.”

But Bobulinski — in his interview Tuesday — described at length how Joe Biden arrived for a Milken conference, partly held at the Beverly Hilton Hotel, and how he was introduced by Jim and Hunter Biden to the former vice president.

Speaking with Carlson, Bobulinski also claimed Biden’s denials of knowledge in his son’s foreign dealings during the presidential debate was “a blatant lie.”

The Biden Family Scandal: If Biden wins, China corruption wins #Bobulinski:  Also check out these topics at CNN or FOX News. Other sources may be New York Times, USA Today, the Washington Post or from the British angle, BBC, The Guardian, The Telegraph or Financial Times.

Previous Jared Kushner on the spectacular Middle East Peace Deals and Nobel Peace Prize
Next The biggest political scandal in US History: The Plot against the President