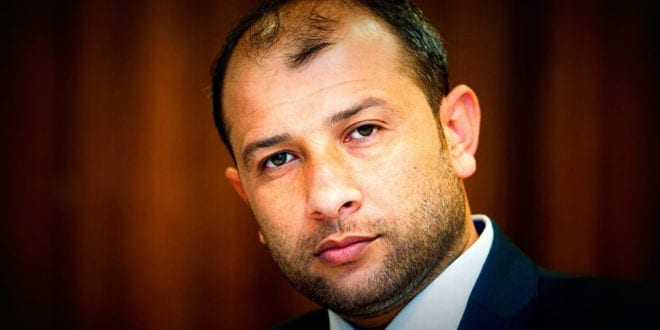 It is the greatest scandal of our time, how the West has ended up supporting Al Qaida affiliated groups all over the Middle East.

We are actively aiding groups such as the Al Qaida affiliated White Helmets, even though it has been proven that the group only appears in rebel held areas in Syria.

They use the same children again and again in different pictures, film crews on a number of occasions documented that White Helmets are pictured together with Al Qaida soldiers.

No Western organizations are on the ground and the videos filmed are arranged photo shoots. In alleged chemical attacks ,that have not been verified, White Helmets videos contain their personnel murdering children, as recently pointed out by Swedish Doctors of Human Rights.

When people fled East Aleppo, many stated that no one living in the area had heard of White Helmets but stated that the group was the Al Nusra Civil Defence Force (Al Qaida in Syria).

Everyone must by now be aware of the White Helmets scams, unless one is a supporter of the Al Qaida affiliated group.

This cannot be interpreted in any other way than Oslo Freedom Forum’ acknowledgement of Al Qaida affiliated groups work in Syria.

While watching the Norwegian newspaper VG’s cover of Syria, the unlimited support to the White Helmets is also apparent.

It’s time for the Norwegian population to understand that we are – as stated – not fighting the terrorists,  but we are protecting them.

Norwegian forces are now deep into Syria, aiding rebel groups of the sort that steadily change names. South Front recently put out this video, which analyses the Norwegian effort to fight The legitimate Syrian Arab Army, siding with the terrorist groups that seek to dismantle Syria, as previously has been done to Libya, Iraq, Afghanistan and other countries in the Middle East.

Take the time to read how the Oslo Freedom Forum presents the leader of the White Helmets below.

Mark that this is how the White Helmets are presented, after the media has been fully informed of the ongoing White Helmets scams, misuse of children, abuse and killing of children, fake tweets in particular using pictures from the Iraqi war and claiming it is Syria today and so on.

“Raed Al Saleh is the head of the Syrian Civil Defence(??), better known as the White Helmets, a non-profit which consists of almost 3,000 volunteers who work to “save lives and strengthen communities” in Syria.

After bombings and airstrikes, the White Helmets rush to the scene to minimize injury and property damage, and to save as many lives as possible.

Before the Syrian Revolution, Al Saleh worked as a businessman, but when the protests started in March 2011, he began organizing demonstrations and peaceful protests in his hometown of Jisr Ashughour.

He was forced into hiding when the Syrian Army invaded the city in June 2011.

He returned to Idlib, Syria by the end of 2012 and soon became a relief worker, aiding displaced people and refugees.

Al Saleh joined the Syrian Civil Defence in 2013, and helped set up 20 teams in Idlib in just one year.

He was later appointed as the head of the Syrian Civil Defence for liberated areas and now oversees 114 stations. The White Helmets were nominated for the Nobel Peace Prize in 2016, and a documentary on the group’s work, titled “White Helmets,” won an Oscar in 2017.”

Facts about Idlib: Predominantly populated by Sunni muslims, was the focus of the early Syrian uprising in 2011, and early became a sunni-extremist rebel held stronghold in Syria.

It is equally interesting to read how the Al Qaida affiliated White Helmets’ work is portrayed, after a representative visited Norway.

The content of the White Helmets’ own home page is quoted with no reservation:

It is high time Norway ended its relentless support to the Al Qaida groups in the Syrian war, and their affiliated NGOs such as the White Helmets.