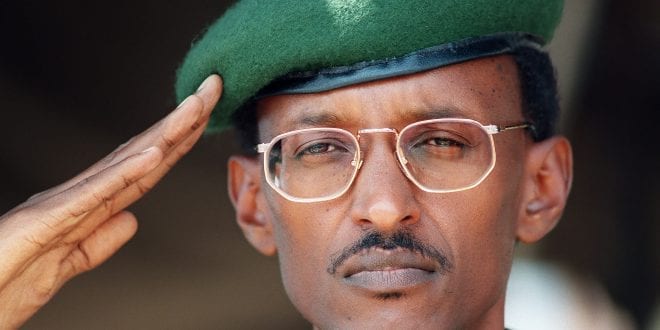 Herland Report: In the wake of NATO’s new war in Africa, the modern Scramble of Africa where the US/NATO are stepping up the trade war on China, where are the voice of the African leaders?

[pullquote]Kagame: African leaders go to Europe for the photo opportunity, to sit with the president of France to talk about Africa’s problems.[/pullquote]

How do they explain the complacency, corruption, the enormous wealth of some African presidents and the lack of development in country after country?

Do they have any plans to combat corruption on state level?

Rwanda’s president, Paul Kagame recently lashed out against the lack of responsibility among African leaders, whom he said, sit around and wait for Europeans to make a congress in Europe to address African conflicts.

Then the African leaders gladly go, Kagame says, especially for the event of sitting down with the President of France for the photo opportunity.

[pullquote]Kagame: African leaders wait for Europeans to make a congress in Europe to address African conflicts.[/pullquote]

“For so long we have discussed African conflicts, their historical roots, reasons for conflicts. We have quite a good idea as of what is needed in order for the conflicts to be resolved.”

“The question is, if we have analyzed the conflicts and the causes for so long, then what? It comes to the point that African leaders should actually deal with these issues.”

“When it comes to Africa, many have observed that we must take our own responsibility and respect our failures in dealing with these conflicts.”

“Our leaders, who should have been working together all along in order to address these problems that are affecting our countries, and solve them, – they wait until they are invited to go to Europe where somebody adresses their problem in some congress. Why are they waiting for Europe?”

President Kagame: “It is like African leaders have to be made to sit down by Europe to address the problems. What image does that give about Africa? It gives the image that we are not there to even address these problems.”

[pullquote]What image does that give about Africa and its leaders?[/pullquote]

“We go to Europe for the photo opportunity, to sit with the president of France to talk about the problems. It does not make sense that our African leaders are not able to solve their own problems.”

“I think this is the serious problem. African leaders don’t need to be invited anywhere to address our issues. We can invite ourselves to come together to tell each other the actual truth about our own, serious issues.”

“Look at the problem of South Sudan. The first issue was their desire to get independence, which turned into a problem. They ended up fighting among themselves, first to fight for independence, then to fight each other. It should have been resolved by their leaders. Call upon other African nations to help.”