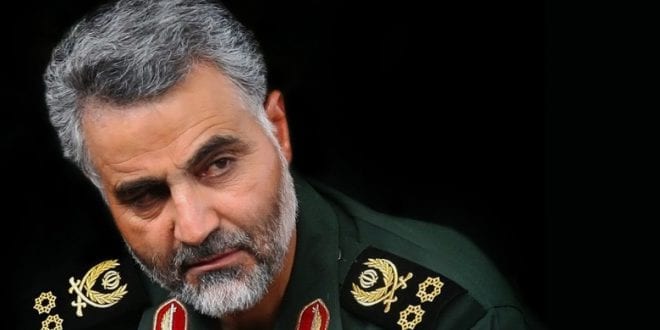 Escalation to world conflict due to Energy Trade?

Herland Report: If a regional war was to erupt, the implications may escalate to a world conflict, due to the volatility of the energy trade.

The US assassination of General Qasem Soleimani will not affect Iranian capabilities much, said commentator Daniel Pipes.

“The killing of Soleimani is unlikely to achieve the goal of moderating Iran’s international behavior. Rather, just the opposite is likely to occur, with a flurry of violence and other destructive action emanating from Iran,” argues Michal Tkacik.

The outcome of the removal of the Iranian head of Clandestine Operations Quds Force, who spearheaded Iranian paramilitary influence in the region through proxies and foreign policy, might also be quite another than some expected: The ongoing war over who controls oil could catapult nations into an energy crisis.

With Israel on code red warnings, Saudi could be dragged into the quagmire. In which, by the way, they already are.

If Iran was to close off the Strait of Hormuz, China is again shut off from its sources of energy. The implications would be world-wide.

A regional conflict and higher oil prices is already affecting China. The United States, on the other hand, benefits economically from the Middle Eastern turmoil. Last year, China imported 459.3 million tons of crude oil, a 10.1% year on year rise worth a record-breaking US$239.2 billion. That represented a 20.2% share of total global consumption, according to China’s National Bureau of Statistics:

Saudi Arabia, a country in massive transition the past five years, “is the world’s largest oil exporter, leader of the Organization of Petroleum Exporting Countries (OPEC) cartel and the world’s third largest crude oil producer after the US and Russia. The Asia-Pacific, home to some of the world’s largest net oil-importing nations, is increasingly dependent on Saudi oil to fuel their fast-growing economies.” The US economy, on the other hand, will benefit from higher oil prices and conflict abroad, especially if it hurts China.

Financial Times reports that  since the killing of the Iranian leader, the oil price has risen to 70 USD a barrel, the gold price is at its highest for seven years and equity markets have sold off across the world.

For oil countries, the killing of Soleimani ironically is very good news.

If prolonged to a deeper crisis, it might fuel the American economy out of its debt ridden state.

The long standing war in Yemen over who should control the Bab el-Mandeb Strait is also a geopolitical struggle over energy. Whoever controls the Bab el-Mandeb controls the Suez Canal. International trade heavily depends on these two straits to remain open and accessible for the thousands of tankers who transport oil and other goods.

The Bab el Mandeb strait in Iran supported Houthi rebel hands would be non-tolerable to the Saudis. All the while, the Yemeni people are the victims of the ongoing scramble for power.

The strait separates the Arabian Peninsula from Africa and links the Red Sea with the Gulf of Aden and the Indian Ocean.
Most ships using the waterway have come from, or are going to, Egypt’s Suez Canal, which connects the Red Sea with the Mediterranean and which contributes about $5bn a year to the Egyptian economy, writes Financial Times.

Controlling the two straits is therefore vital in the geopolitical scramble for power over the Middle East energy resources.