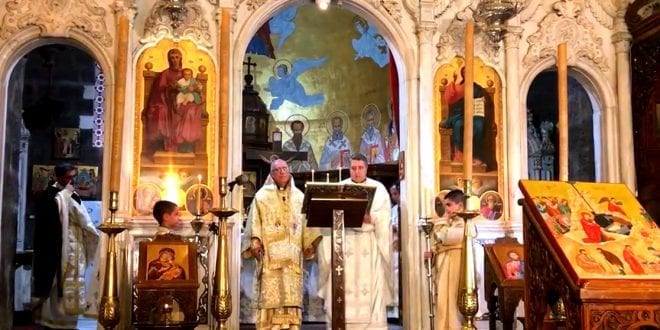 Christmas is the world’s largest celebration of the love between God and man. It is the existential love story that brings a deep sense of meaning into the lives of the human race, asserting that we are not alone.

It is also the arena where we combat the evil forces that co-exist here with us, in a mental fight that Christianity professes is best won by connecting to the eternal, spiritual source of power found in God, the Creator of all things, writes historian Hanne Nabintu Herland in her World Net Daily Christmas column, America’s largest conservative news network.

This represents a deep, inner source for healing available to each of us through the mental communication with the spiritual realm and the Creator.

The light of Jesus Christ: The Christian message explains that the Almighty Maker of this world provided a solution to the calamities of men and the evil works of Satan and his forces present in this earthly realm.

“For God so loved the world that he gave his one and only Son, that whoever believes in him shall not perish but have eternal life,” explains John the Apostle in John 3,16.

By adhering to Christ’ recipe for the best possible life, by receiving the gracious gift of spiritual light and practicing love for human kind, man is given a path to eternal peace.

The recipe for a more peaceful life includes acquiring this deep mental connection and then doing good to others, attempting at the best of your ability to provide truth and love, making the world a better place.

This is the message that has been conveyed in thousands of churches all over the Middle East where Jesus lived several thousand years ago and his message first was distributed, as well as among the billions of believers that adhere to the Christian way of life all over the world. (Feature photo: Damascus, Syria Orthodox Christmas worship, 2017.)

The light of Jesus Christ: The path to freeing oneself from the forces of darkness accelerates when one comes to the understanding that light is impossible without the source of light, which is God, the Creator.

As God is light, He becomes the only source of our redemption from darkness.

God’s method to bring knowledge about this existential light was the delivery into this world of the baby boy Jesus Christ – which is why we celebrate Christmas. This teaches the largest religion in the world, Christianity.

Upon opening the heart and the innermost parts of man, searching to connect to God mentally, the reality of Jesus Christ is revealed to men.

This is mental health in the deepest sense. By searching for the spiritual and physical reality of the Christ, a mental path opens and one begins a spiritual journey that disconnects man from the present evil and connects him to the source of light.

A great help is studying the most read book in world history, the Bible – a collection of several thousand years of writings that provide exquisite literature, wisdom, anecdotes, history, poetry, prophetic writings and much more.

Connecting to other believers, such as the Orthodox community and authentic Christian churches, man may learn to tap into the existential wisdom that elevates the individual and frees him from the torment of depressions and anxiety, hopelessness, emptiness and fear.

In this process, man is given the mental tools to combat evil, explains Christianity. The path to inner freedom and peace – in the midst of the storms of this world – then begins to open up.

The Bible is a several thousand years old historical document and represents the back bone of Western civilization.

The demonization of the Bible is currently at its most rampant in the West. Atheist Liberalism seeks to quench the spiritual voice in this vast, historical literature that has brought hope to billions across the world, quenching the light and hope from the Almighty, hindering it to reach the many Westerners struggling in the current darkness.

In essence, this world is engulfed in starkly opposing forces of good and evil, light and darkness. This existential battle is taking place within the heart of man as well as in society and in the spiritual realm above us.

The degree of evil now seems to be at its peak, human rights discarded, egoism trumping love, war and greed across the globe, natural disasters, the war between the sexes crushing the family, rampant abortion, legalized mutilation, mental confusion and hopelessness, millions not born causing population decline in the West.

Many forget that the classical Western values that once made the West such a great civilization – the values and ideals now left behind in the woke, Liberal atheist West – stem from the very same Christian message first delivered by Jesus Christ.

It is impossible to exaggerate the importance of Christianity’s influence on Western values. It was, for example, Christianity that introduced the principle of equality, which unleashed the revolutionary idea that each man, regardless of class, gender and race, has a unique value. It was Christian priests and activists that put an end to slavery, emancipated the woman, first formed the idea of human rights.

The light of Jesus Christ: The atheist, Marxist New Left’s war against the Church is raging and totalitarianism is again engulfing the West. Yet, this is precisely the environment that makes Christianity the perfect choice, the path to mental health in a tormented world.

The current authoritarian, censored state of affairs that we live in, is similar to what Jesus was born into. The Roman Empire was initially strict in its intolerance and persecution against Christians and other unwanted groups.

The Jewish people – Jesus was a Jew – were handled with remarkable force by the Romans if they revolted against the tyranny. In the end, the Temple in Jerusalem was crushed and the Jews dispersed from their country to live homeless among other nations for two thousand years.

In the famous Madison Square Garden Crusade, the leading Christian preacher, Billy Graham repeats the Christian verdict by saying that the heart is the seat of a man’s conscience and light.

Therefore, the Christian message requires that man humble himself and seek repentance from God in order to better himself. He cannot enter a state of mental peace with God without first being influenced by the light. Only then will his darkness evaporate.

The existential path opened by Jesus Christ is a revolutionary passage to mental health in a steadily darkened world.

This is what we celebrate at Christmas. The baby boy born in a manger far from the palaces of power, became the Saviour of the world.

As he was celebrated by shepherds and astrologers who saw his massive star flare up the heavens, they knew that a remarkable revolution was taking place.

Since then, Christianity has become the world’s largest religion with billions searching for the light of Christ in order to combat evil. Merry Christmas!

Previous The Nouriel Roubini warning of staggering amounts of debt that will lead to “the Mother of all Economic Crises”
Next John Rockefeller: How he took control over Modern Medicine