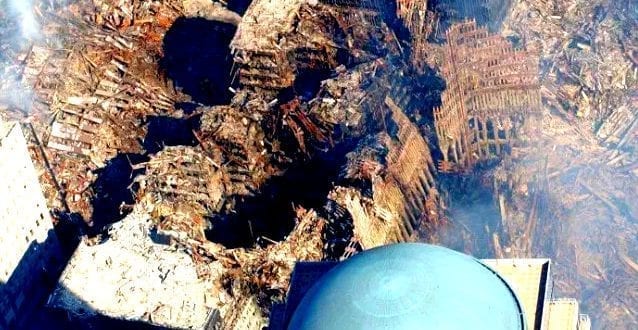 [pullquote]All of these lies have been exposed, but the facts have been kept from the vast majority of Americans. [/pullquote] The study also concluded that “the collapse of WTC 7 was a global failure involving the near-simultaneous failure of every column in the building,” writes Dr. Paul C. Roberts, one of America’s leading political economists, the chairman of the Institute for Political Economy and a regular guest at The Herland Report. To pull a building means to bring it down by controlled demolition.  Later, Silverstein tried to retract his admission and claimed that he meant the decision was made to pull the firemen out of the building on September 11, 2001, but according to reports no firemen were in the building as the fires were not regarded as of any consequence.

After 17 days, the report about the September 11 civil engineering team remains unmentioned in the American media except for a local Alaska TV station and a local Alaska newspaper.  The report went straight into the Memory Hole.  The vast majority of the American people will never know that the information has been kept from them.

The pile of lies that constitutes American awareness is very high. Indeed, it is as high as the hundred-story twin towers: the lies about Gaddafi and Libya, Saddam Hussein’s “weapons of mass destruction,” “Assad’s use of chemical weapons,” the Taliban, Osama bin Laden, Yemen, Pakistan, China, Russian invasions, World War II, World War I, Vietnam War, overthrows of Latin American governments, Ukraine, Spanish/American war, and on, and on.

All of these lies have been exposed, but the facts have been kept from the vast majority of Americans.  Historians such as Howard Zinn in his book, A People’s History of the United States, and Oliver Stone and Peter Kuznick in their book, The Untold History of the United States, attempted to make Americans more aware of the false reality in which they live, but the small number of voices on the side of truth are simply overwhelmed by a massive propaganda machine.

[pullquote]The reason for the dim future that the United States faces is that explanations are controlled by elites in the interest of their agendas. There is no independent media except on the Internet, and that media is being overwhelmed by the numerous elite-sponsored websites.[/pullquote]

Many Americans are too mentally and emotionally weak to come to grips with the possibility that the events of September 11, 2001, were a false flag attack orchestrated in order to serve agendas hidden from the American people.  They are much more comfortable not to look at the evidence and simply dismiss it as a “conspiracy theory.”

The families of those killed in the twin towers made a stink about the unexplained total failure of US national security.  No one was held accountable for the amazing security breaches and dysfunction of the national security state.  Washington tried to buy off the families with money, but only partially succeeded. The “Jersey Girls” helped to rally impacted families.  After one year of stonewalling their demands for an investigation, the White House finally agreed to a political investigation and appointed the 9/11 Commission, which avoided a forensic investigation.

In contrast to the families who lost members in the twin towers, I have never heard anything about a similar organization of families of those who died in the hijacked airliners.  Perhaps they are included in the 9/11 Family Steering Committee.  If so, they must have been silent members.  I have not come across any sign of them demanding explanations.  It is almost as if they don’t exist.

Those who know that they have been lied to about Septermer 11, 2001, are still trying to get truthful answers.  A report on their latest efforts can be found here.